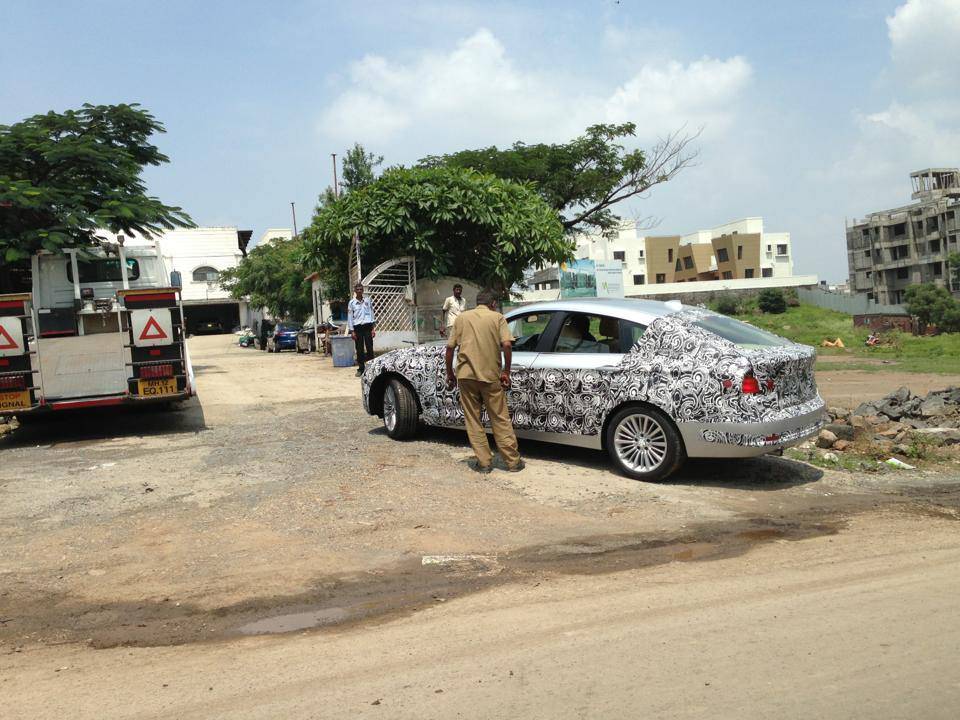 As reported just a few days back, a test mule of the upcoming BMW 3-Series GT has been caught somewhere near Pune. The car is draped in the traditional swooping camouflage. 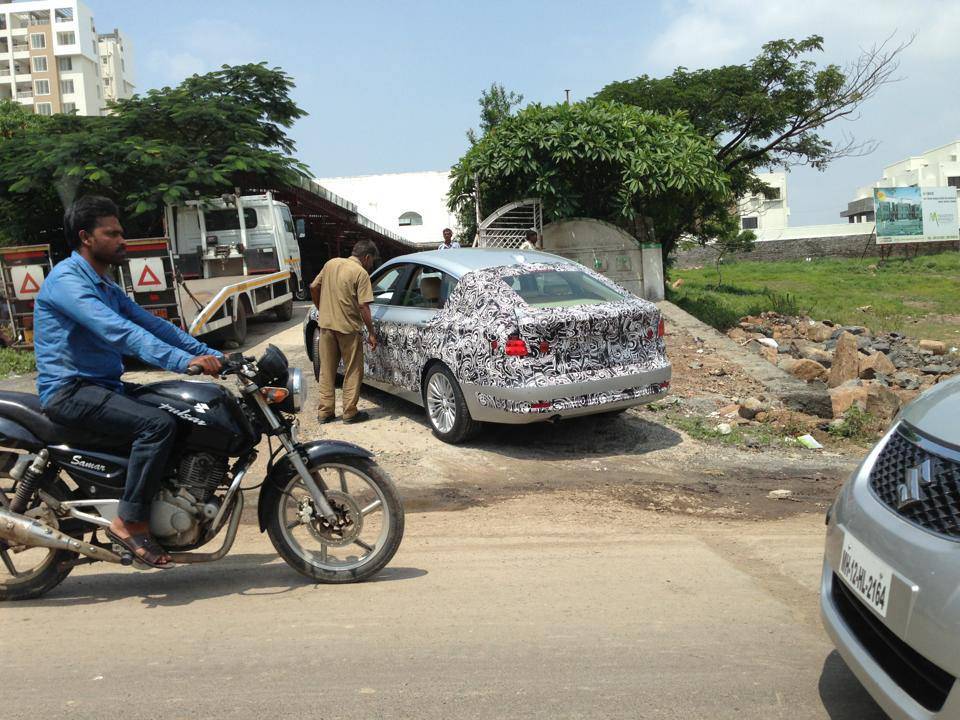 No doubts on the matter of the GT version possessing more striking looks than the regular 3-Series. The 3-Series GT is a perfect blend of  flowing curves as well as atrocious edges. It is the front fascia of the car that looks intimidating, with its headlamps and the signature BMW engine grille. However, the car assumes  a subtler approach at the rear, with the roofline gliding down without much ado.

However, the 3-Series GT isn’t just a botox-shot facelift over the regular 3-Series models. It has got spunkier engines and a tighter handling as well justifying the ‘GT’ moniker unlike the recent launches that have taken place in our market. Though petrol engine options have been announced for Europe, reports point out that India may just get the diesel versions only.

Here are the possible options :

Power will be transferred to the rear wheels via an eight-speed gearbox. It is claimed that the 3-Series GT can do a 0-100 kph sprint in under 8 seconds.

The 3-Series GT features significant improvements in interior quality as well as the spaciousness. In the cabin, front and rear passengers are accommodated in a seating position that is raised by 59 millimeters. Rear seat passengers have a 70 millimeters legroom increase. The interiors will be classier than the regular 3-Series, with a soft-touch trim.  The seats and its upholstery are expected to be top notch, and the fit and finish immaculate.

The car’s 520 litre boot capacity outstrips that of the BMW 3 Series Touring by 25 litres.  Some of the other features include a 40:20:40 split/folding rear seat bench, two-piece parcel tray and tilt-adjustable backrests. The rear seats can be reclined for a more relaxed seating position. However, they can also be folded down to increase the boot space to a gigantic 1,600 Litres.

BMW could bring in the 3-Series GT at the 2014 Delhi Auto Expo. The vehicle will be sold as a CBU, and will retail in the region of 45-50 lakhs INR. Nevertheless, we feel it would be a fine addition to anyone’s garage. Now, that the car is on the roads testing, we can  be sure of its Indian innings very soon!