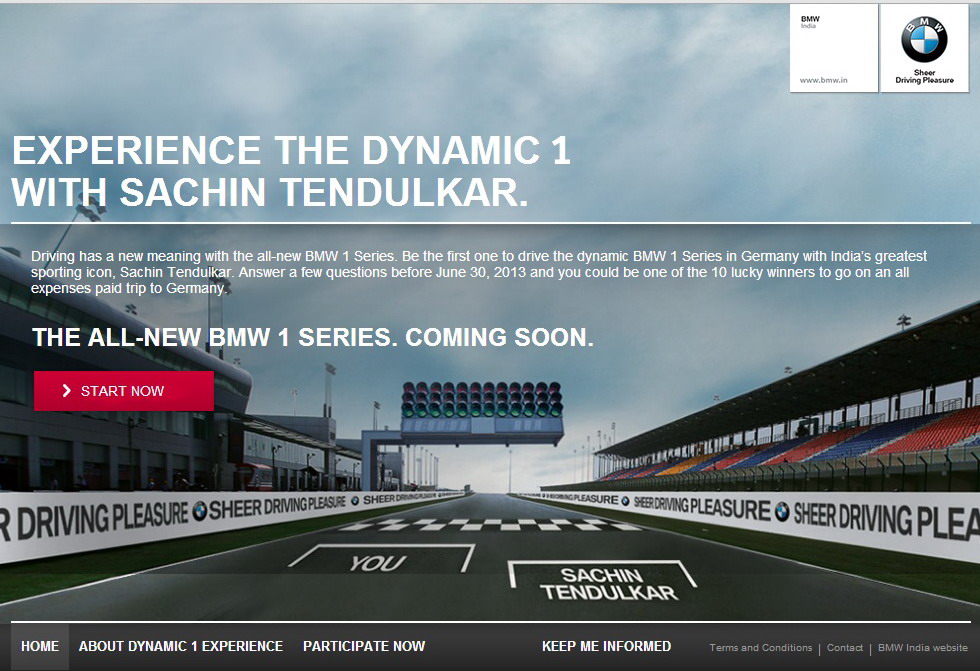 Mercedes launched their smallest A-Class barely a few days back. It formed a new compact luxury hatch segment in India and extracted the first mover advantage by receiving 400+ bookings in 10 days of launch.

However, Mercedes’ happiness has been cut short by BMW today! Acting up very fast, BMW has declared a direct attack on its arch rival and has officially announced the arrival of its smallest car in India – Alll-New 1 Series which will go head-on against the A-Class. Today’s Times of India carried out a half page ad of the 1-Series.

BMW has also launched teaser site for the car which can be accessed at www.dynamic1.in. There is also a promotional contest wherein you can participate by answering a few very basic questions and what you will get if you are one of the 10 lucky winners? Guess?

You will get an all expenses paid trip to Germany + Be one of the first people to drive the 1-Series + Alongside the cricketing icon Sachin Tendulkar!

The contest closes on 30th June and the winners will be announced on 1st of July!

Apart from all this, with this latest advertisement and contest, has BMW advanced the launch month from the earlier (speculated) September? 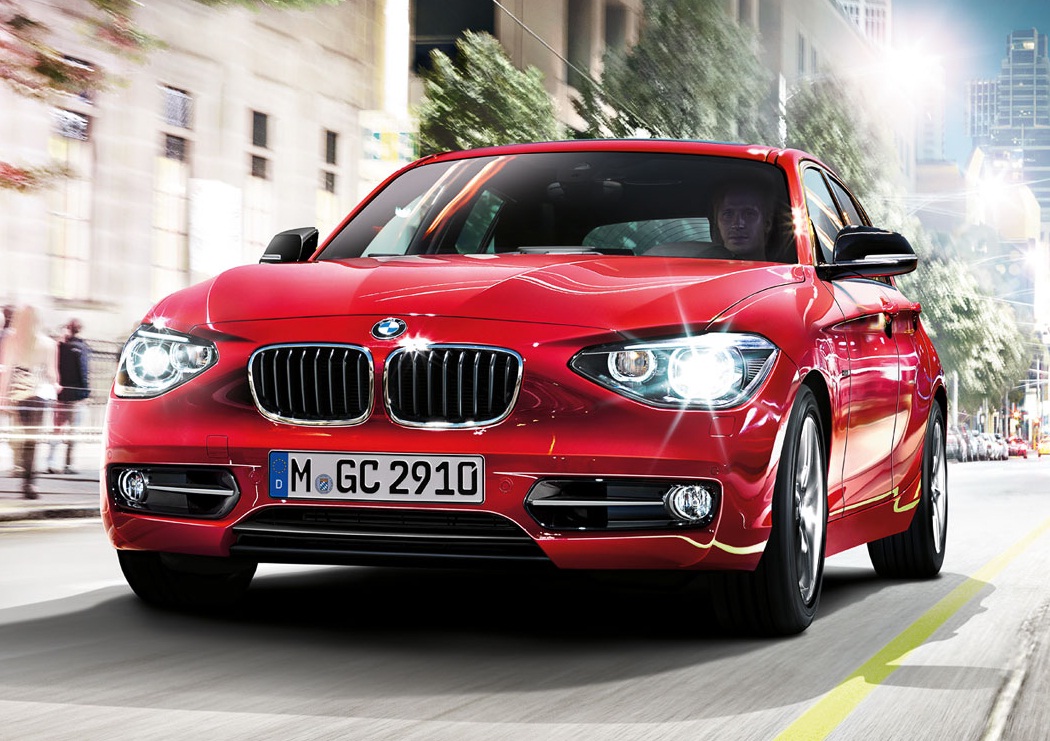 What is BMW 1-Series?

1-Series is BMW’s smallest offering in the world. Two engine options power the rear wheels of the car and come in various tunes- 1.6L petrol gets 102bhp to 170bhp whereas the 2.0L diesel gets 116bhp to 218bhp of power. The biggest point going in favor of the Bavarian is the fact that it will be assembled here in India against the CBU import of A-Class. This should have a direct impact on 1-Series’ prices which, we expect, will be significantly lower than A-Class.

So which side are you on?