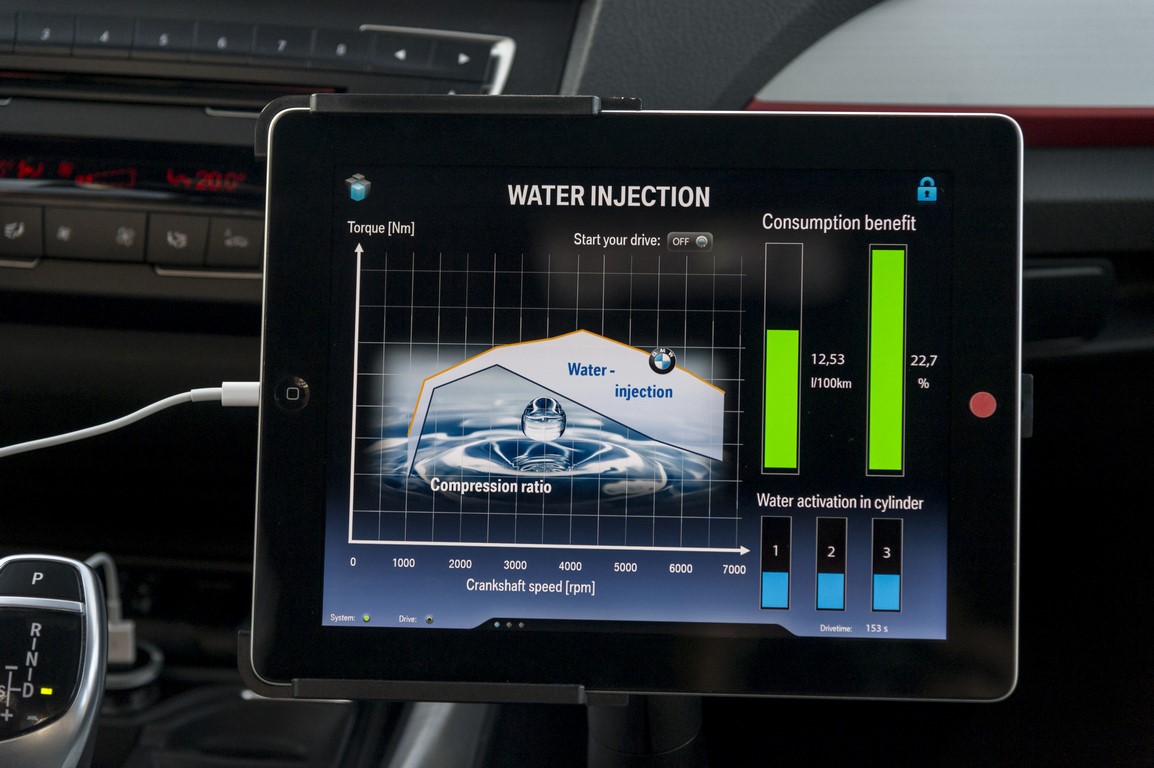 BMW is bringing technology from race tracks to public roads. Direct water injection made its way to the BMW M4 MotoGP safety car. The company, now, is planning to bring that to normal road going cars. At the ongoing BMW Group Innovation Days 2015, the company is going to showcase a three cylinder petrol engine with water injection based on a 1 series model.

In the M4 MotoGP safety car, the engine is modified version of the six cylinder high revving unit and produces 431 PS of power and 550 nm of torque. The water injection system into the intake manifold helps the car produce extra power, torque and efficiency. In the prototype of the three cylinder 1 series engine, the water is injected directly into the combustion chamber. 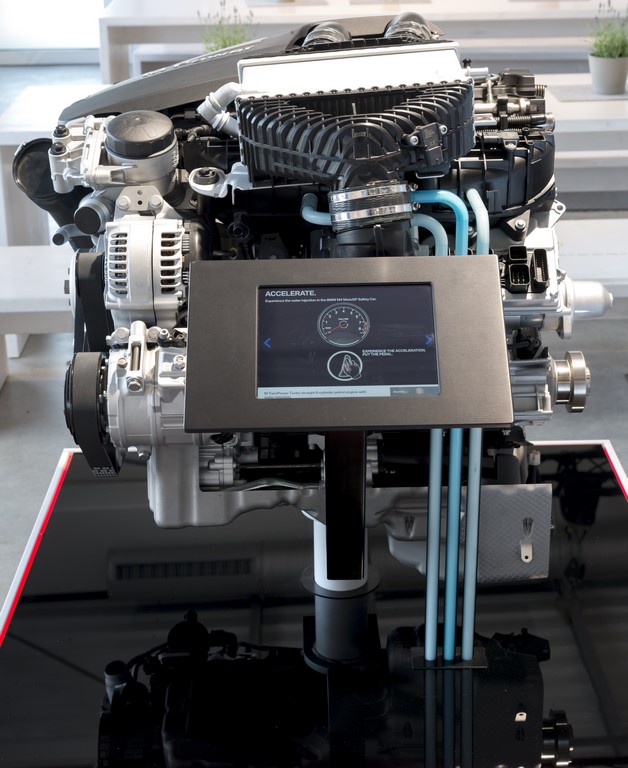 Direct water injection helps the engine to utilize the turbocharging more effectively. A fine spray of water is sprayed into the intake manifold where it evaporates, reducing the combustion temperature in the engine by 25°, especially at full throttle. The company claims that water injection helps in improving the real world fuel economy by 8 per cent. Lower combustion temperature also helps in reducing emissions and uncontrolled knocking. 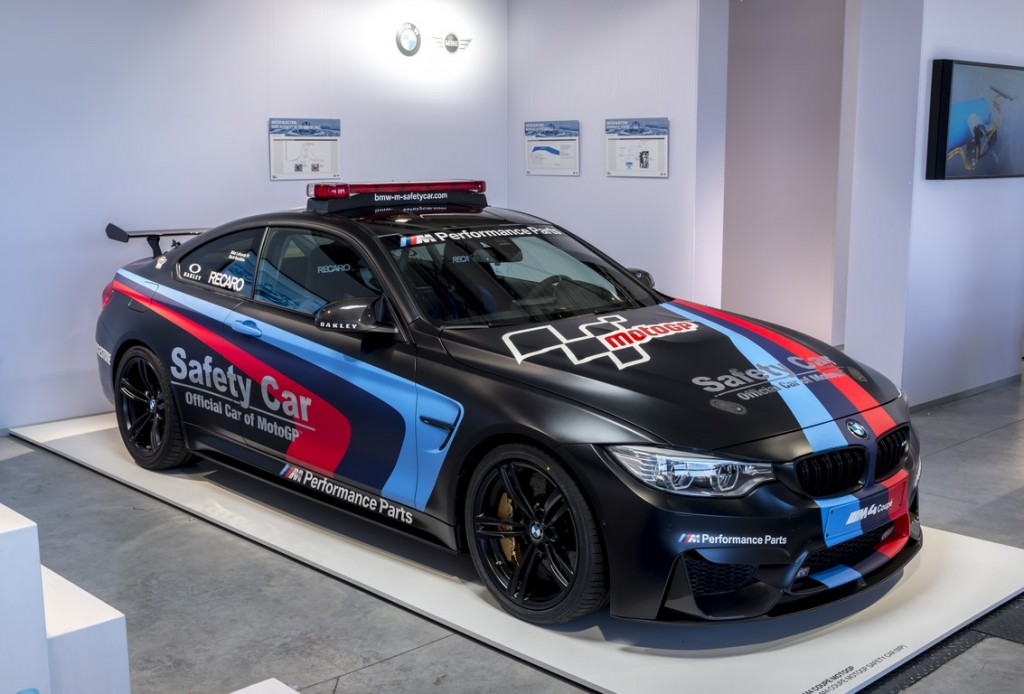 In the M4 MotoGP safety car the water for injection is refilled every time the car is refuelled. However, in the direct water injection system destined for future production models, there would be no need to add water. Unless the car is being run in exceptional climatic conditions (which may probably include harsh Indian summers), the self-replenishing system will continue without a bother thanks to the continuous recovery of condensed water from the air con system.