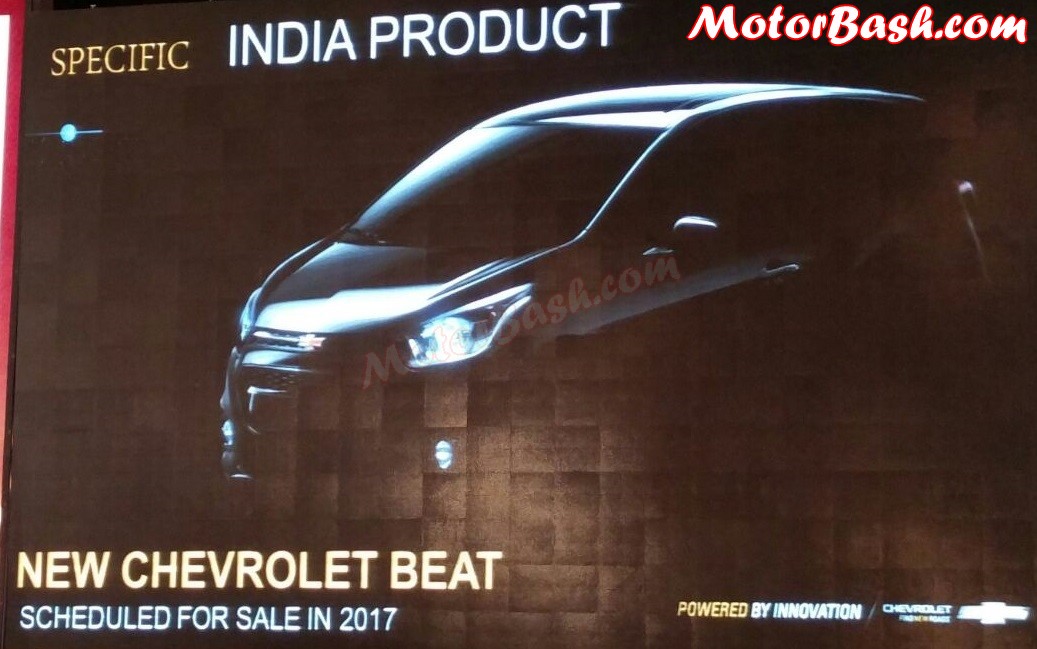 At the ongoing SIAM Annual Convention in Delhi which is being attended by our correspondent Neelanjan, Chevrolet has teased the Indian version of new Beat hatchback which has already been confirmed for launch in 2017.

Ever since the Next-Gen Spark (international name of Beat) was unveiled, it was expected to make its way into India as well, however, a report confirmed that we will get our own version of the car and true to that story the silhouette of the new 2017 Indian Beat resembles the current production version but has a few traits of the international model.

Here are a few key pointers which we can notice..

In terms of engines, the new 2017 Indian Beat may carry over the same set of motors. We are okay with the 1.0 Liter TDCI diesel but let us hope the 1.2 Liter petrol mill gets a makeover, or probably an altogether a new mill is introduced. Also remember, Chevrolet has confirmed that a compact sedan will be made out of this new Beat.