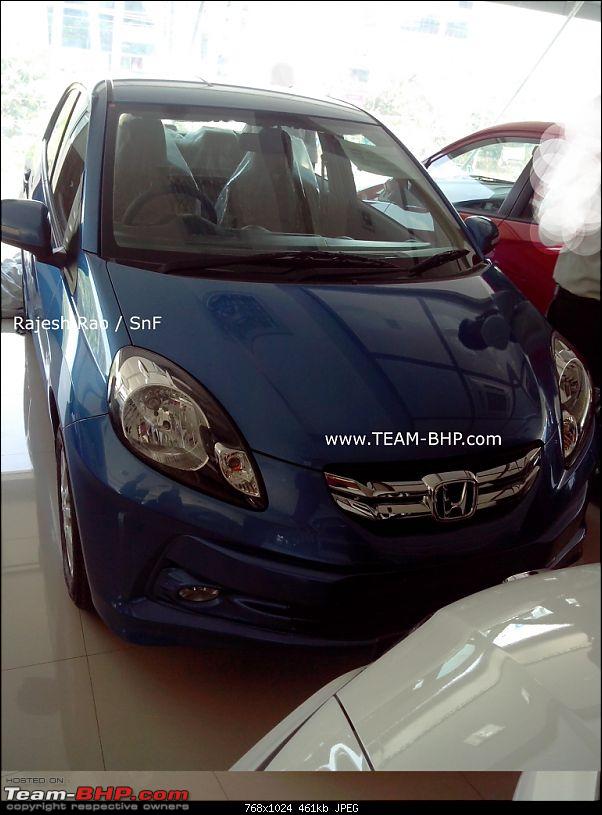 All this while, I have been talking with my team mates where, in the whole world, are any kind of spyshots, dealer shots of the upcoming Honda Amaze.

And here they are, published at Team-Bhp! Here are the important pointers what we can notice: 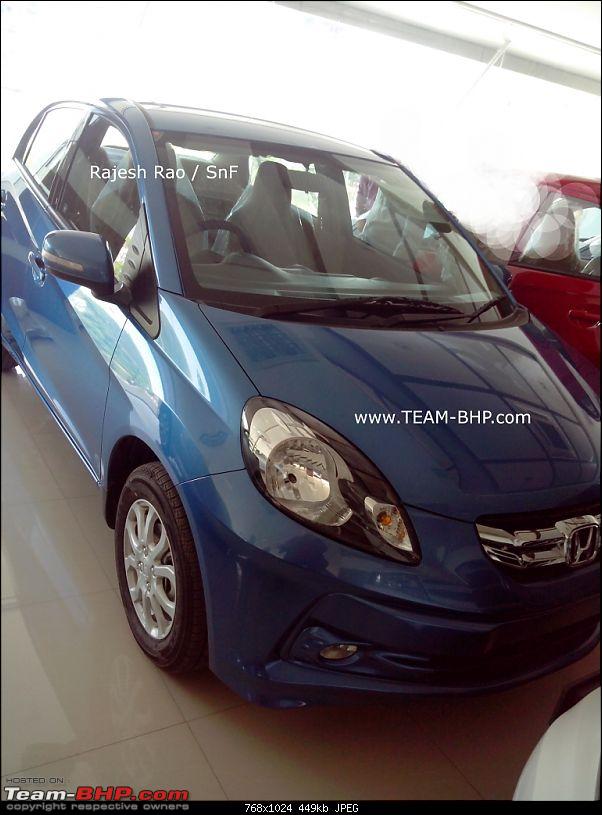 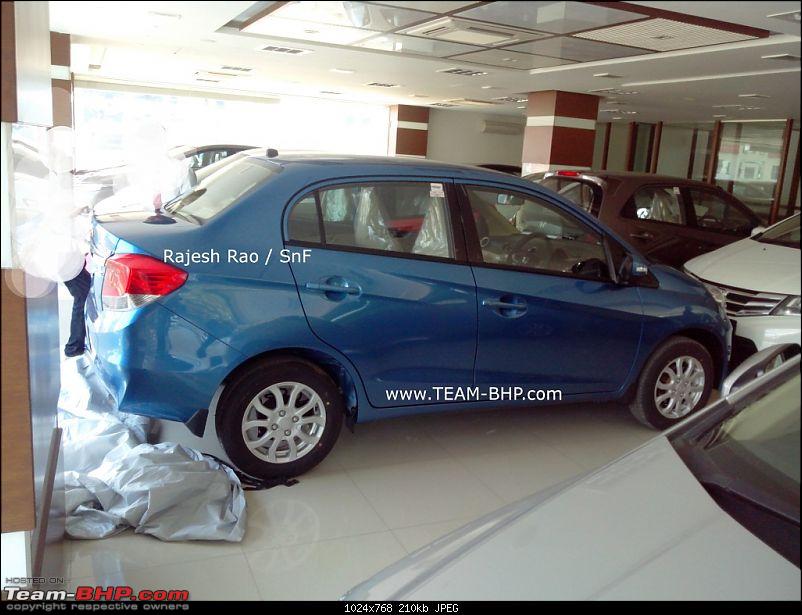 This appears to be some dealership where the car was kept under cover (we would also love to know which dealer has such a clean and posh dealership yard). We can also see other Honda cars parked besides this. Honda is expected to launch the Amaze on 18th April and there might or might not be a delay in the much awaited diesel which will be powered by the 1.5L EarthDreams engine.

From the pics, we can safely say that this is the most balanced looking sub 4 meter car we have seen, much better than Dzire. Honda is speculated to price this car at a very aggressive tag, which we believe, might just be slightly over Dzire.

We are relieved, we have got the first pics. How do you like the car?

2 thoughts on “Breaking: First Ever Pics of Honda Amaze From India!”