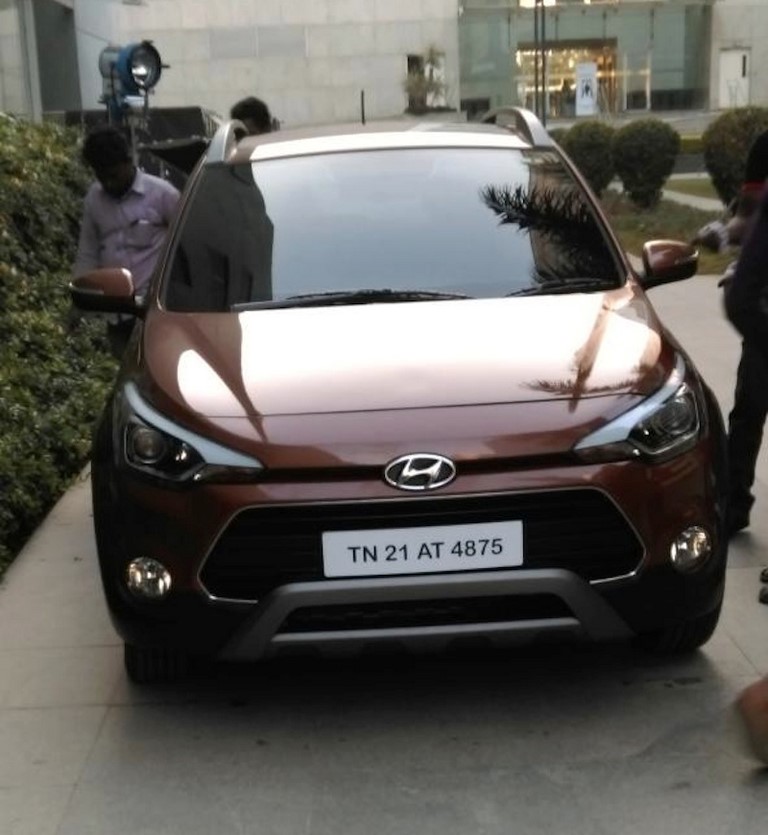 Back in October last year, MotorBash.com presented the first ever spy pics of the i20-based crossover over the internet and here is the car in front of you absolutely uncamouflaged! Instead of using a ‘Cross’ with the name, Hyundai has named it as i20 Active, which is another thing we liked about it.

With this name, Hyundai can actually promote the car as another ‘slightly more rugged’ variant of the hatchback and not actually like an absolutely thorough-bred crossover is born out of a regular hatchback like what Toyota is doing with Etios Cross and Volkswagen with Cross Polo, which are absolute hatchbacks and nothing more!

Talking about the pics of the i20 Active we have (credit: Abhijeet on Twitter), the car gets a front skid plate in pseudo-aluminium, fog lamps are circular and the air dam is inverted as compared with the new i20.

It also gets projector headlamps which may be a standard offering on all the variants. The headlamp console looks aggressive and there is a possibility of the presence of DRLs in there.

Not much appears to have changed at the rear. New i20 Active gets circular reflectors (which doesn’t go with the overall theme of the car) and then there is the new dual-tone rear bumper with lends the car with a wee bit of sportiness (over the already sporty i20!). As you can expect, there is cladding all around and the presence of roof rails is accompanied by a rear roof spoiler. 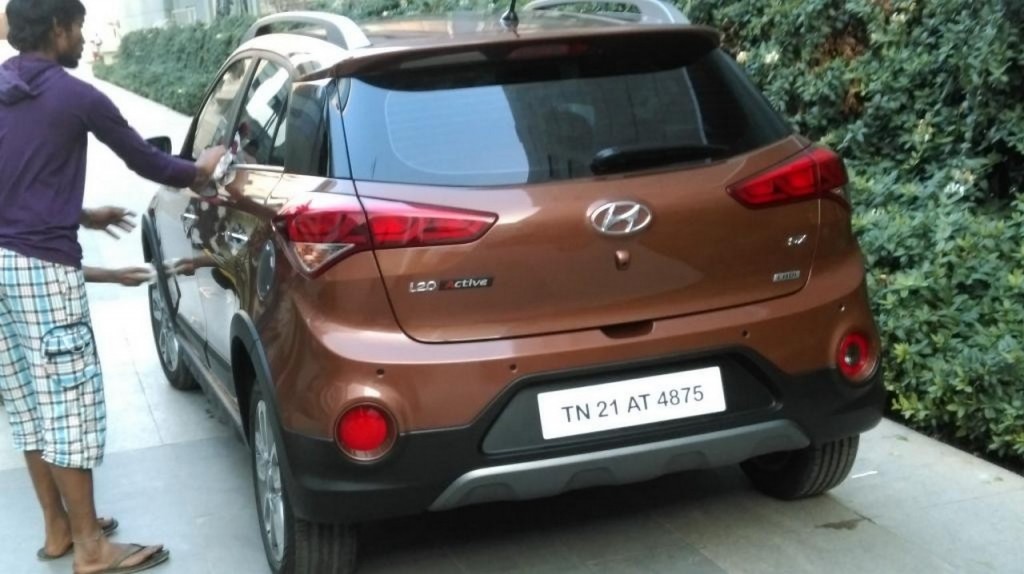 i20 Active also gets this new brown body color, which appears to be inspired from the Bronzo Tan of Avventura and looks interesting in the pics. The car, as we have told you earlier, appears to be higher (ground clearance) than the regular i20 and gets meatier rubber. The brakes have also been enhanced. (More details)

We are not sure what powertrains is the i20 Active going to come with at this point, but it will be a choice between the 1.2 Liter petrol, 1.4 liter petrol and a 1.4 Liter diesel. According to some reports, Hyundai is slated to launch the new i20 Active next month, possibly around 9th of March.