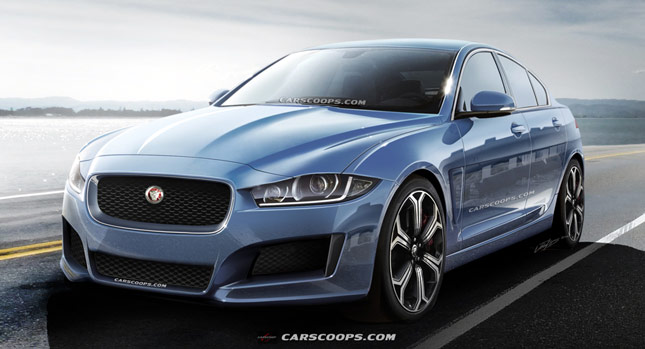 Carscoops.com has come up with a new speculative rendering image of the upcoming Jaguar XE sedan based on the teaser shot and the multiple spypics that have emerged so far.

As it was made clear a few days back officially that Jaguar is working on the entry level luxury sedan which will be called as XE. The Jaguar XE, is a replacement for the now discontinued X-Type.

Ever since then, we have received quite a few queries asking us for clear pics of the car. But unfortunately, all we had were a couple of teaser pics and a few completely camouflaged spyshots. But this new render should help you analyse how could the car look like.

Since the release of the F-Type, Jaguar seems to have found its footing back. If this render is anything to go by, the car does seem to be a pretty interesting product. Although many might say that it is a contracted version of the XF and has no uniqueness of its own which the XJ carries so gracefully, the XE sure has an elegance of its own, but yes it does carry the Jaguar family look. 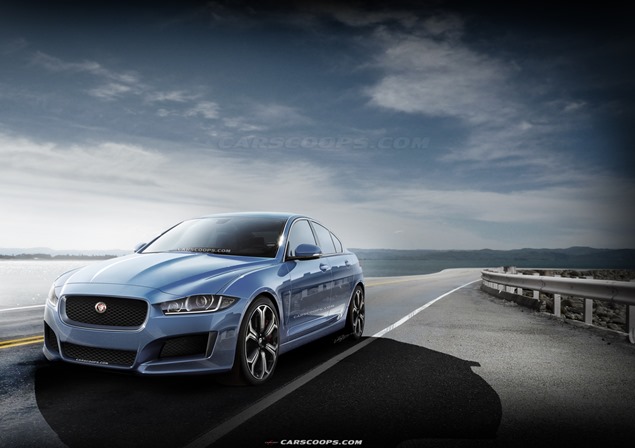 The new aluminium platform should mean weight reduction which directly leads to better handling, performance, fuel economy and braking. The engine options though will begin with a seemingly tame four pot 2.0l mill and a potential V6 as an upper variant, what we will love is a supercharged version of a V8 or even a V6 labelled as a limited edition XE-R or XE-S.

With Jaguar aiming for a release in 2015, an unveiling later this year would be a treat which I am sure all the Jaguar lovers out there are waiting for! And if you happen to be reading this in India, be prepared for it as Jaguar has already updated their Indian site with a quick teaser and a few details of the car (More Details).