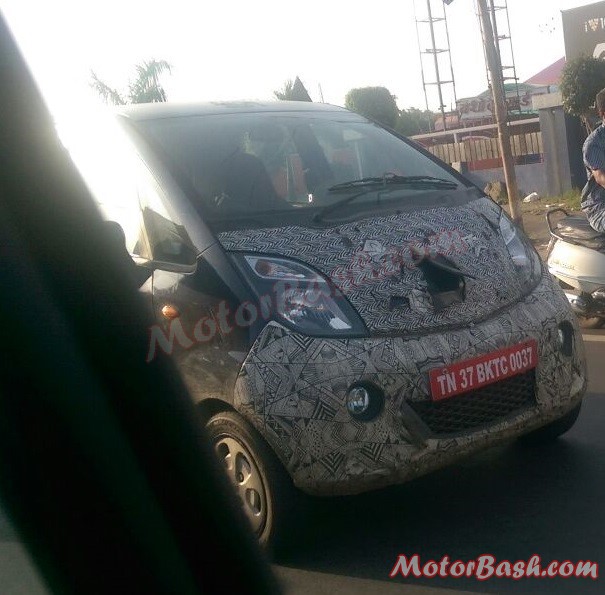 Tata has been working on truckloads of variants for Nano but none of them has worked really well for the company. Yes, sales have seen a rise, from 4662 cumulative units (Apr-Aug 2014) to 8906 units during the same period this year, but they are far from the capacity and expectations Tata had with the small car.

After exhaustive testing, its Diesel variant has reportedly been shelved for the time being due to the falling difference between the prices of petrol and diesel. Renault’s Kwid, though higher in price, may also pose a threat to the car and it appears that Tata is taking their next step forward.

Our avid reader Asif Zaidi has shared spyshots of a partly camouflaged Nano test mule which was spotted on his way from Pune to Bangalore. Now, what he tells us is that there was a fuel cap like hole on the left rear fender which he could not capture but what he could was the front bonnet which has been torn off for reason not known. 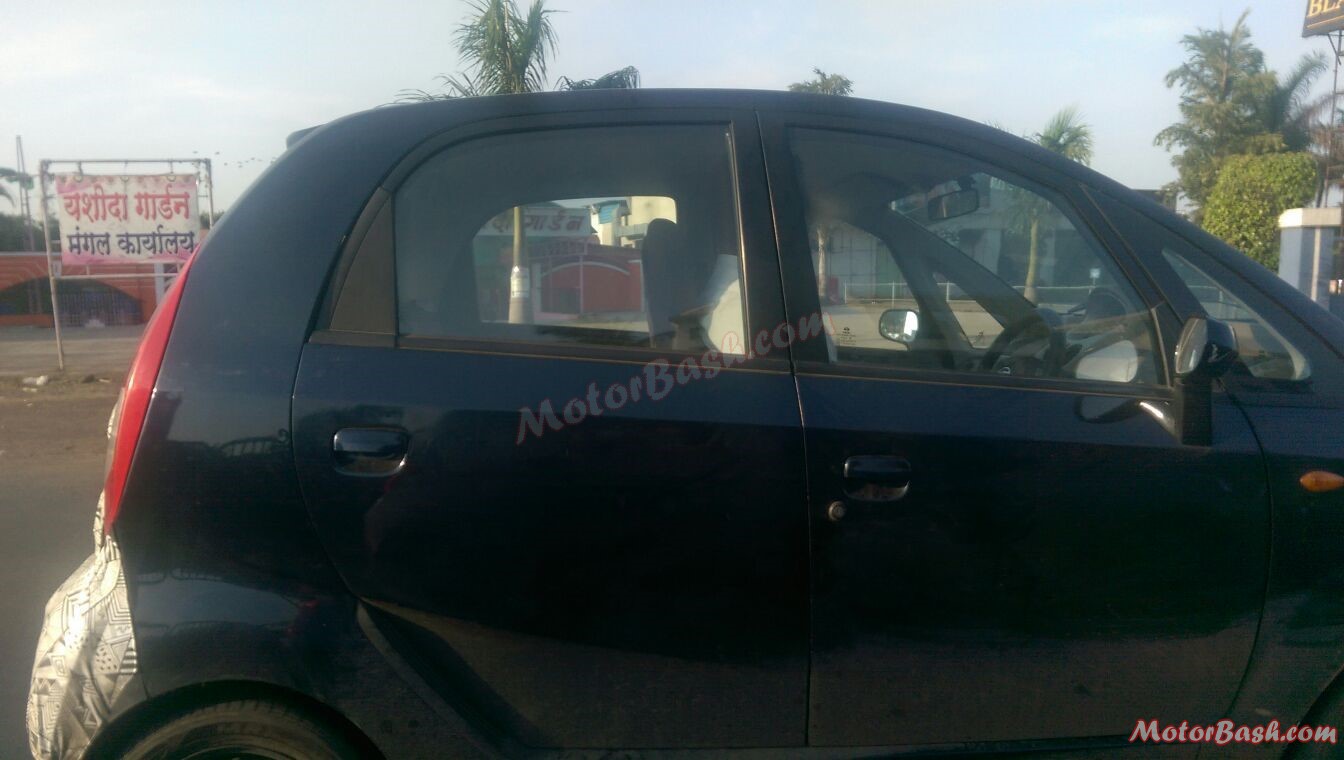 Look at the exhaust pipe (which is at the right side) against the central position of the Nano GenX MT and there is a proof that something mechanically is different. 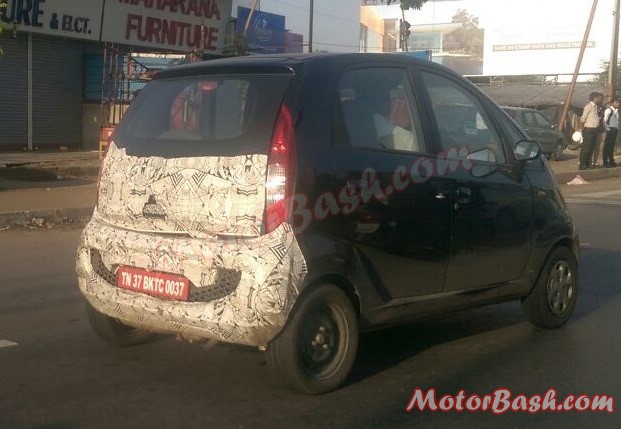 This could be the ‘already confirmed‘ turbocharged Nano with the radiator in front and that bonnet with a hole may be to provide more air to keep things cooler for this test mule. The turbocharged version may be a two cylinder less version of the Bolt’s Revotron unit which may pump up a power output of around or over 50 bhp.

Another thing which we can notice here is the slightly different front bumper and possibly chunkier tyres. So, a turbocharged Tata Nano.. will it do for you…?