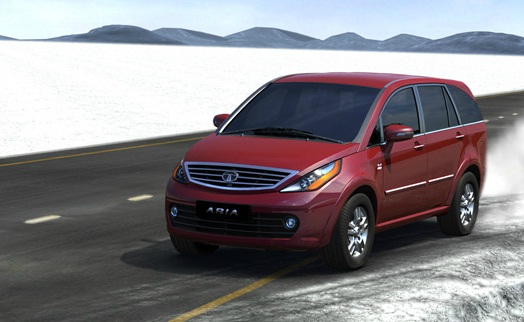 After our earlier series of articles on Cars Gone Wrong, we talk about our third and final segment – Utility Vehicles.

But before that we would suggest you to read our earlier articles from the same series:

In our crazy market, its just a matter of manufacturing a utility vehicle and it almost guarantees success…or does it? We list a few Utility Vehicles which are not doing well in the Indian market and try to analyze what is going against them.

Remember that Swift sized SUV which costed 3 times of it? Yes the pint sized Skoda Yeti is still in production and a heart-throb of some. 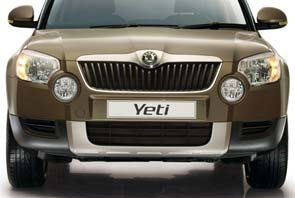 Yeti is one really capable machine and carries the same heart as the Laura. So the Indians who wanted a non-sedan Skoda car went for the Yeti. However, that number is fast declining. The compact SUV priced at an alarming 16-22 Lakh is perceived to be one car which is plain overpriced and it is!

For the month of October, the CUV managed a meager 6 units and the figures at 51 units for the last month are not any better as well. Despite correction methods like discounts of upto 2 Lakhs, tuned down variants, Yeti just does not sell!

Tata’s car which was touted as a crossover having the finesse of sedan and the offroading capabilities of an SUV, is clearly the best product the Indian giant has offered. From people’s perspective, it was neither a proper SUV and nor  proper MUV.

It competed with the bestseller Innova and to some extent, the Yeti and its top models were a stone’s throw away from the Endeavour. It was overpriced by over a couple of lakhs and the Indians would not buy a Tata product which costed anything around a Toyota. To further affect its already dented sales, Mahindra launched the XUV 5OO which completely killed the product.

Tata went on to offer huge year end/festive discounts, introduced price cut variants at under 10 Lacs. But Aria could never break free from Tata’s image of producing low priced cars. This clearly shows that people are not ready to buy a 15 Lac product from Tata.

Now we hear that Tata is contemplating an image makeover of Aria and possibly a few price corrections might also be underway. And for the records, Aria sold 341 units this November.

Do you even know which car is that? Have you even seen it on road? If your answers are no to both the questions, don’t you worry. You are just being a normal Joe! It has not sold a single unit since 4 months and when it sold, we don’t remember seeing a sales figures in double digits.

We are unsure if Maruti has stopped selling it because there is no official confirmation and the model is pretty much on its official website. The reason of Grand Vitara‘s failure was absence of a diesel engine and Maruti has never really clicked in premium segment cars no matter how competitive they may be.

A lower variant was also introduced at a much lesser price tag, huge discounts were offered but Grand Vitara just doesn’t seem to be a product which Indians would take specially at the price tag it is offered. It is still quite a decent driver’s car, but the recent dieselization of the market has left anything  with gasoline burn without sales.

Just now, Maruti has introduced Grand Vitara with a diesel mill in UK but when will Maruti plan to bring it to India remains to be seen.

It was what Fortuner currently is! The car was one of the bestseller in its segment when it came to crossover SUVs. It was a soft-roader which provided a car like drive and could do a bit of off-roading as well. It was the signature for success when it came to having a stature in the society.

But, it has just been doing nothing within the past many months. Even the facelift could not do any good to its sales. It was pricey and more importantly you could buy entry level luxury cars from BMW, Mercedes these days. And needless to say the freedom or status the BMW sticker enjoys is far more than what a Honda is perceived as!

The biggest downfall for CR-V is the lack of diesel mill. Now, through our exclusive spyshots (displayed above) we have revealed that Honda is testing its next generation CR-V in India and the launch is expected next month. However, we are still a little doubtful about its success considering that Honda still doesn’t have any plans to offer the car in diesel.

For the records, CR-V has not been selling any units for the past two months but that might be because of the new facelift which is coming soon.