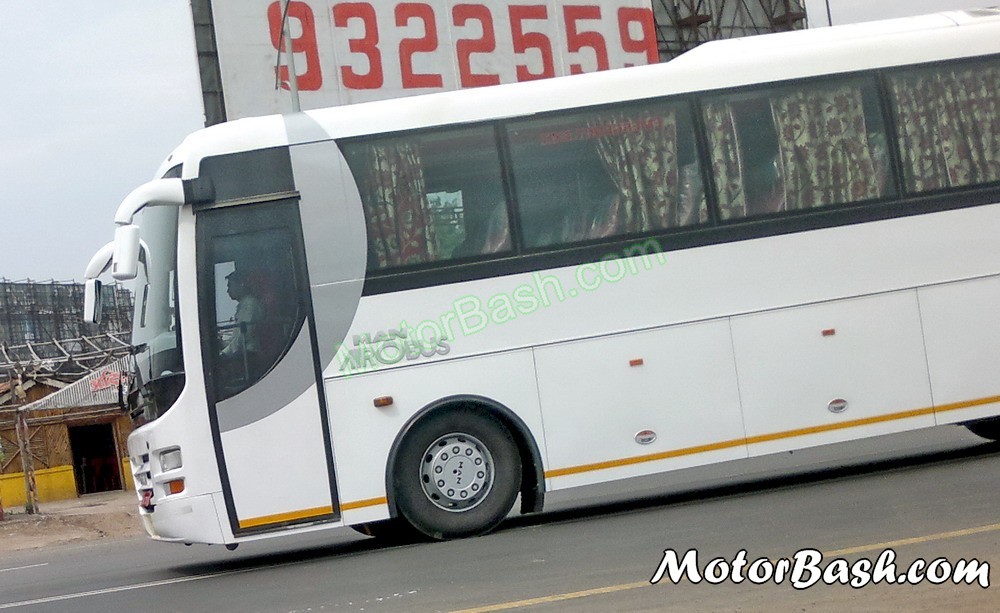 Volvo revived the luxury bus market in India and looking at sneaking chances many manufacturers have joined in like Tata and Mercedes and many more are joining in.

The latest we hear is MAN, with their Airobus. MAN Trucks India started their operations in India in 2006 with a 50 percent joint venture with Force Motors. In 2011, they bought the complete stake and are now the wholly owned subsidiary.

They have a range of trucks and now they plan to move into luxury bus segment which is dominated by Volvo in India. MAN unveiled a new luxury bus – AIROBUS at this year’s Auto Expo in Delhi.

What we hear is that it also launched a very few units but due to some body related issues, it had to be withdrawn and the bus is no more on sale and there is a possibility that they might be doing the body building of Airobus themselves or working on stricter quality norms.

A couple of days back, we spotted this Man Airobus in Pune undergoing testing. What we hear is that MAN would launch the new AiroBus sometime during the first quarter of next year. 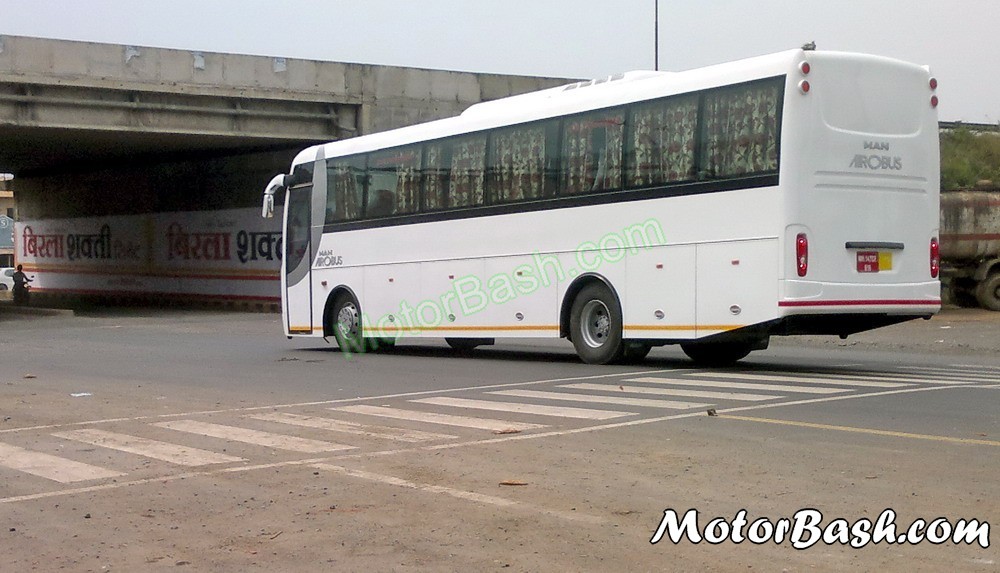 MAN Airobus is a 45-seater air-conditioned front-engined luxury bus with full air suspension. It is powered by a 6.9L 6 cylinder Inline DI diesel engine which is capable of producing 220hp of power and 800Nm of torque. The USP of MAN might just as well be its claimed higher fuel efficiency.

Would the Airobus do as well as Volvo, we are not sure. But the competition is definitely heating up for sure. 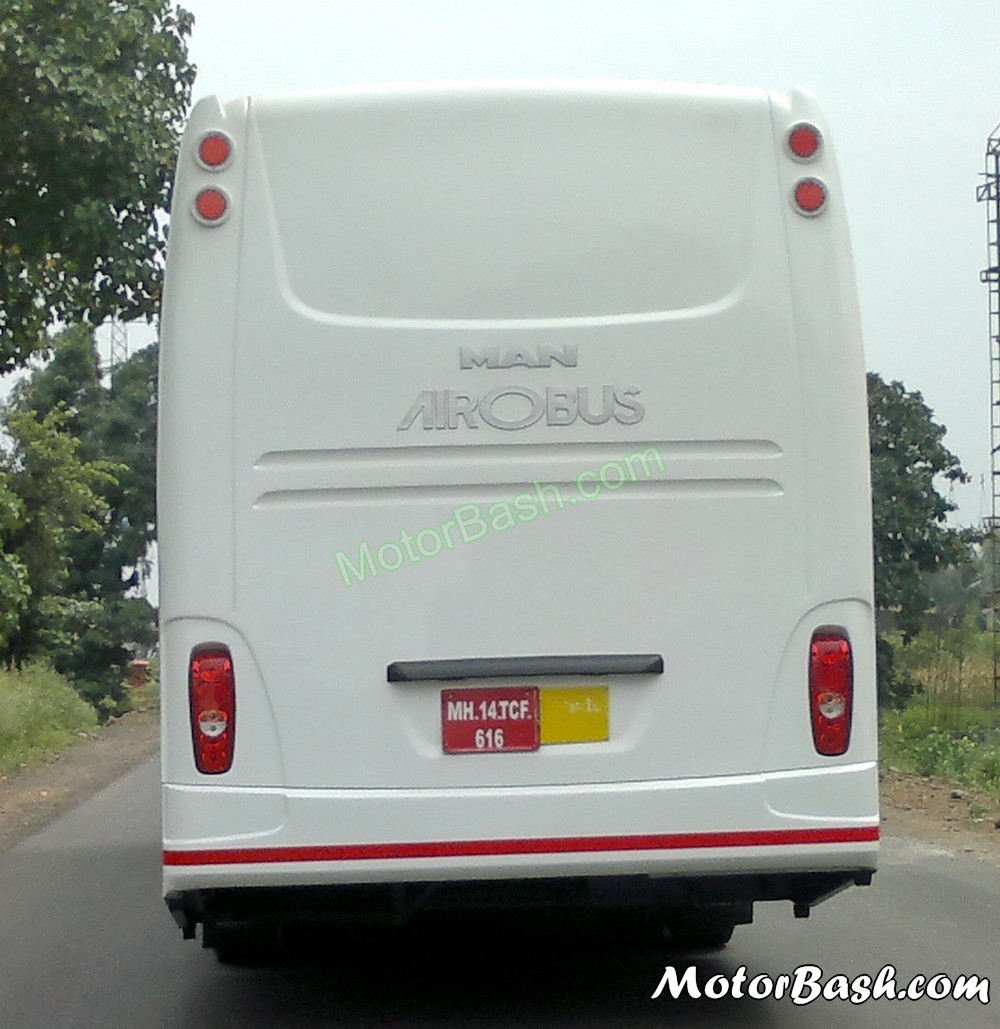