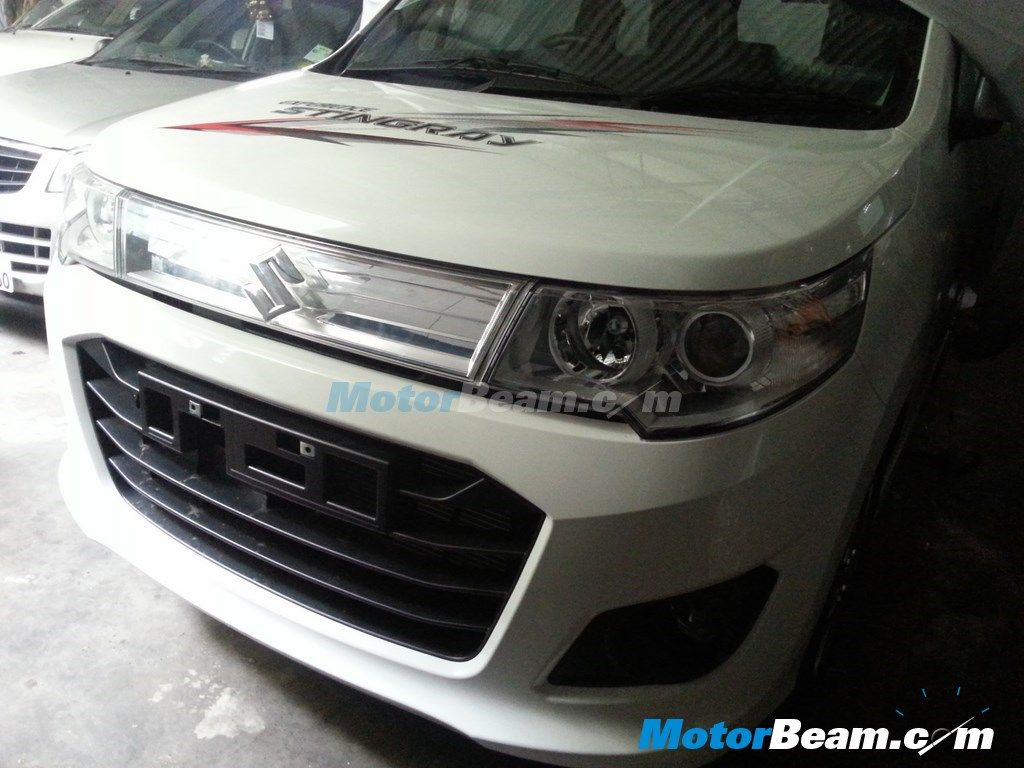 The WagonR Stingray, all set to be unveiled next week, has been spied at what looks like a dealership stockyard by the eagle eyed folks at MotorBeam.com.

The snaps do reveal the WagonR Stingray in better resolution than the earlier spyshots.

This test drive car confirms that WagonR Stingray has reached dealerships. Marketed as a premium version of the Maruti-Suzuki WagonR, this Stingray isn’t a significantly different vehicle from the regular WagonR. It is, in fact, a posher WagonR with more striking looks.

WagonR Stingray will be available in three variants LXi, VXi and yet another VXi with an option pack. The option pack will include ABS, Driver Side Airbags and Projector Headlamps. It will also offer steering mounted audio controls and rear view mirrors that would whirr and swing aside at the touch of a button. 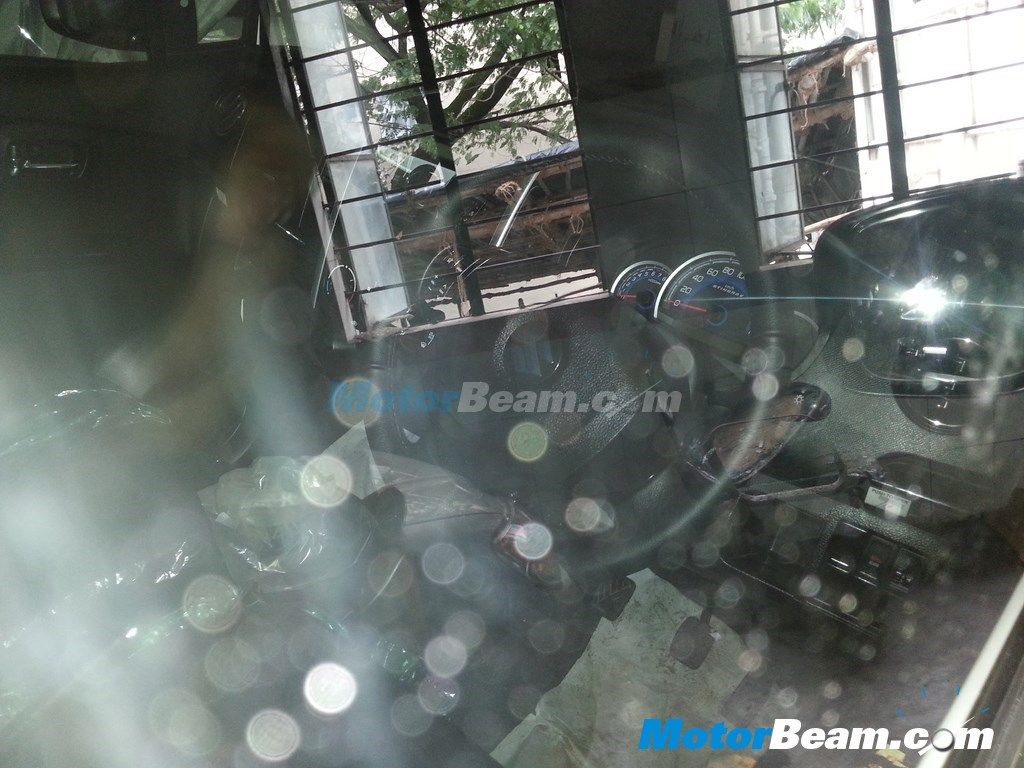 In the earlier spyshots, the WagonR Stingray was clearly looking preposterous in the crimson colored model. However, though the newest spyshots show it in a better light, it is still not a real showstopper. The front portion looks too boxy and the grille appears to be too garish! 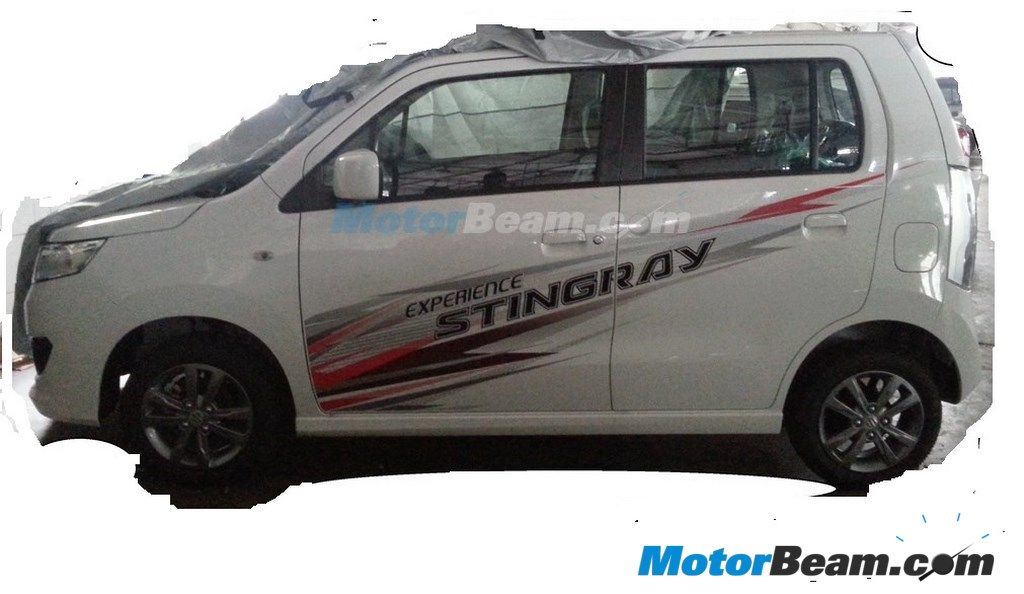 The car still appears to have been cut short abruptly at the rear end, and the overall shape of the car could be compared to that of a bread box. Well, a breadbox that has been desperately jazzed up by splattering of chrome and inclusion of menacing headlamps.

Moving over to the interiors, it appears that the old WagonR instrument console has found its way to the Stingray, albeit in a different type of finishing. Things get even more monotonous under the hood. Powering the WagonR Stingray will be the 1.0 Litre K-Series Petrol engine. It whips up 68PS of power and 90Nm of torque. There isn’t any diesel option right now, though we may get a small one sometime later. 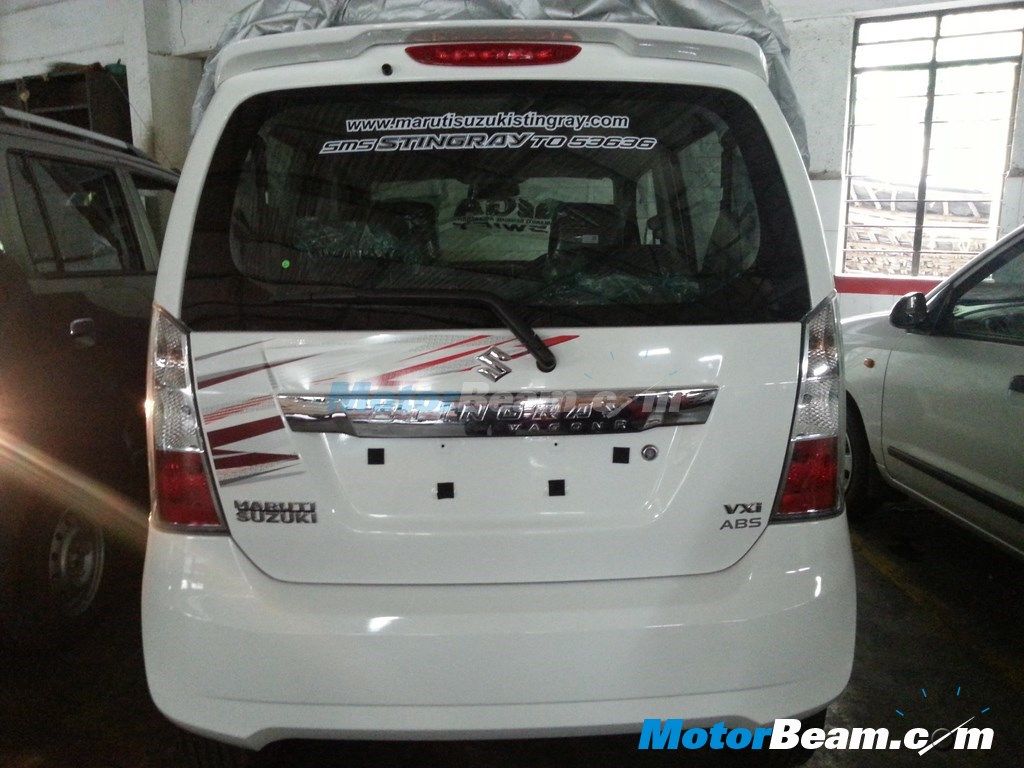 The regular WagonR will still continue to be sold. Frankly speaking, there doesn’t seem to be any significant difference in the regular WagonR and this newer Stingray. Will you really want to pay nearly-half-a-lakh premium for a slightly different looking WagonR, also considering that you will get a much bigger and roomier Ritz at an inclusion of a few more grands!