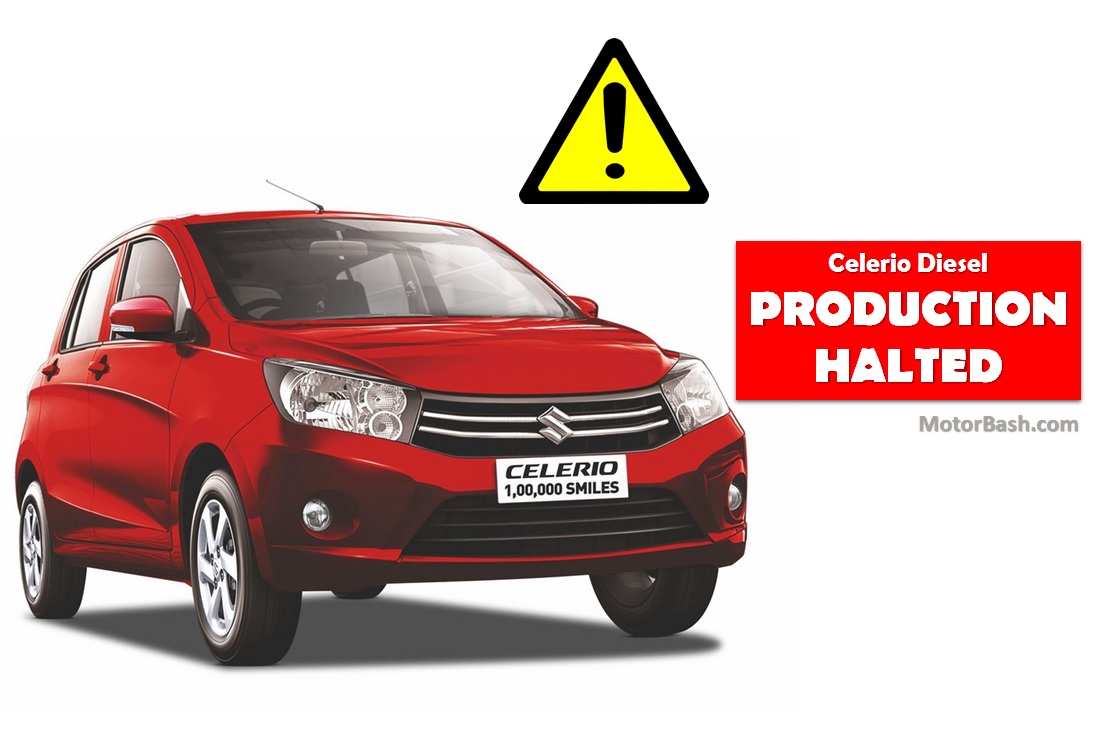 It is widely known that Celerio diesel is not doing very well in the market. Apart from the not-so-encouraging response to its two-cylinder diesel engine, the almost-sudden shift to petrol-run cars have made things difficult for what was Maruti Suzuki’s first indigenously developed motor!

There were reports that Maruti will not update this 800cc engine to BS6 emission norms (link here) but that was to come later. In an exclusive sneaking bit we have latched onto, Maruti has halted production of Celerio diesel and there has been an internal communication which has already been floated regarding this to its dealers. This is not being discussed publicly since a lot of dealers have stocks of the car.

Maruti has informed dealerships that Celerio diesel will not be available for the time being and the instruction is NOT to take any booking if the car is not it stock! Obviously, this is being spread across as a halt in production but in all probability, this may be the end of the car (diesel version)!

If it is that, it has come too soon and this will be a big blow to the image and the faith people may have put on Maruti’s internal technological prowess. Buyers may be hesitant to put down their money once they come out with their 1.5 liter diesel engine (which has also been delayed) – a proper 4 cylinder derivative of this 2-cylinder 0.8 liter motor of the Celerio diesel.

This puny engine, which has made Celerio diesel as the most fuel efficient small car in India, is not expected to go to other cars as well, however, it will continue to propel the LCV (Light Commercial Vehicle) Super Carry!

Next Read: Maruti Ignis Launched at Over-Optimistic Prices; You can Get a Ciaz Diesel Instead