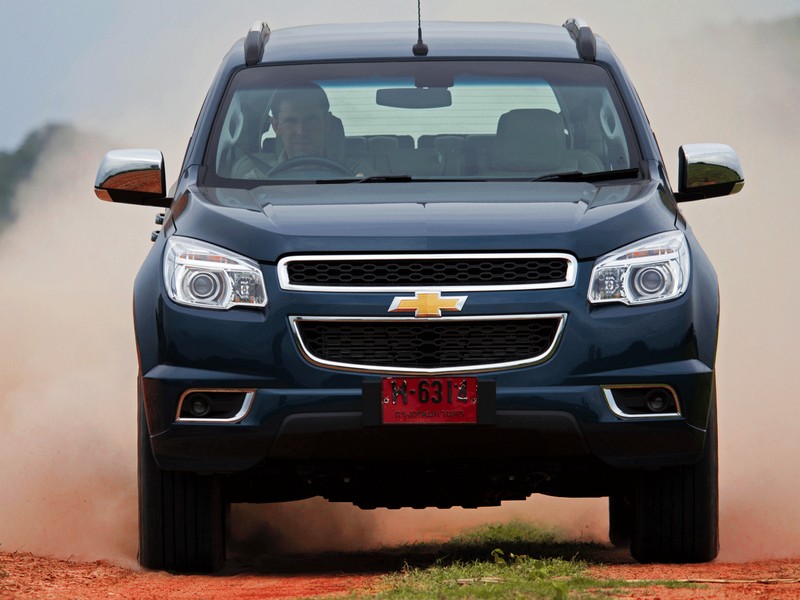 After a few test mule snaps, TrailBlazer is confirmed for the Brazilian market. Launch is scheduled this coming November and it would be available in both Petrol and diesel versions.

The bulky 7-seater SUV would be powered by a CTDI 2.8L Turbodiesel engine which would produce 180bhp of power and 47.9 kgm (~470Nm) of torque whereas the gasoline version would get a 3.0L V6 engine. The car is also expected to get options of automatic and manual transmission.

There have been various rumors and speculations guarding this Chevrolet’s big bulky SUV in India with people even claiming that they have sighted some test mules somewhere around Delhi and a few others rebuking the claims citing that TrailBlazer entry in India is a little delayed.

Nonetheless, we expect Chevrolet to launch it in India and along with Captiva, it is assumed that Fortuner and others might have a tough time shedding these two twins off!