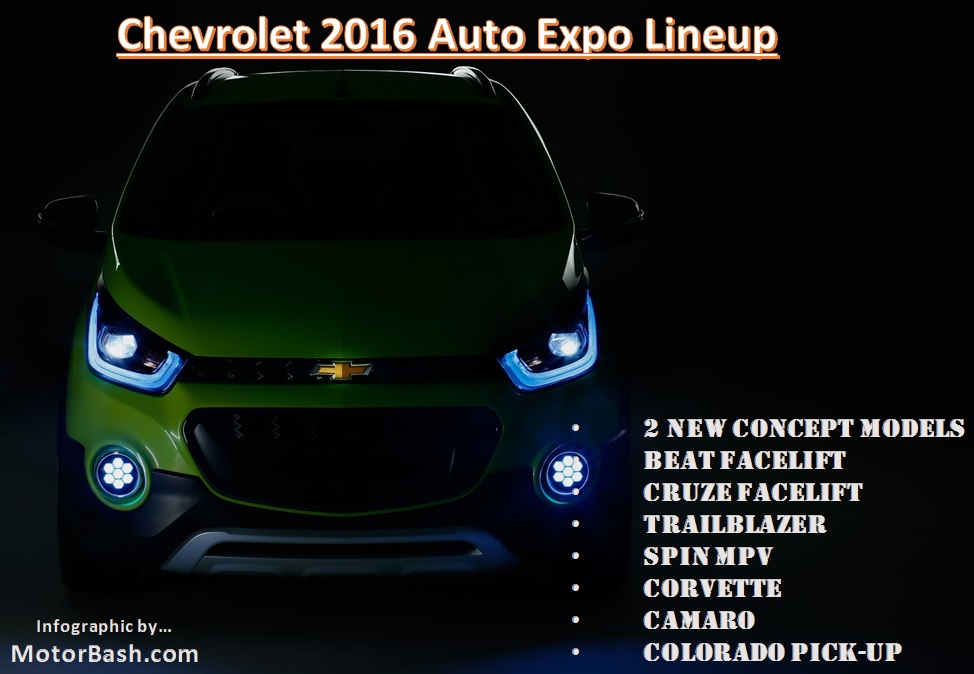 Slowly, as we proceed closer to the Auto Expo, manufacturers are starting to reveal their strategy and line-up of products through which they will try to steal the show.

Chevrolet in an official communication has confirmed its line-up for the upcoming Auto Expo 2016. The company is in a revival state right now and their first new product has showed signs of hopes. The company has confirmed that they plan to unveil two new Concept models on February 3.

They have teased the upcoming Beat facelift which will be launched in 2017. The new Beat will be based on the current version on sale here with significant changes to the outer body. The teaser image reveals LED elements in the head lamps and fog lamps and skid plates upfront. The thinner grille with bigger air dam brings out a sporty touch without losing out on the muscle element. 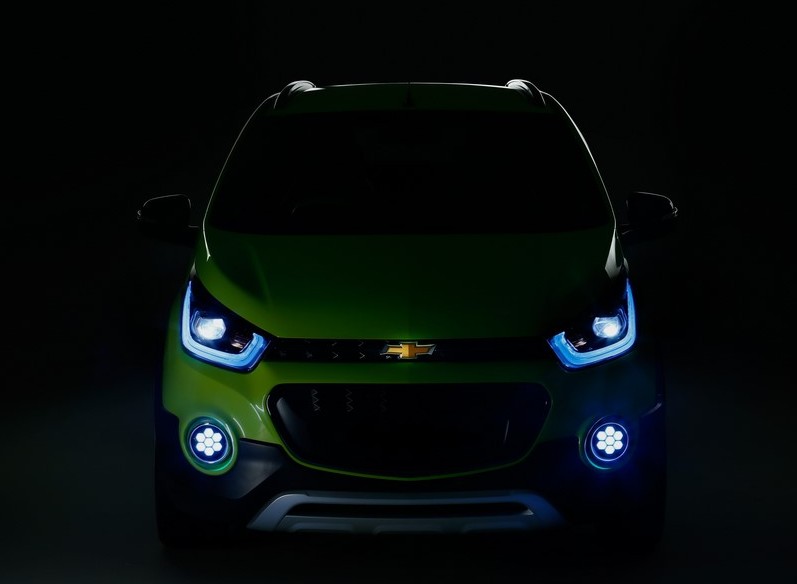 The company has also confirmed that the Cruze facelift, which will feature new styling and feature updates, will also be on display. Now the that’s one premium sedan which we have loved ever since it was launched and that 166 ps diesel motor is a rocket! Do not mistake this minor facelift with the international next-gen Cruze.

Apart from this, the hall will also showcase other brands from the General Motors bouquet which include the Corvette, Camaro and the Colorado pick-up truck. Their next major launch for 2017, the MPV Spin will also be present along with the recently launched Trailblazer.

They also have several interactive games to keep you busy like Passabilities and Colorado Co-driver. More, as we visit Chevrolet’s Hall #5 on 3rd!