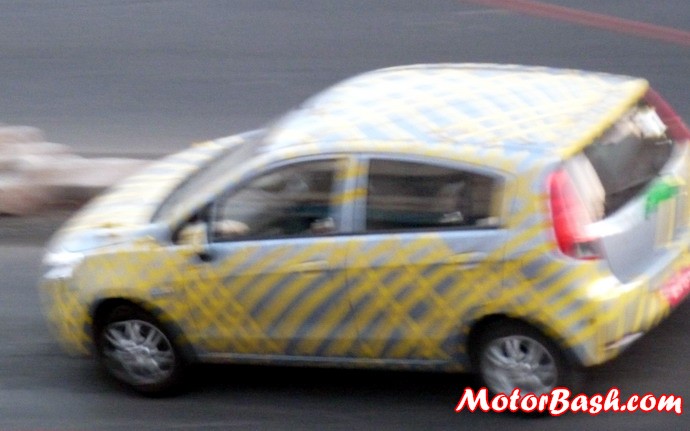 Chevrolet is making their SAIL series so common that it is beginning to lose people’s pre-launch hype and interest. We caught this hatchback at Baner Road in Pune yet again. The company must start talking about it now and launch it as soon as possible.

They are already late in the segment and if SAIL series which includes the hatchback and the sedan, doesn’t invoke good interest, it might be the same story for them, yet again! We have caught and posted pictures of the same car on April 12. The SAIL hatchback is expected to be powered by Beat’s 1.2L petrol engine and the 1.3L Multi-jet diesel from Fiat.

Expected to be launched somewhere around the 3rd quarter, pricing would be the main key for Chevy here.

This is an unclear image. You can check out our earlier clear spy pics of the same car here.

Check out the SAIL Sedan we have spotted testing earlier.