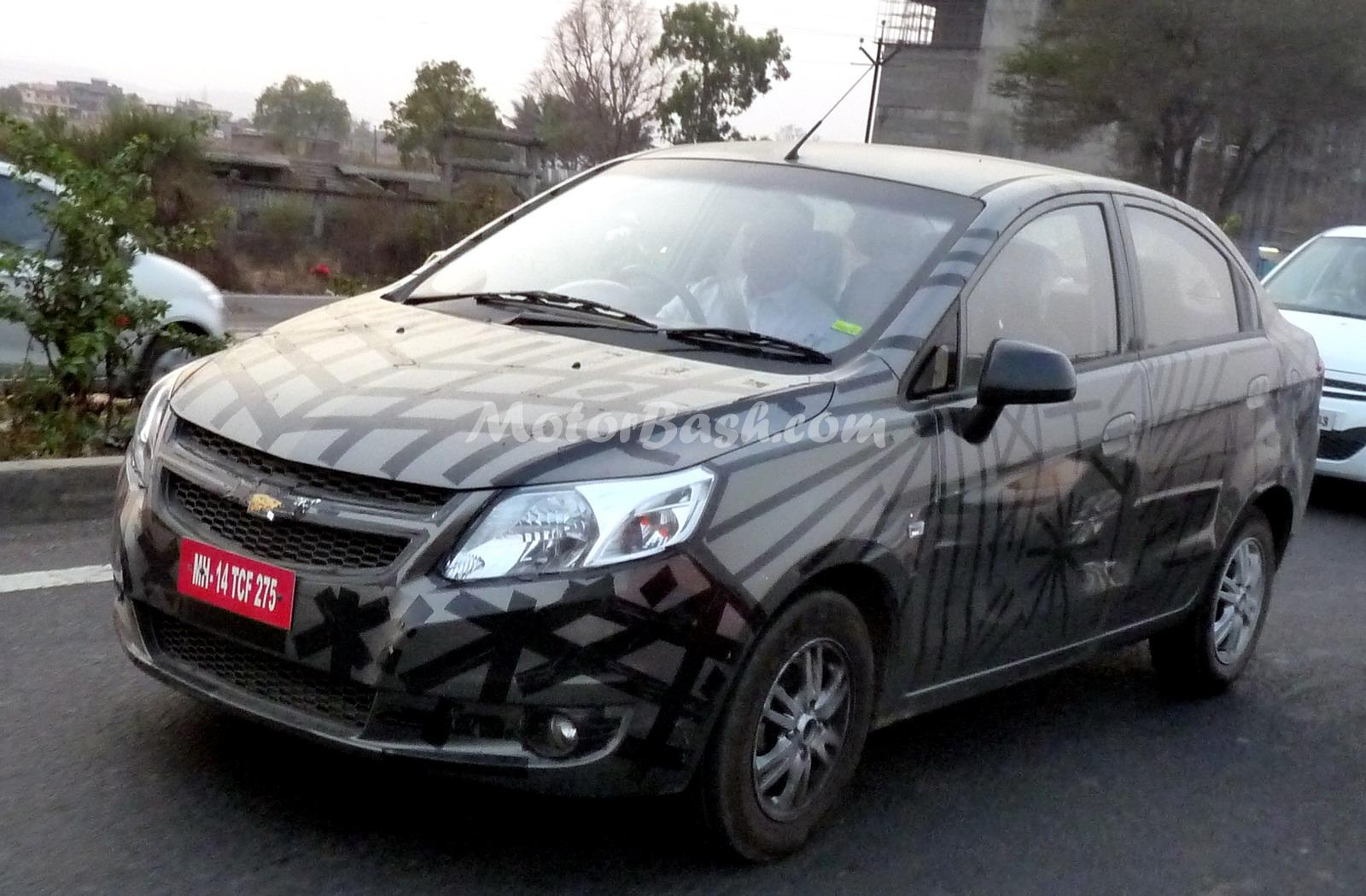 General Motors has been testing this car for many months now. We have caught a white colored camouflaged variant of this sedan testing on 24th February at Baner Road in Pune as well. This time we catch the SAIL sedan in dark color caught in the midst of Hinjewadi traffic near the Wakad flyover in Pune. 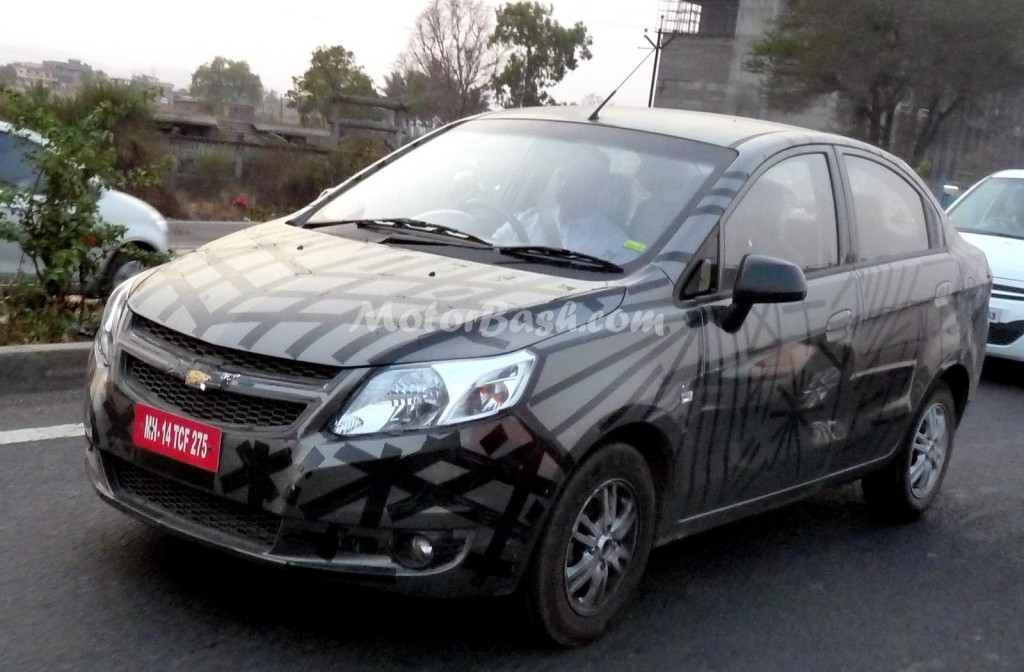 GM motors would be launching the SAIL hatchback first somewhere in Q3 and this sedan might get launched somewhere towards the end of this year (GM has not revealed any plans for this car). Both these siblings would come in diesel as well as petrol. Diesel engine would be propelled by FIAT’s multijet Diesel engine whereas the petrol might be powered by the 1.4L engine which does duty on the Aveo. GM might finetune that engine to give it a peppier flavor. In fact I assume this car to be the petrol variant itself as I could not hear the classic diesel clutter of the MultiJet when I passed through it. 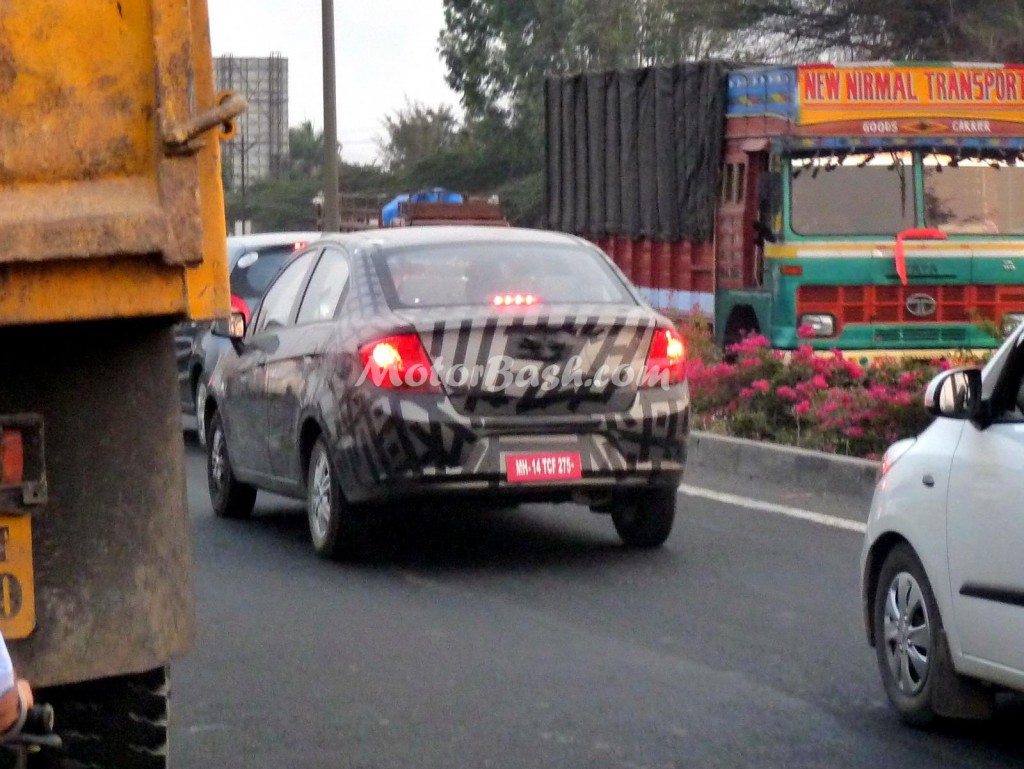 SAIL sedan would replace the Aveo in India and would form a viable alternate to the entry-level sedan segment. In this form it would compete with Toyota Etios, TATA Manza, Maruti DZire among a few others. As is visible from the pics, this car is not really designed to lure the buyer for its oomph factor. Instead this car is expected to emphasize on the practicality factor more. 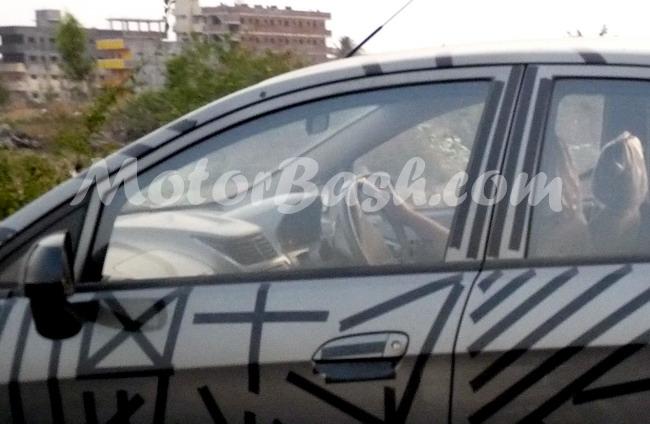 The key factor for Chevrolet would be the pricing. If they can price this car competitively, I am sure there would be many takers for this. Till GM reveals further info on this car, keep tuned to MotorBash for all the news and scoops happening in the Indian automotive industry.