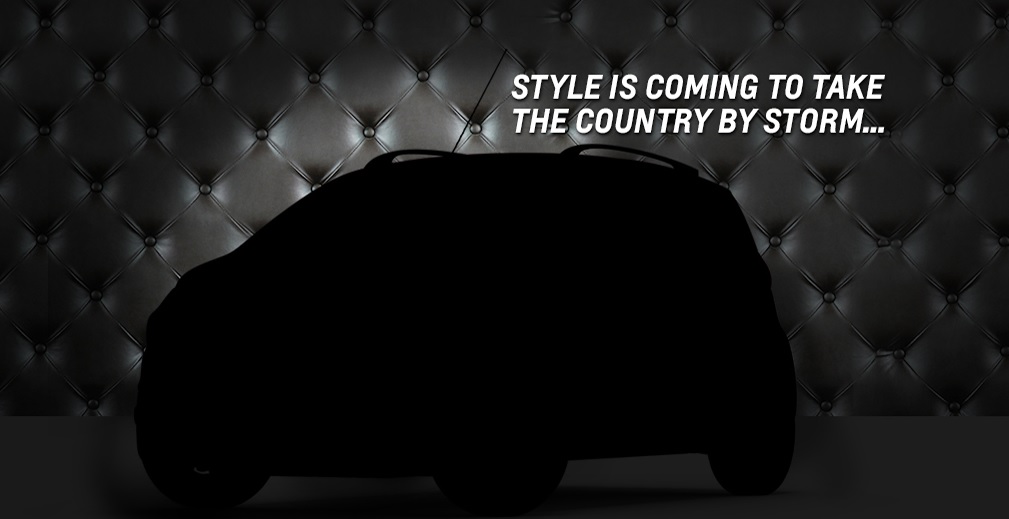 Chevrolet’s Beat facelift has been awaited for many months now. Not that it looks any outdated, but it is the ironing out of the minor niggles and bettering the overall product and more importantly bringing it up on the headlines!

It is already confirmed that Beat facelift will be unveiled at the Auto Expo and Chevrolet may even go ahead and launch it up as well. On their official site, Chevrolet has teased the Beat facelift and the tagline reads:

Style is Coming to Take the Country by Storm…

There is a blacked out pic of the car which reveals…well nothing! The basic silhouette appears to be similar which is expected. There is a slight little protrude at the headlamps and we can make out the roof rails. And that is about it!

According to the spyshots that have surfaced a few days back, Indian Beat facelift is expected to be slightly different from the international version. We expect a similar engine grille but the new fog lamp housing and mudguard are dissimilar. There are subtle changes at the rear as well.

Beat facelift will carry the same 80.5PS 1.2L petrol engine and the 58.5PS 1.0L 3-cylinder diesel engine. There is definitely the possibility of Chevrolet tuning them for better efficiency and city driveability. Before the Amaze and New City, at 25.44kmpl, Beat was the most fuel efficient car in the country. There is all the possibility of Chevrolet snatching that tag again by bettering the fuel efficiency of the new car.