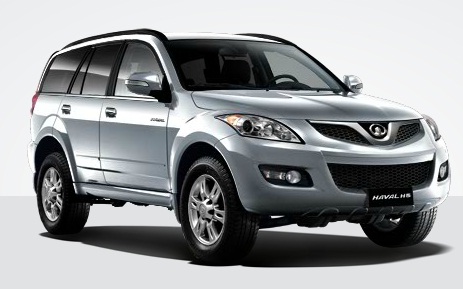 Great Wall of China is so long that it can be seen from the Outer Space. No it is not going to be built in India. But the car-maker Great Wall Motor Co. from China is all set to foray into India anytime soon and announce their plans for the country.

This comes after another Chinese car manufacturer, Beiqi Foton Motor Co. signed a Memorandum of Understanding (MoU) with the Maharashtra government. This Memorandum involves the car manufacturer to set up a manufacturing plant in Maharashtra which would cost a capital investment Rs 1,670 crore which is going to be infused over a period of five years. The company shall produce commercial vehicles, medium and heavy trucks and passenger carriers.

Great Wall has been named after the Great Wall of China (no prizes for guessing that!) and has luxury sedans and SUVs in its portfolio which make their counterparts look indeed smaller and Great Wall cars can be differentiated from quite some distance.

Society of Indian Automobile Manufacturers (SIAM) Director General Vishnu Mathur, stated that the company’s officials were in New Delhi last week for discussions and a team is present in India which is looking for a place to start their plant.

Coming to the cars on offer, the company has Great Wall C50 and Great Wall C30 for the sedan segments, Great Wall C20R, Great Wall C10 for the hatchbacks. But it is the its SUVs that we know it for – Haval H6, Haval H5 and Haval M4 among others. Which ones would come to India from these is yet to be seen but we do see the SUVs making their way considering Indians’ latest found love towards these hard-roaders.

The company shall foray into India as an independent auto maker rather than a joint venture. We await any official confirmation from the company’s side. Seeing the disclosures, it is only a matter of time as to when the company makes an official statement regarding its India-specific plans.

India is one of the most promising automobile markets despite the slowdown in the economy. Almost all major manufacturers of the world want to setup some kind of a business down here.

Pricing and quality would hold the key and GWM will need to have high level of localisation, a large dealership network and a good After Sales Service support to win over the trust of the Indians. We also hear another Chinese manufacturer Chery’s possibility of entering India and its Easter MPV has already been caught a few months back.