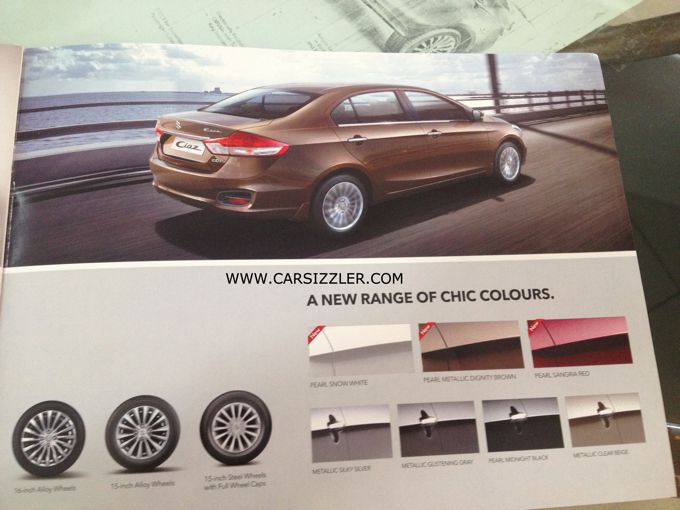 Maruti’s attempt to go premium will first see the onslaught from the City and Verna rivaling Ciaz sedan, which has been built specifically for emerging markets like India and China.

The mid-size sedan is scheduled to be launched in early October but before that we have some more information about it. Carsizzler.com has leaked the brochure of the upcoming car, confirming the various color shades the car will be available in.

Ciaz will come in seven colors options and three are all-new shades: 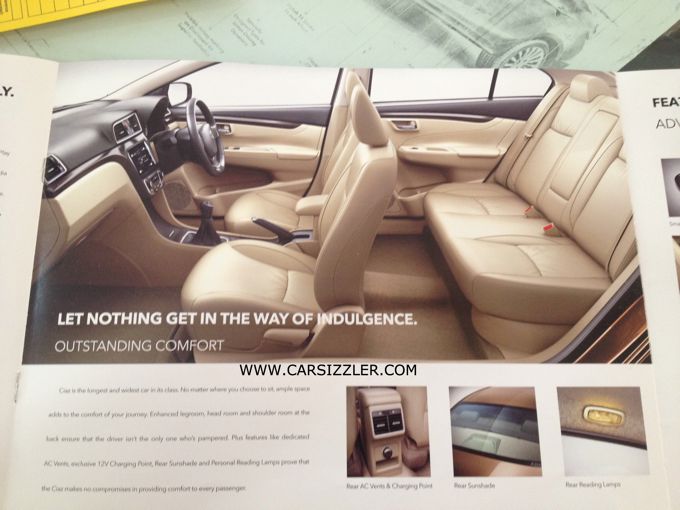 The car boasts of a state of the art infotainment system, which Maruti has christened SmartPlay. It is a 7 inch LCD touchscreen display that gets iOS as well as Android linkage. It houses one’s complete media connectivity and navigation needs with voice recognition and playback. It also incorporates MirrorLink technology which in simple terms means that you can reproduce your smartphone’s screen on the screen of the infotainment system. 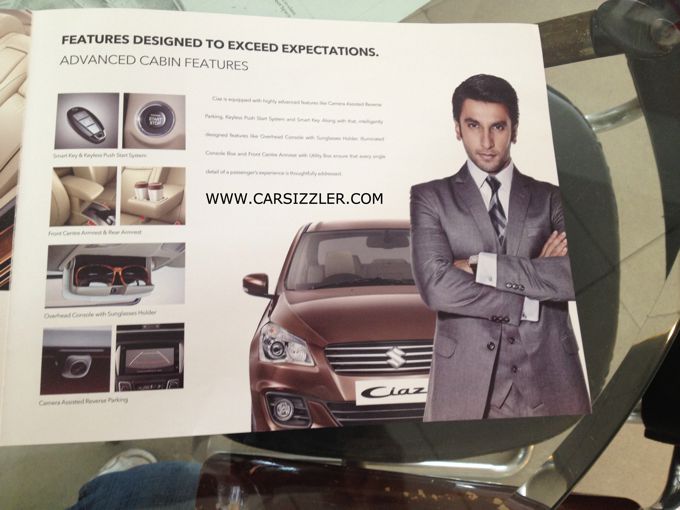 The base variants will come with 15 inch steel wheels with full wheel caps. The mid variant gets 15 inch alloy wheels with 14 spokes while the top end gets 16 inch alloy wheels with 16 spokes! The car is the longest and widest in the segment, and sports some nifty features like rear AC vents, rear mounted 12volt charging point for pepping up the juice in your smartphone and laptop, and rear reading lamps. Reverse parking assist with real time camera view will also be a boon for those difficult tight spots to park in! 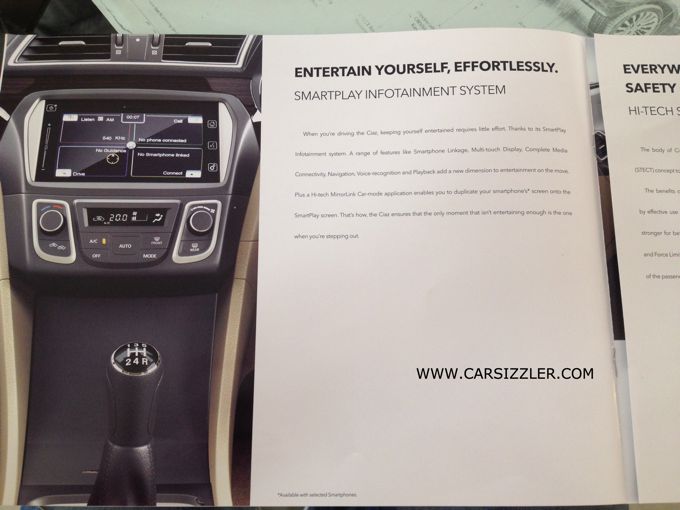 So can the new ‘country’s most fuel efficient car’ beat the segment leader City? Let Maruti announce the prices first…