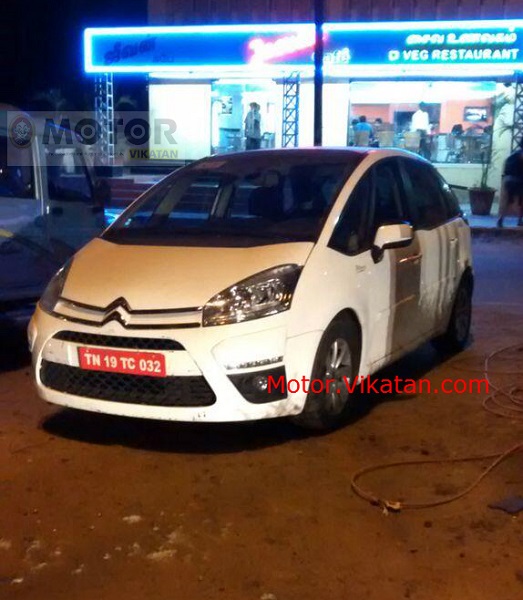 The Citroen C4 Picasso, by the French manufacturer has been spotted again in Tamil Nadu by a reader of Motor Vikatan. This time it sports a Tamil Nadu number plate. Interestingly, the TN 19 is the RTO code for Chengalpattu, the place where Mahindra has its Research Center (Mahindra Research Valley), yet again a signal of relation between these two companies.

The C4 spotted is again a left hand drive, exactly like the one spotted in April so it may be the same mule. Both the cars, interestingly, are the older generation model, showcased for the first time in 2006. The second generation model, which was showcased during the 2013 Geneva Motor Show, is yet to be seen on Indian roads!

The question is not really which model/variant Citroen is testing. The question is what is cooking and what does it have to do with Mahindra as last time the C4 mule was spotted alongside a Quanto mule. 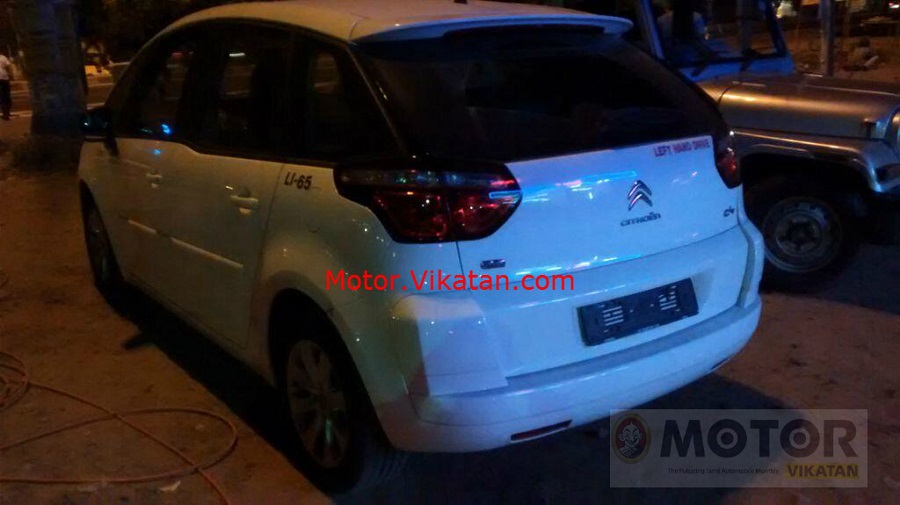 Peugeot has been trying to re-enter the Indian market, but for some unknown reasons, the move has been put on hold. The Peugeot-Citroen alliance again came up on the news decks when a rumor started doing rounds that Maruti Suzuki will be sourcing a 1.6L diesel mill from them instead of Fiat for the S-Cross. And it continues to be a rumor for now. So, there is no concrete confirmation on what actually is brewing up between these two manufacturers.

The C4 comes as a 5 seater MPV. A 7 seater Grand version is also available. Is there a possibility of Mahindra partnering with Citroen/Peugeot for small cars in India considering their Veritos have been dismal failures so far?