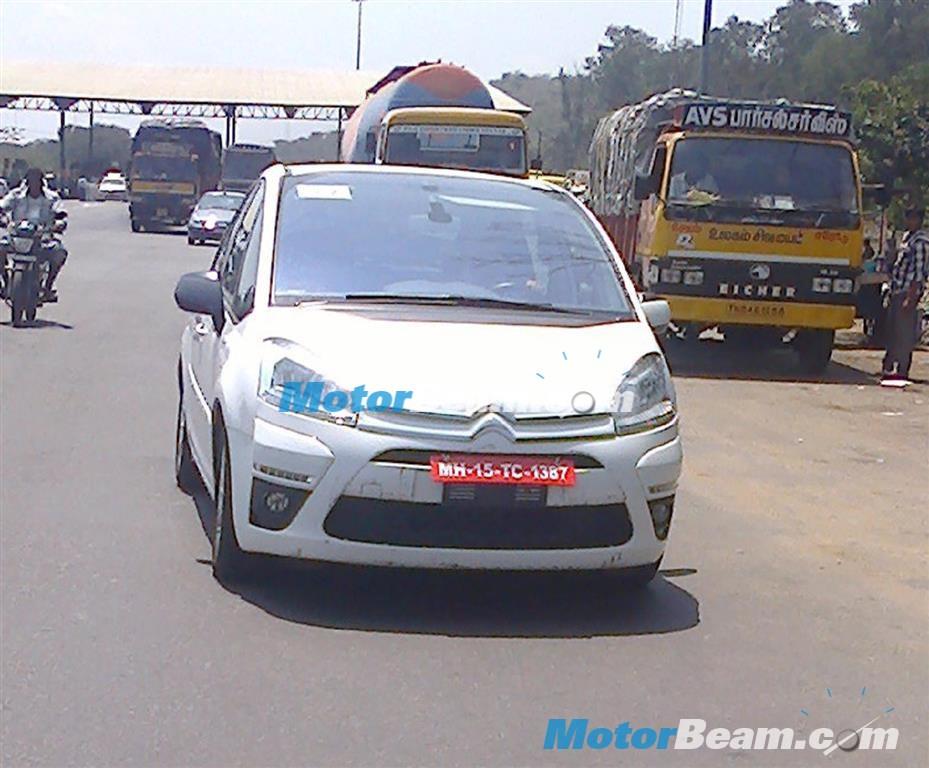 In a latest and surprise update, a French Citroen (pronounced See-Troh-Enn) car with a Maharashtra registration plate (MH-15 is for Nashik where Mahindra has a plant), following a Mahindra Quanto in Chennai has been spotted! The next question is an obvious one – What’s cooking indeed?

Citroen, now part of PSA Peugeot Citroen is apparently mulling entering the Indian market, possibly in partnership with Mahindra & Mahindra. In 2011, Peugeot had announced their reentry plan with a new INR 4,500-crore project at Sanand, Gujarat to produce 170,000 vehicles per annum. The first car from the new facility, a mid-size sedan, was to roll out this year. Then came the news of their shutting down the office in Mumbai and reviewing of India plans.

The new spy shots of the Citroen C4 Picasso, courtesy Motorbeam.com, would suggest anything but it being just a leisure ride through Chennai. Why with Mahindra, though? A new partnership perhaps. If so be the case, Sanand could be out of the picture and Pune/Nashik could be the city shortlisted for a limited-number CKD arrangement with M&M.

The left-hand drive C4 Picasso obviously isn’t an India-spec MPV and it is possible that the new development is oven hot and we will hear something more concrete soon from either Peugeot Citroen or Mahindra.

The C4 Picasso is a compact 5-seat MPV appreciated for its efficient engines and comfortable, practical interior – a formula that would please us Indians. The C4 Picasso is offered with four diesel engines – the 90 HDi, eHDi 90, eHDi 115, Blue HDi 150, and two petrol units – the VTi 120 and THP 155. The numbers in the model names denoting power in PS. 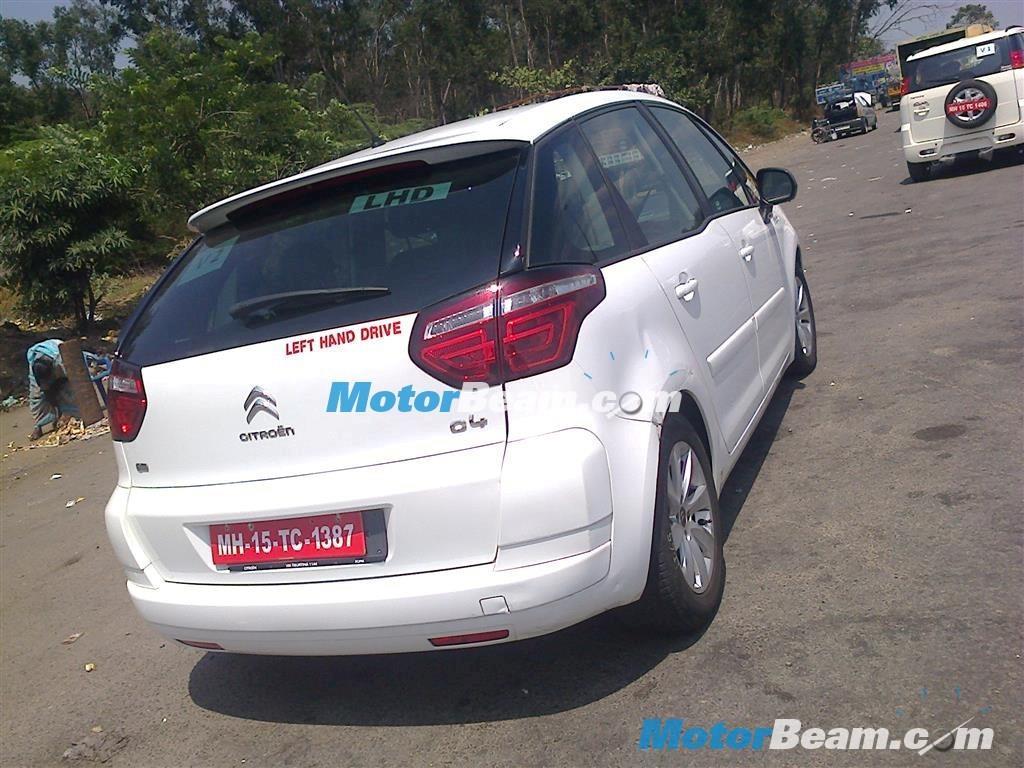 A 7-seat Grand C4 Picasso has recently been offered in some markets in Europe and Australia. The 5-seat or 7-seat C4, if launched in India, would answer our need for a family weekend vehicle with plenty of toys to keep the occupants occupied.

These are obviously conjectures at this point of time but spotting of two unrelated companies together does raise a lot of eyebrows and hence, speculations. More news regarding this interesting new development is awaited. If you happen to have any clue, our email boxes are open 24 hours a day. 🙂