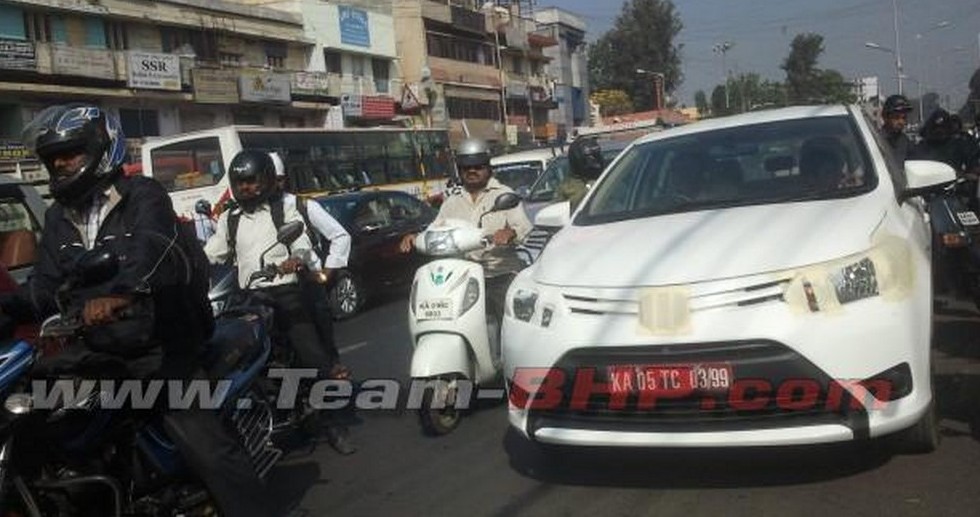 Toyota has been long pondering about a possible introduction of their Vios mid-size sedan in the Indian market to play a game in the C2 sedan segment currently ruled by the Honda City. While there has been nothing official from the company yet, but in a breaking news, a camouflaged test mule of the Vios was spotted recently in Bangalore in camouflage.

While Toyota is the 6th largest car manufacturer in the country, almost 40 per cent of their sales comprise of the MPV Innova. Their small cars Etios and Etios Liva have failed to ignite the market the way the company intended them to. The Vios though might bring the change they have so wished to see.

The test mule spotted by a Team BHP reader, is the third generation Vios sold in the South East Asian countries. The car sports a 1.5 Liter petrol engine capable of churning out 109 PS of power at 6,000 rpm and 141 Nm of torque at 4,200 rpm. Transmission duties are looked after by a 5 speed manual transmission and a 4 speed automatic unit. India is also expected to see the 1.4 liter diesel mill doing duty in the present Etios. 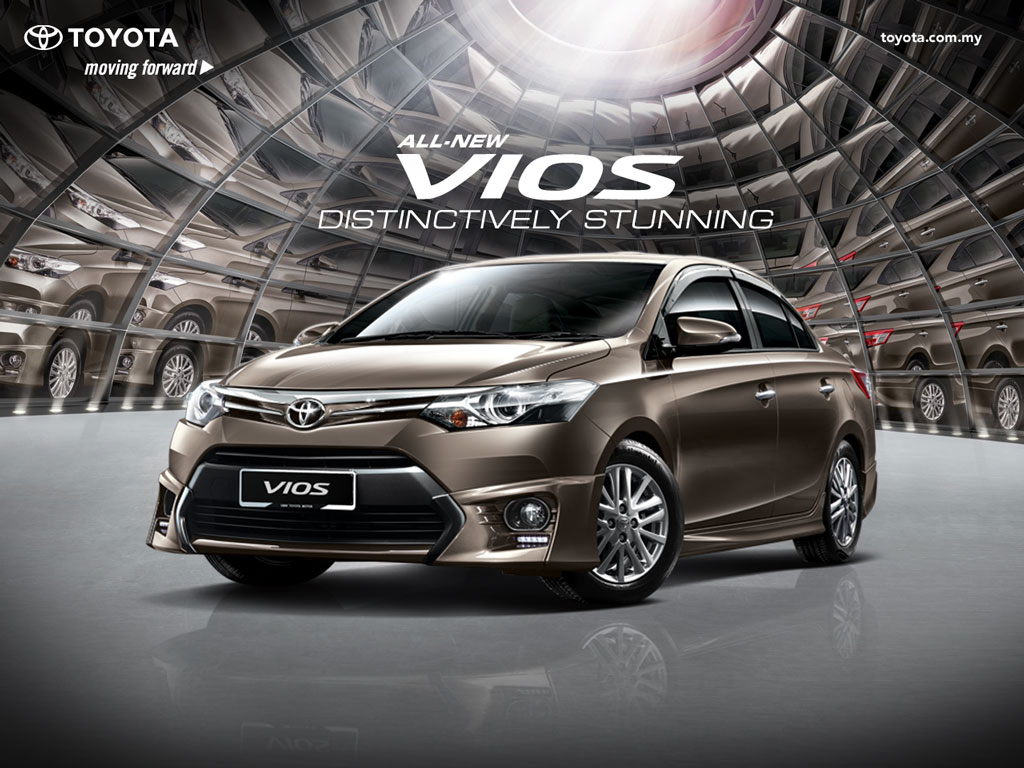 Fighting for a place in the mid-size sedan segment, that too against such seasoned opponents holding fort is going to be a tough fight for Toyota specially when they do not have a stronghold in the small car segment in India.

Apart from the Fortuner, none of their product is considered as aspirational and their older design philosophy has made them unluring for young car buyers.

The Vios has a sticker price of 74,700 Malaysian Ringgit in Malaysia which translates to a little less than 13 lakh green leaves in India. The pricing in India though will be lower, much lower than this!