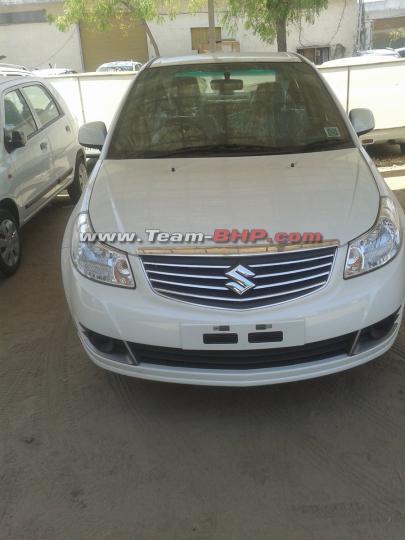 Through the first spyshots of a lightly camouflaged SX4, back in December 2012, we understood about Maruti’s intentions of launching a facelift of SX4 to boost its sagging sales.

Later on, after a few more spyshots and concrete new developments, clear pics of the car has been published at Team-Bhp.com. As was speculated, this new SX4 facelift is similar to what Suzuki had done to the Chinese SX4 way back in 2010. Fortunately, or unfortunately that is what the company feels, will work for them.

In this fresh avatar, SX4 adorns a chrome grille which is slightly bigger than the earlier one. A wee bit alterations to the front bumper and fog lamps. Reportedly, the interiors are also dual tone black and beige to lend a more airy and roomier feel. Engines and other mechanicals are expected to be the same. There might be a few tinkerings done to make it a better drive. We have also attached a pic of the current SX4 for you to make out the differences yourself.

The new face has provided the SX4 a more matured look along with a little premiumness which it lacked a little. In all, nothing significant that Maruti has done. Its a minor update on the lines of the other recent launches like Ritz and others.This is a minor job which is expected to carry SX4 through to an all-new avatar sometime next year. 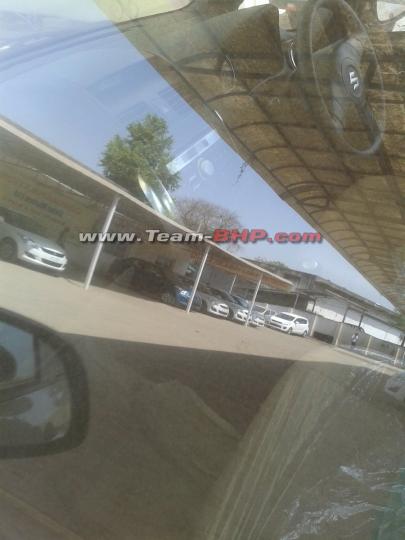 Maruti is expected to launch this refreshed SX4 probably towards the end of this month. So, does the new SX4 look like a threat to the younger looking Vernas and Citys?

Also Read: Hear This! Maruti Plans to Launch 4 SUVs in Next 2 Years…Including the XA Alpha