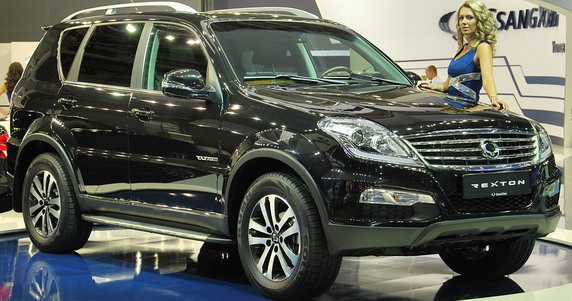 The big, masculine SUV would be launched on 17th October in Mumbai. It would be followed by launches in Delhi, Bangalore and phase wise roll out in other cities.

In our exclusive scoop of Rexton W a few days back we have already revealed that the launch is pretty near. We have also come to know that Mahindra has Indianized the Rexton and there are a few alterations to the dashboard.

On this occastion, Pawan Goenka, resident, Automotive and Farm Equipment Sectors, Mahindra & Mahindra Ltd. & Chairman Ssangyong Motor said, “The launch of the much acclaimed XUV500 last year helped Mahindra stamp its presence on the segment of premium SUVs. The Rexton will be the first SUV from the SsangYong portfolio brought to the Indian market by Mahindra. With the launch of the SsangYong Rexton, we hope to further expand the Mahindra presence in the high-end SUV segment”

Rexton would be worth a big wait since this would be Mahindra’s first product in the high-end 20 Lakh SUV segment. This would also be Ssangyong’s first ever product in India as well.

Keep tuned as we bring all the details of Rexton to your computer screens.