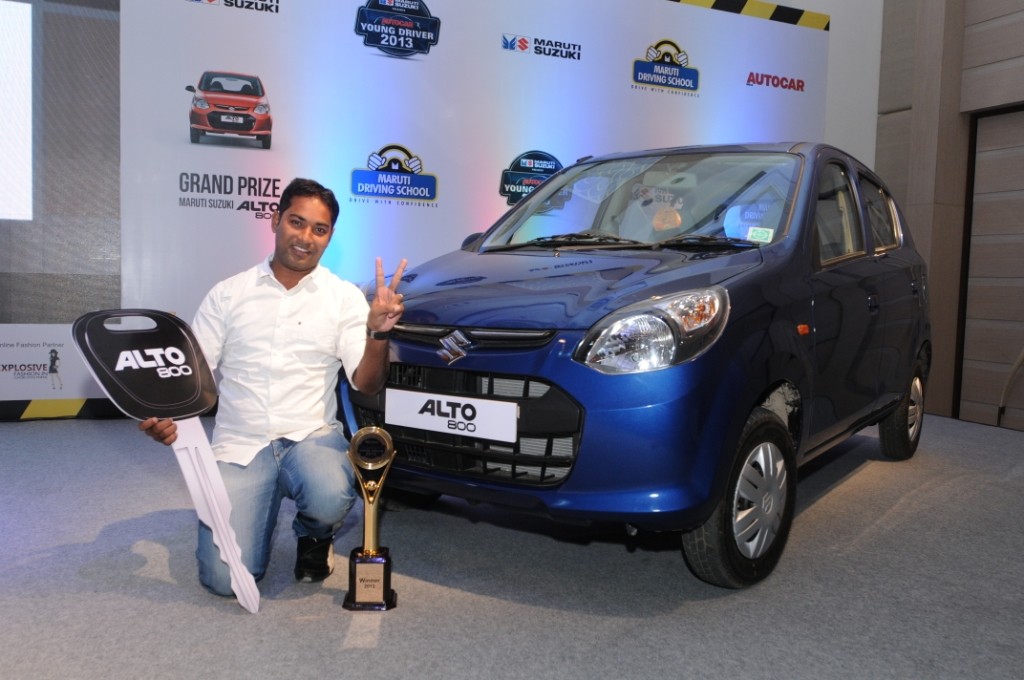 Maruti Suzuki – Autocar Young Driver 2013 –A contest that tests participant’s knowledge of traffic rules, awareness of road safety and their real world driving skills came to a grand closure with the crowning of Mr. Smruti Ranjan Das as the Young Driver Ambassador for safe driving.

Open to all individuals, between the age of 18 and 30, with a valid Indian driving license the famed contest in its fifth edition ran for three month and saw 50,000 participants from 44 cities pan India. The fight out saw its climax when 28 finalists showcased their driving skills on the test tracks at the Institute of Driving and Traffic Research (IDTR) in New Delhi.

The final night saw Mr. Smruti Ranjan Das become the Young Driver Ambassador for safe driving and drive home a brand new Alto 800. As the new ambassador Mr. Smruti Ranjan das will also endorse various promotional activities leading up to the next edition of the contest.

Delighted and excited on the win Mr.Smruti Ranjan das noted ‘Loosing and winning doesn’t matter it’s about learning and he learnt a lot through the contest’ to aptly put the impact of the event in his life and driving. 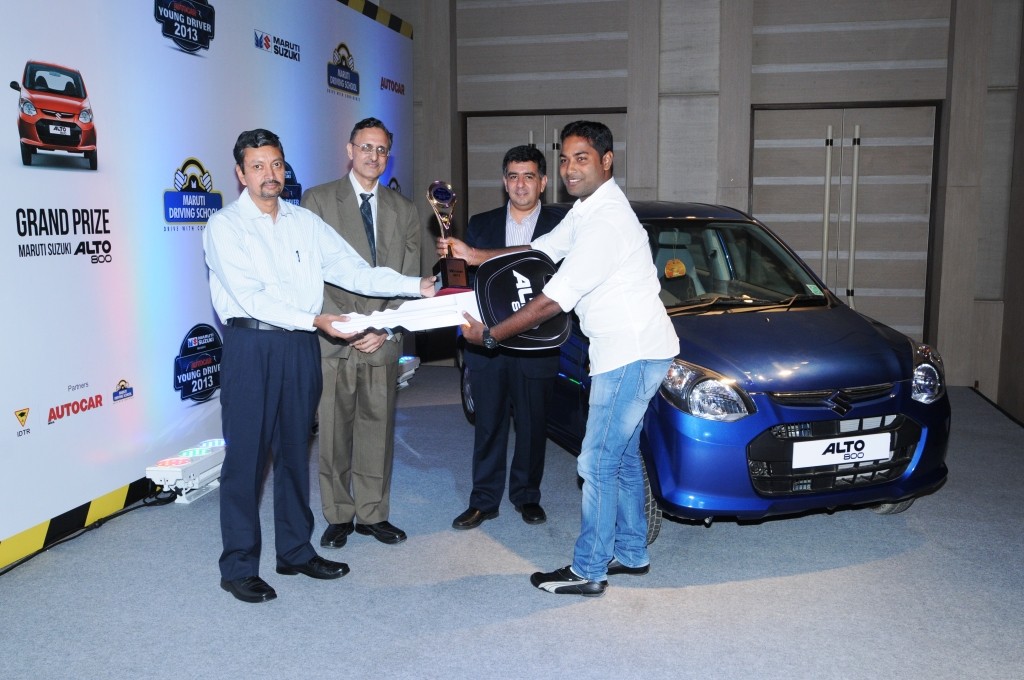 “Autocar India has always strived hard to promote road safety and safer driving habits and this year the contest involved more engaging activations such as Safety Saturdays, campus visits and mall promotions to ensure that we targeted the youth all over the country and motivated them to participate in this contest.”

As we Congratulate the winner- Mr.Smruti Ranjan, here is a look at the path that lead to the glory-