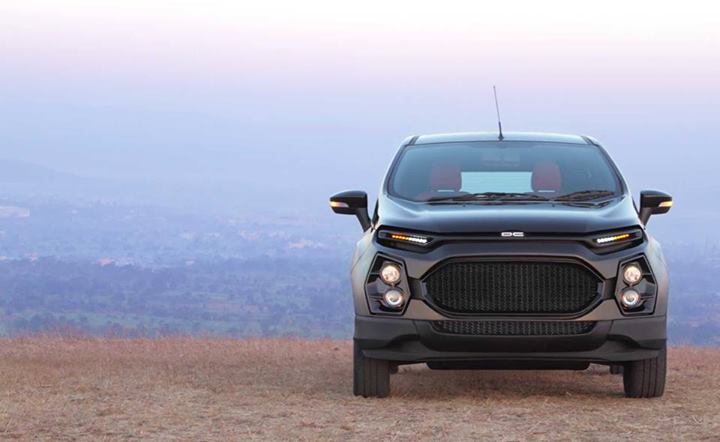 DC Designs of Mumbai have been at the forefront of India’s automotive design aspirations. It was sometime during the 1990s that I first saw photographs of one of DC’s creations in a popular motor magazine.

I do not exactly remember which car it was but it certainly looked ahead of its time. It gave the impression that the brain behind the design was not native, but it was. Later on, I learned that Mr. Dilip Chhabria had indeed been a student of the prestigious Art Center College of Design in Pasadena, California and has for some time been working in the General Motor’s Design Center in Detroit. The man certainly knows what he is doing and I wholeheartedly recommend any youngster pursuing automotive design dreams to check out the DC College for training and inspiration.

Very recently my editor pointed me towards some pictures of a Ford EcoSport touched up by his company, DC Designs. And boy! Doesn’t it look marvellous! If I didn’t already know that it was the interior of a DC customized EcoSport, I would have taken it for the interiors of a Bombardier business jet.

The interiors are tastefully done up with just the right amount of everything and pleasing colour combination. The leather upholstery is of immaculate, stainless beige that one would rather look at than consider parking his bum on. The left rear seat gets the first-class air travel recliner for those long, chauffeur-driven hauls. Unfortunately, the recliner armrest is not provided with a cup holder to place that martini. Perhaps Mr. Chhabria is a teetotaler or maybe he knows very well that our exemplary roads would spill the refresher and spoil the well crafted seats. If I happen to be stretched upon that recliner, I would rather take that risk. 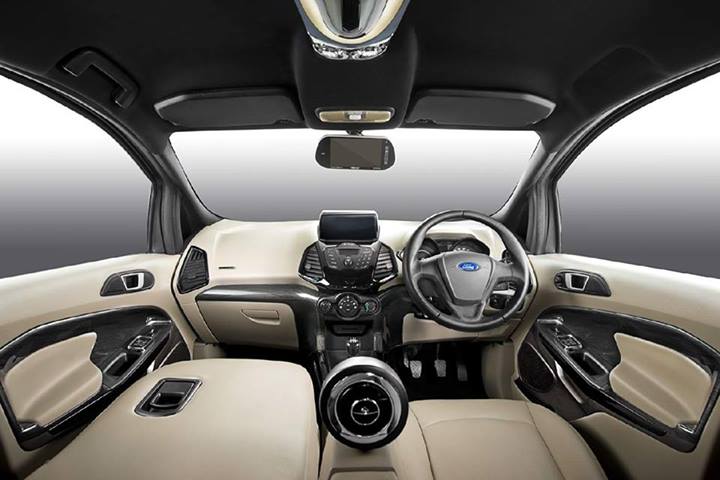 From the outside, the vehicle looks like a mafia boss in Armani. If you happen to be looking at this car on your rear view mirror, you would pull aside and give way even if you have to bump your vehicle on a lamppost while doing so.

DC EcoSport is just another fabulous creation from DC Design. The performance figures and the price of the car have not been disclosed yet, but you can expect to pay a healthy premium over the regular EcoSport.