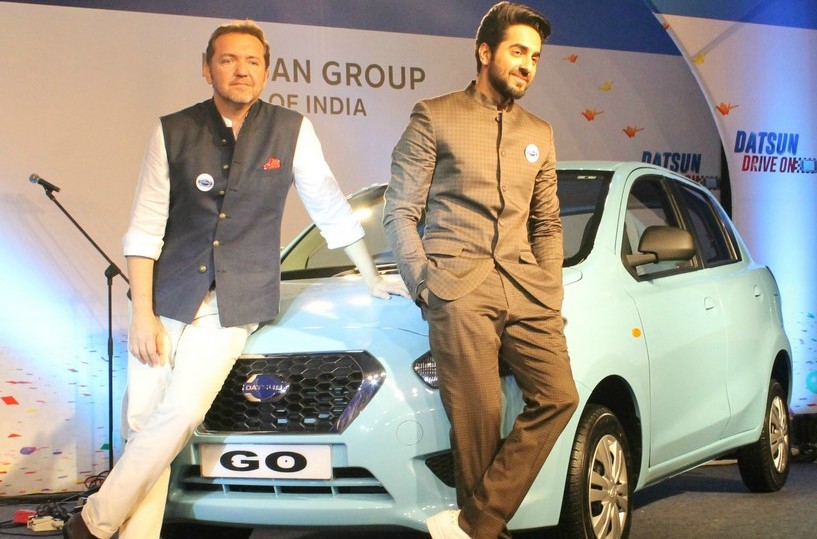 Datsun in a fun filled ceremony celebrated its 1st anniversary in India in the presence of over 100 Datsun owners. The event held in Delhi was attended by Guillaume Sicard, President of Nissan’s Indian Operations and Bollywood actor Ayushmann Khurrana.

The event included a lovely musical session by Ayushmann with the musicians from the band Faridkot building up the tempo. The electric atmosphere enthralled the audience and Mr Sicard soon joined Ayushmann on stage singing along with him.

Talking about their new tagline ‘Nayi Parampara’, he talked about how Datsun aims to be a people’s brand believing in mobility for all. Datsun was reintroduced first in India with its first products going on sale last year after the company announced its plans back in 2012.

He informed that Datsun, in its first year, has sold about 17,000 cars, which, we know, is a lot less than what they initially planned. However, they are trying to build the brand which can get them the desired volumes.

Also Read: 3 Reasons Why Datsun is NOT Doing Well Despite Fantastic Products

The company memorialised the occasion by distributing gifts among the underprivileged kids and this occasion was celebrated in 100 locations across India. The Datsun Drive On campaign, was further organised in six other cities which include Bangalore, Chennai, Kolkata, Cochin, Ahmedabad and Guwahati. 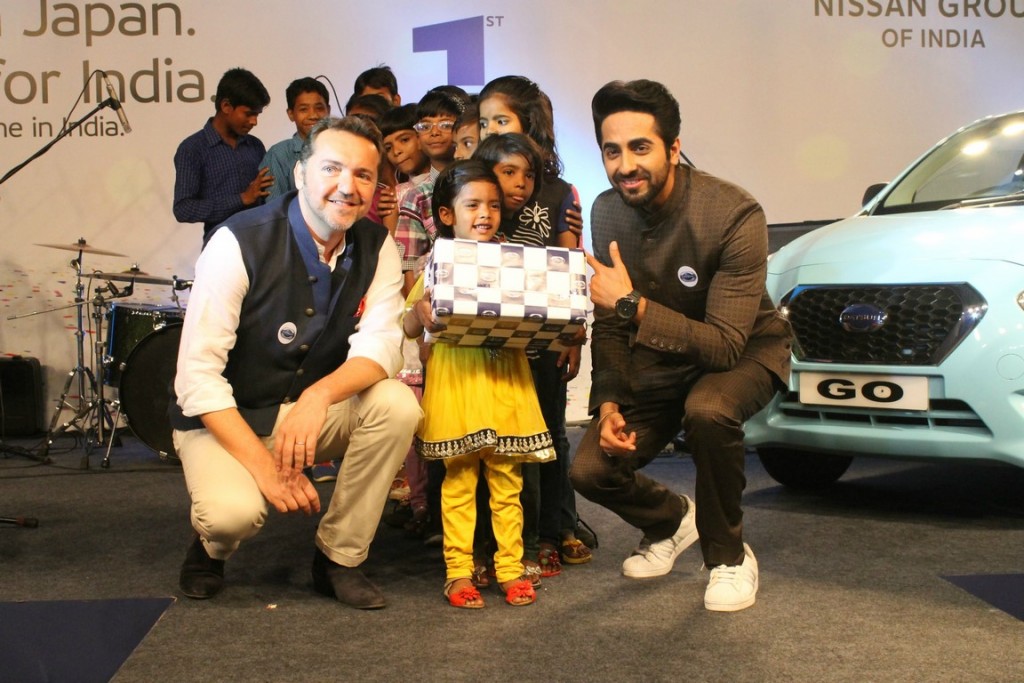 Datsun currently sells two cars in India, the Go hatchback and the Go+ which is a 5+2 seater compact MPV. They also plan to launch a new sub Go hatch in the near future.