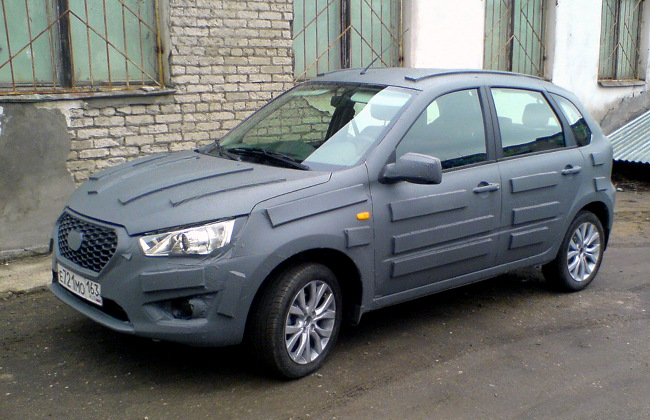 The Renault Nissan alliance is surely seeing some good days and they sure do know how to sell rebadged cars, the Renault Duster-Nissan Terrano being the most successful example of this philosophy here in India.

The alliance has acquired a stake of the Russian automotive giant Lada and showcased its first sedan onDO (pics & details) earlier in April under the Datsun banner. The four door, five seater sedan, is to be launched in Russia by June and is based on a car made by Lada called as the Granta.

In a fresh new update, spyshots of a new hatchback under the Datsun badging based on the Lada Kalina have appeared on a Russian site Wroom.ru.

mi-DO also has a stark resemblance with onDO sedan since Kalina is also a hatchback version of Granta. The car continues to look as boring and bland as the Kalina, though its gets the signature Datsun styled grille, new fog lamps and hopefully newer alloys! The rear panel is also supposed to get a slight makeover. The interiors can be expected to have strong resemblance with the on-Do sedan and hence there appears to be truck-loads of interior space as well! 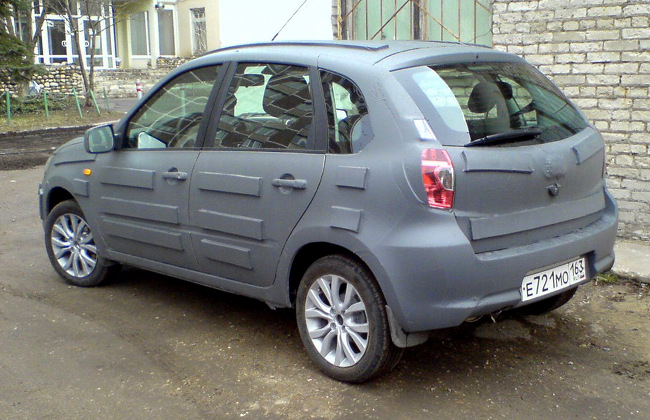 The brand Lada rose to popularity during the Soviet era when owing one was seen as a symbol of city life. The cars are tough and can brave harsh climatic as well as road conditions. The company in fact has been famous for making robust and strong cars, the Viking ship in its logo giving further proof to that.

Datsun continues to use its own strange way of naming cars, and has reportedly named this new hatchback as the mi-Do. The car is scheduled to be unveiled during the Moscow International Auto Show in August this year. Like onDO, there are no chances (and sense) of Datsun launching mi-DO here in India.

But what is coming to India and soon is the sub 4-meter 7-seat Go+ MPV and soon!