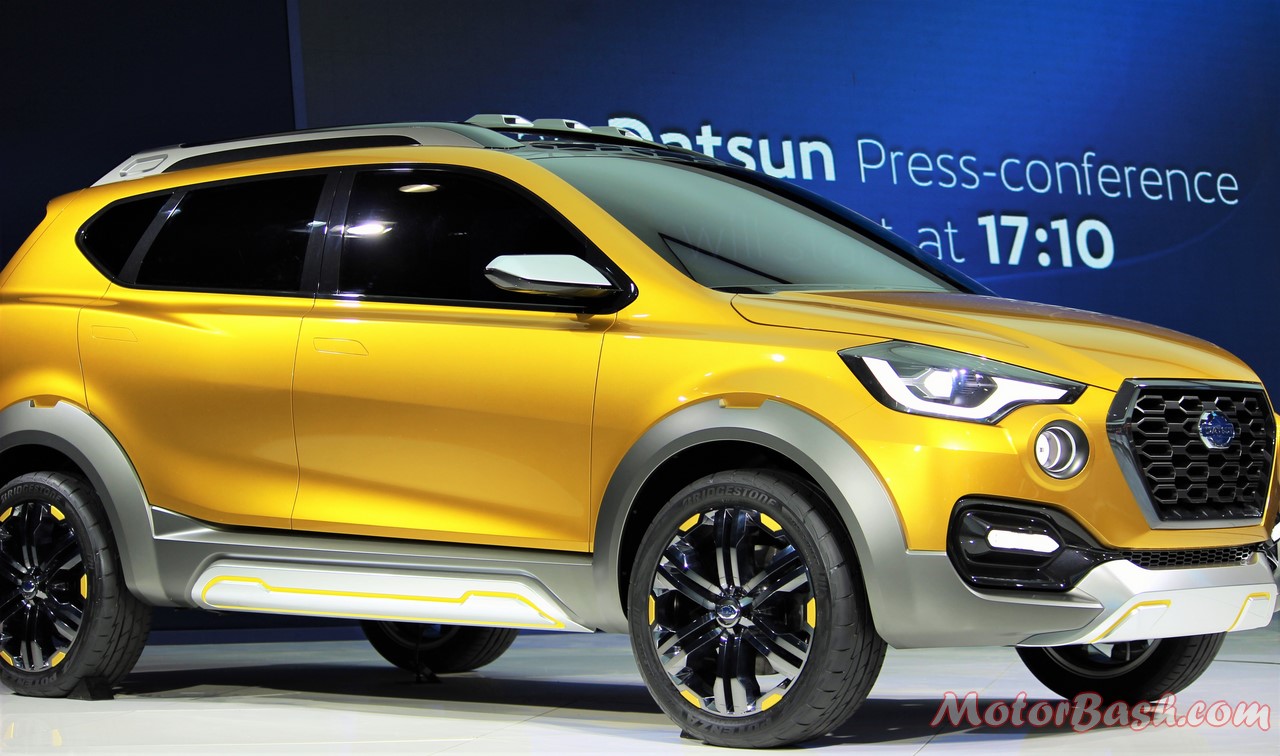 The Datsun brand made its re-entry into the world in 2014 and the first product for India was the Go hatchback, which was followed by the Go+ compact MPV. Both these cars were utilitarian but sported that zesty engine. Though sales are not very encouraging but we believe both the cars are very potent and Datsun has a future in India.

The Nissan owned brand has some serious plans for our market and has lined up two very interesting products which will hit the market within this year. Let us have a quick look at both of them…

Go Cross is a compact crossover and was showcased at the recent Auto Expo in its concept form. It is based on the same Go’s platform and will sit over the Go+ in terms of placement. This still means that it will be priced at luring tags and also probably previews the design language for future version of the Go and Go+ models in high growth markets.

We expect the production version of Go-Cross to start at Rs 4.25 Lakhs and span across till Rs 5.5 Lakhs. The company claims that the concept model has been designed keeping young people as its key target audience. In terms of engines, it is expected to continue with the same 1.2 liter motor.

If the Go-Cross will play in the higher range, Datsun will introduce a small car as well, which will form its entry range. RediGo, which was unveiled at the 2014 Auto Expo is expected to get launched in the coming three months in the market.

While the company did not showcase a production ready version at the Auto Expo 2016, test units have been spied regularly. RediGo is expected to be priced between Rs 2.5 Lakhs to Rs 3.5 Lakhs and could probably be the most interesting car in the line-up. It is still not clear if it will share its 800cc engine with the Kwid.

With these two crossover-like products Datsun will try to re-establish itself in the market and if they can plan the variants well, we see a lot of interest in their lineup.