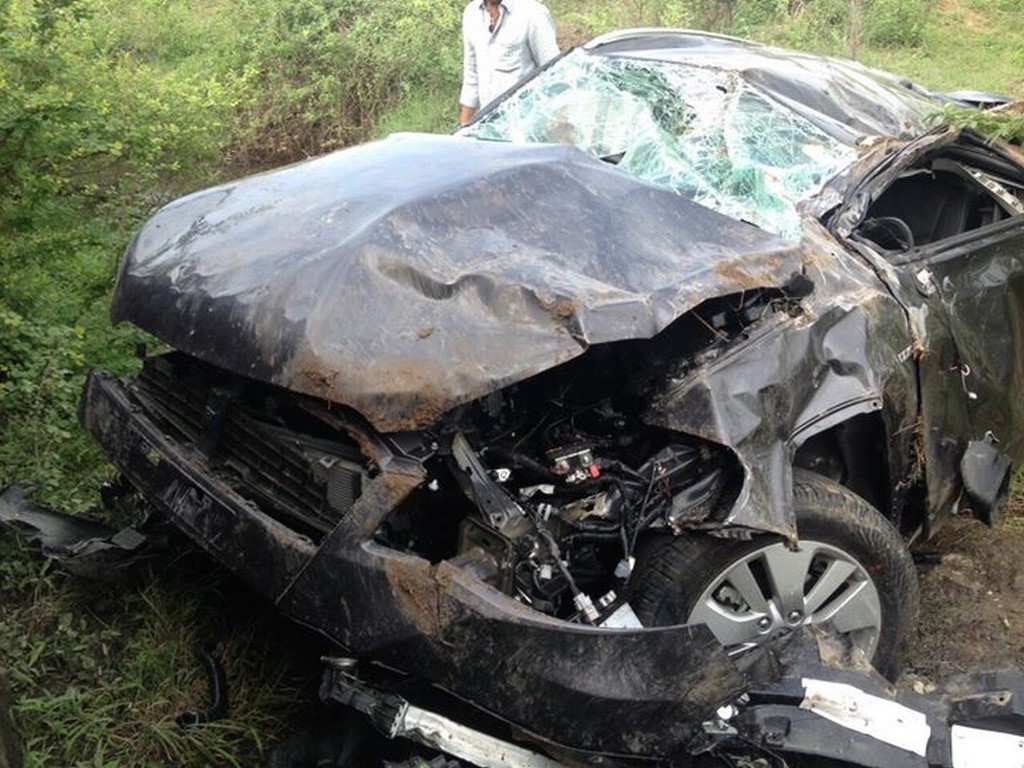 Maruti Suzuki has scheduled the launch of its upcoming Duster and Creta rival S-Cross on August 5. And today moments after we received their official invite, a few pictures of a wrecked S-Cross have surfaced at a Facebook group called Team Fiat Moto Club.

There is nothing known apart from the pics we see. This could possibly be a unit out for delivery to a Nexa outlet, the only place where one can buy the car. There seems to have been a frontal collision which has damaged the crossover brutally! Post the frontal impact the car may have turned turtle and must have dragged around for a bit resulting in pictures which point to the crossover being totaled and beyond repair! 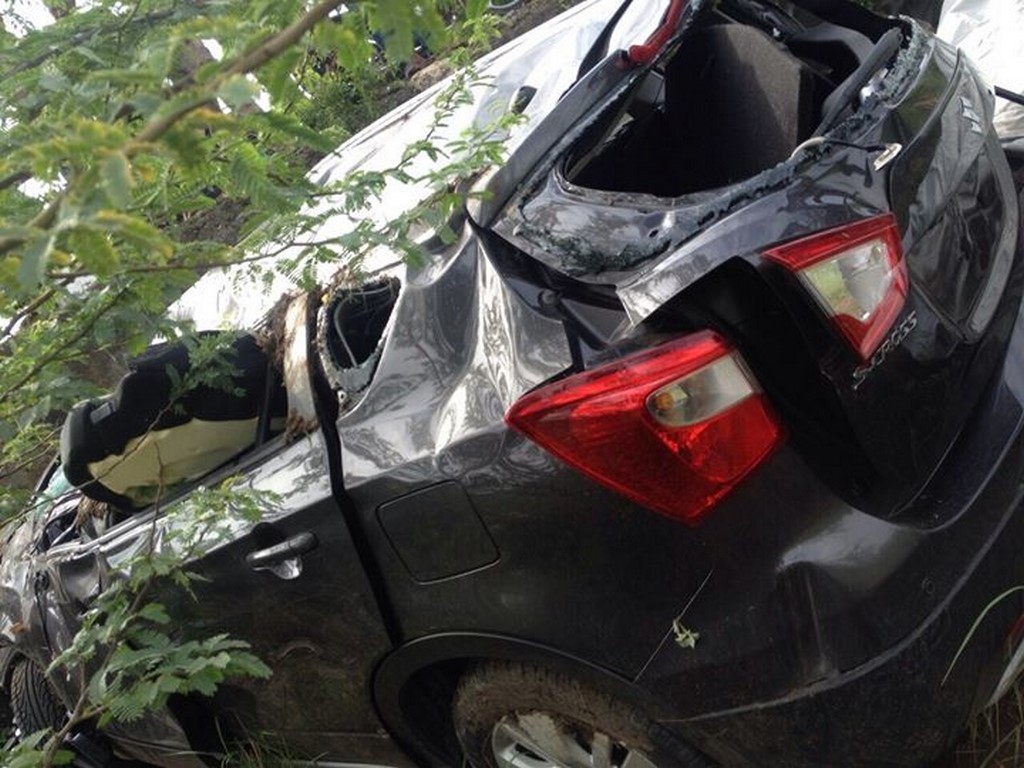 The front passenger section, which is visible in one of the photograph, appears to have been completely crushed and bits of the seat seems to be protruding from the rear window. 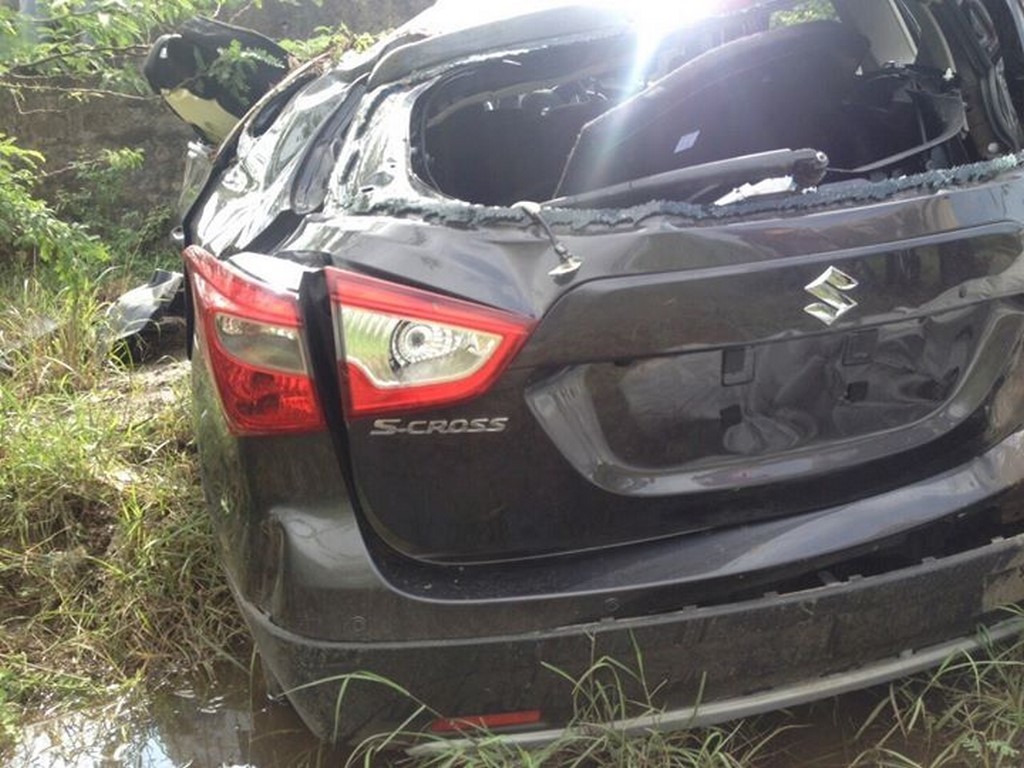 We are unsure which variant of S-Cross is this and nor is it known if it sported Fiat’s 1.6 litre multijet diesel engine, which will mark its debut in India. Looking at this accidental S-Cross, we just fret to think of the condition of the occupants. We just hope they are safe! 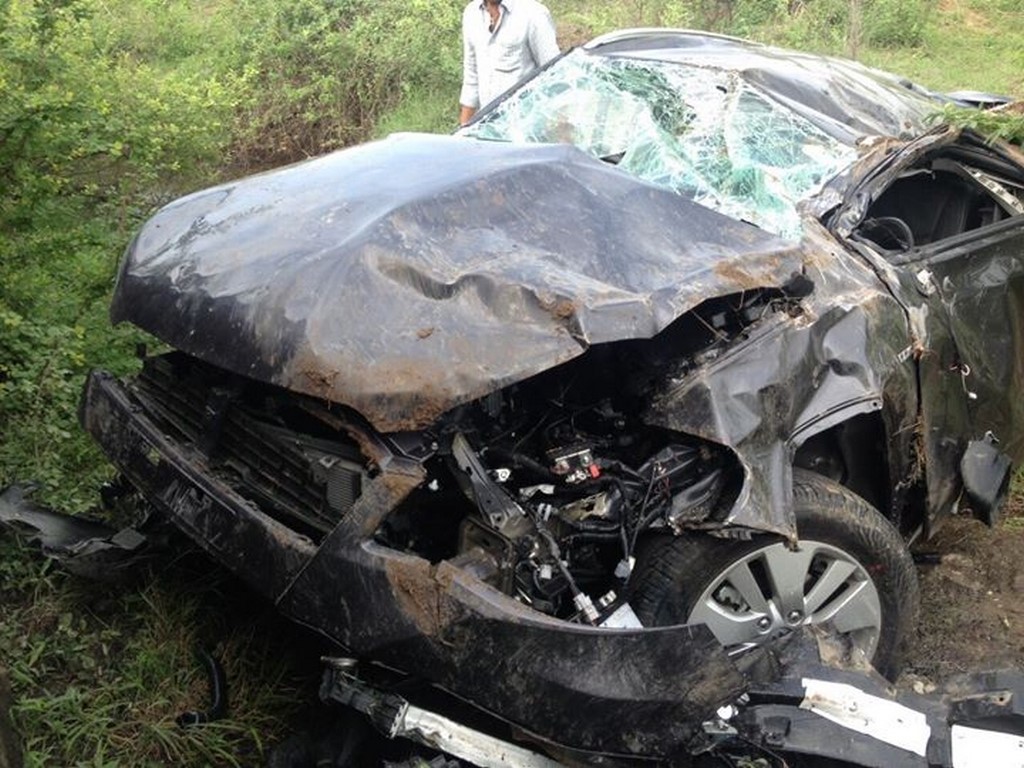 Under whatever circumstances this may have happened, this is pure unfortunate. And we do not understand what is this happening! Just before or after an awaited car, we see its crash pictures circulating over the internet. A similar incident was reported for Creta, barely after a couple of days after its launch.

But it is terribly disturbing to see completely wrecked pieces of brand new yet-to-be-launched or just-launched cars! Drive safe, wear your seatbelts always and try to buy a car which has at least the basic safety features within your budget!