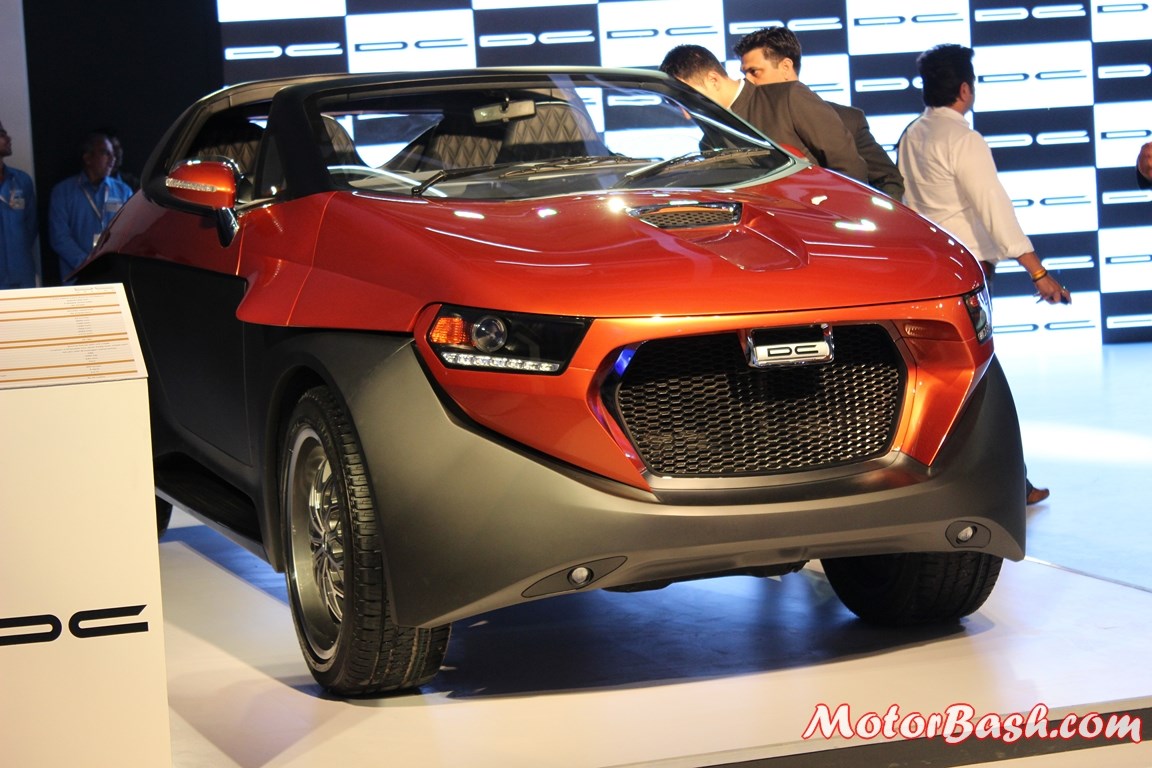 DC was on fire at the Auto Expo and unveiled not one but two concept cars which will soon go into production, obviously apart from the Avanti they have created a big hype about. The company, in fact, also went ahead and announced its prices.

Eleron is an open Targa-topped SUV built around a space frame with roll cage. The Eleron is claimed to have a top speed of 200 Kmph with the hundred coming up in about 9 seconds.

The 2-liter turbocharged petrol, which we believe is the same Ford sourced 2L EcoBoost, delivers around 265 bhp and 360 Nm. The Eleron’s body is almost entirely made up of carbon composite, but still the vehicle weighs in at 2500 kg leaving one to wonder wherefrom the SUV gained so much weight.

The design of the Eleron is quite radical and on-the-face. The suspension has double wishbone up front and strong air suspension units at the rear. The car rides on large 22- inch wheels and has large diameter, 4-pot drilled and ventilated discs with Bosch ABS along with ESP.

Eleron can accommodate 4 people in the comfortable bucket seats and is priced at INR 35 lacs. Production of Eleron will start sometime in 2016 and DC intends to produce only 500 units of the SUV.

The more interesting thing was a soft Kareena pulling the wraps off a masculine SUV. 😉