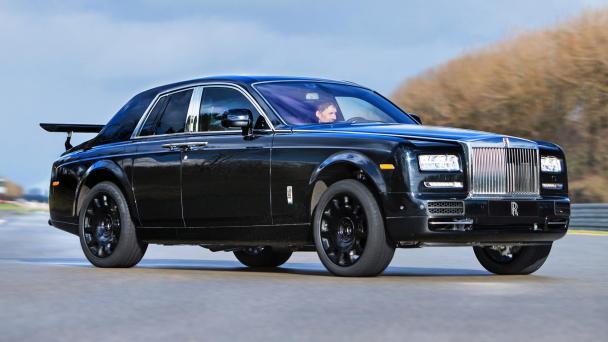 The Rolls Royce brand’s history has been starred by several great cars. While rumours had been flying around for a long time, the news about their SUV was first officially confirmed by their Chief Executive in February last year. Codenamed as Project Cullinan, details have so far remained fairly sketchy. However, the folks at Top Gear have managed to dig out some information about the SUV.

Adrian van Hooydonk, BMW’s Design supremo revealed the idea behind Rolls Royce making an SUV. He said that the luxury car maker had been building cars with a higher ground clearance in its rich history. In fact the royalty used to use them to travel from Europe to Far East and roads in those days were nothing but a sad tale.

The very idea that Rolls Royce was used as the daily driver across such terrains was the real inspiration for Cullinan. He however admitted that the it indeed is a ‘daunting’ task to make an SUV for a brand like Rolls Royce. At the Villa D’Este concours show, he added:

“Even here, Rolls Royces are perfectly polished, on pedestals, and it’s almost like you’re not allowed to touch them. But that would be wrong. If Rolls-Royce becomes a brand where people think it’s only to look at and not to drive, there could be serious problems. A Rolls-Royce, especially the SUV, should be a car that’s fun to drive. We believe for the brand, it would be very good to have a car where people immediately understand that yes, I can drive this car everyday, it’s not a problem. The SUV will be such a car.”

And yes, just like everything they make is a work of art, the SUV will also be no different. And not an ugly monster truck! Set to be launched in 2018, it will be based on the new aluminium space frame structure and will most probably be powered by a V12 mill.