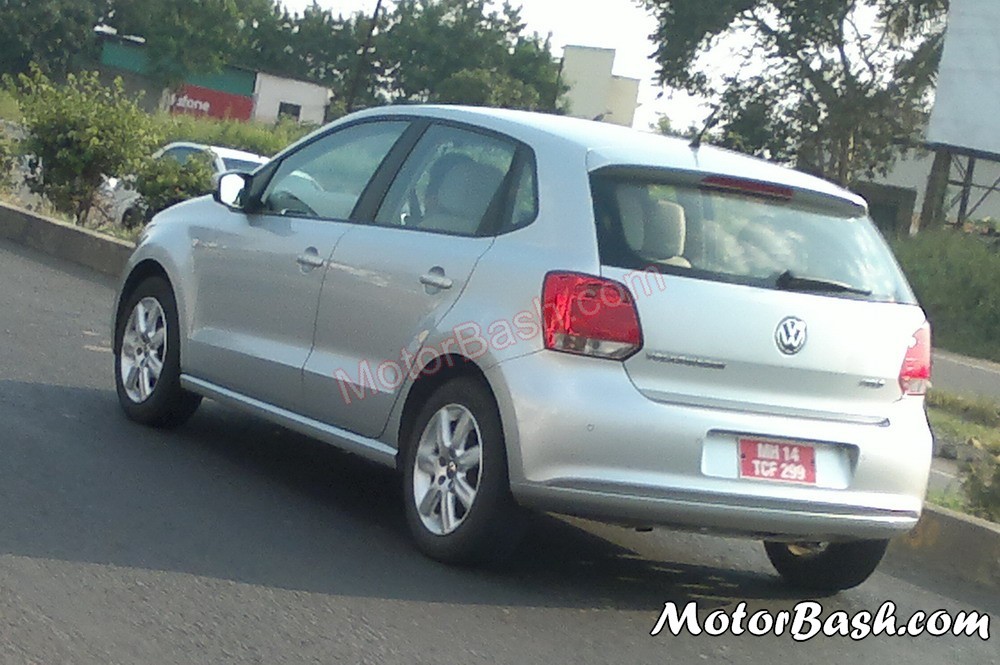 If you have been ardently following MotorBash, you would have already read our spyshot article on a test Polo we published on October 22.

In this article, we speculated that this could be a Polo which could be testing new engines under the bonnet. Now, Autocar has come up with a scoop revealing that Volkswagen is preparing the 1.6 GTD Polo hatch!

The Polo 1.6 would share Vento’s 1.6L diesel engine and we can safely assume it to be one car which could qualify as a ‘Hot Hatch!” Performancewise, Polo 1.6 GTD would be definitely better than Vento considering the weight difference of 90kgs.

Polo 1.6 is also expected to carry a lot of equipment like body kit, lower profile tyres and other bits to add sportiness. The 1.6L diesel engine would breach the 1500cc benchmark set for a car to qualify as a ‘small’ car in India and hence Polo 1.6 GTD would attract higher 24% excise (in comparison with 12% of current 1.2 Polo). This, along with other bits mean that the Polo 1.6 would definitely be priced significantly higher than the current Polo.

It is also expected that this engine would also not be a fuel guzzler and would provide fun along with reasonable fuel efficiency. The Polo 1.6 GTD is expected to be launched in early 2013 .