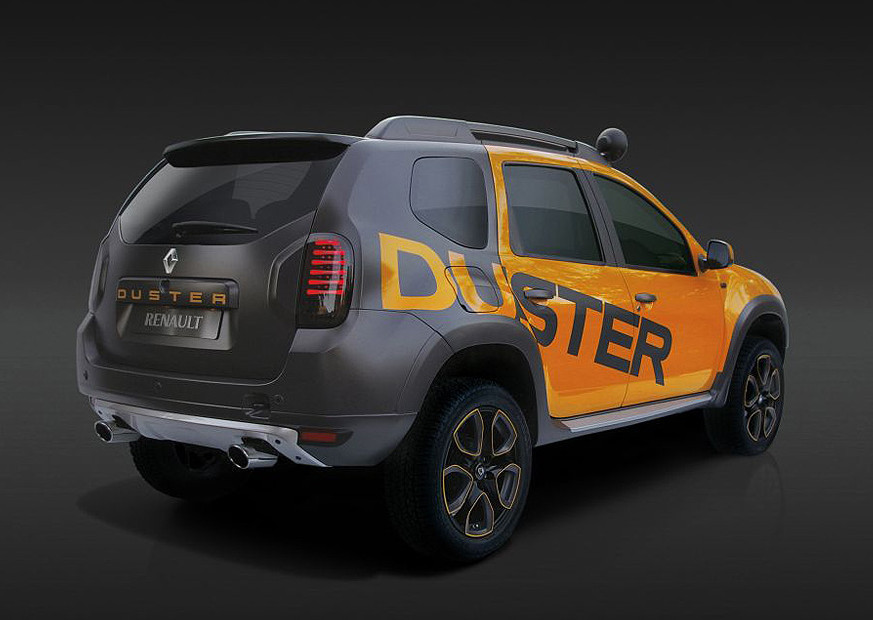 After an eye-popping teaser a few days back, Renault has unveiled the Duster Detour Concept at Johannesburg International Motor Show. It looks enticing to us, and we are quite sure you too feel the same about it.

Renault has stated that as of now, there are no plans to have the Duster Detour up for sale in any market. It will remain in the “Concept” Stage for now. Nevertheless, we would urge the French automaker to lift this embargo off the sales of the Duster Detour. The concept car takes the bruteness of the Duster to an all-new high. 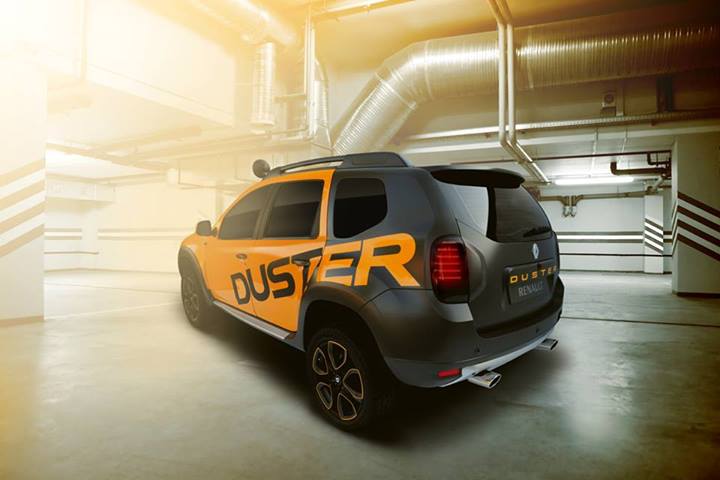 What if Renault offers this as the topmost trim?? Or as a Limited Edition?? 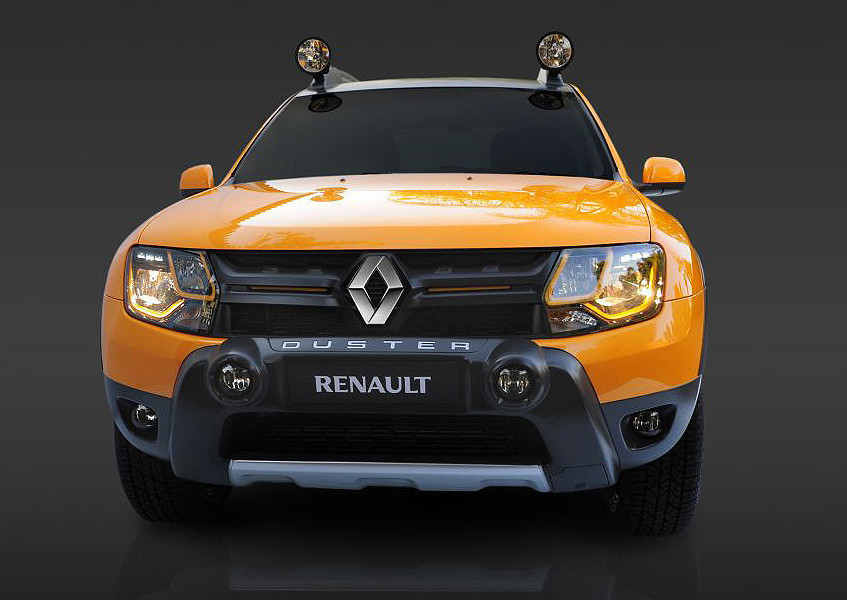 The Duster Detour Concept was a result of collaboration between Renault’s European Design Studio and another private design studio based in Johannesburg. As we described earlier, the Duster Detour urges the driver to rise up to the occasion and chart a path different from the one that appears obvious. Yes, you got it!! It is aimed at the individuals with an urge for adventure, and challenges them to get off the paved highways into the dust-and-dirt trails.

The Duster Detour gets a new engine grille flanked by newer headlamp assemblies adorned with Daytime Running Lights as well as yellow accents. In fact, the Bumblebee-Inspired Yellow has been a major part of the design statement made by the Duster Detour. Upfront, it also gets a nudge guard with two auxiliary foglamps.

To add to that brawny, rough image, the Duster Detour receives dark, plastic mouldings on the wheel arches as well as the bumpers and side skirts. The car runs astride on 18-inch black, all-terrain wheels with yellow highlights. At the rear, we get to see stylish LED tail lights and a diffuser. There is a roof spoiler on top and dual exhaust tips lend muscle somewhat below.

The paint scheme is quite nearly the highlight of the Duster Detour. We feel it is Matte Grey on Mustard Yellow as the base coat. Artfully balanced, the paint job isn’t drab looking at all. Infact, the intelligent use of yellow highlights has enlivened up the proceedings. This one is a head turner for sure, even when it is swathed in layers of mud and is kicking up dust on forest trails. 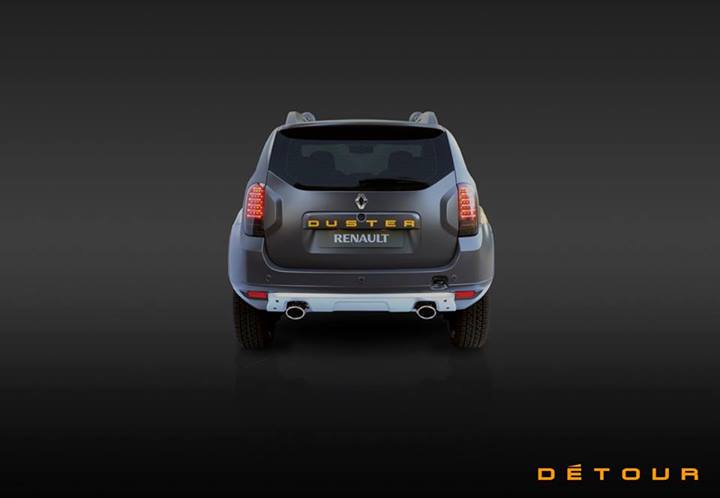 Unfortunately, the car at the Jo’Burg Motor Show had the exact internals under the hood as the regular Renault/Dacia Duster. We might get to see different states of tune in the 1.5 Litre Diesel mills (85 PS/110 PS) and the 1.6 Litre Petrol engine ( 104 PS ), but only if Renault decides to put this car up for sale!!