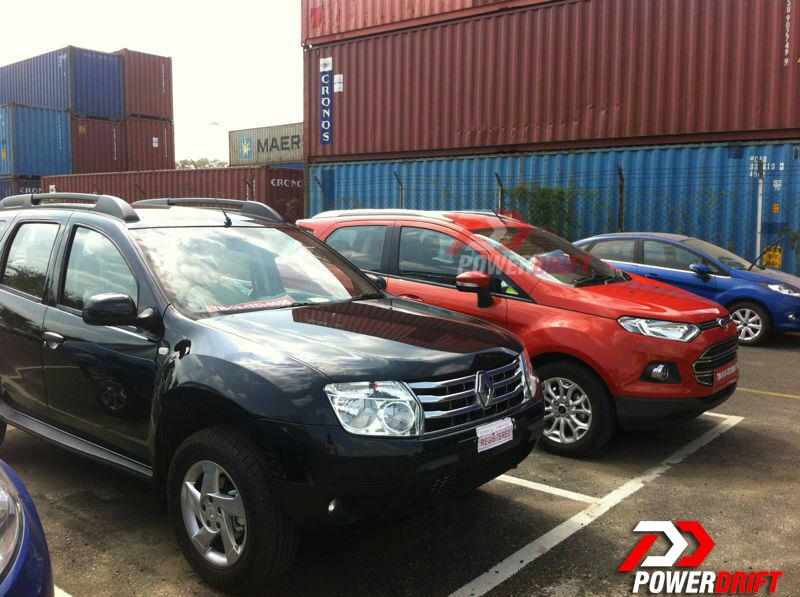 This is getting interesting! After a lots (and lots…) of spyshots and spy videos of Ford Ecosport, we have a couple of interesting pictures in hand.

Uptil now, we have shared the Duster vs Ecosport pictures twice, both of them were not from India. PowerDrift has, from somewhere, got these two pictures where the upcoming Ecosport is seen parked besides the Renault Duster. The Ecosport is in its promotional Red Mars attire, whereas the Duster is in handsome black. 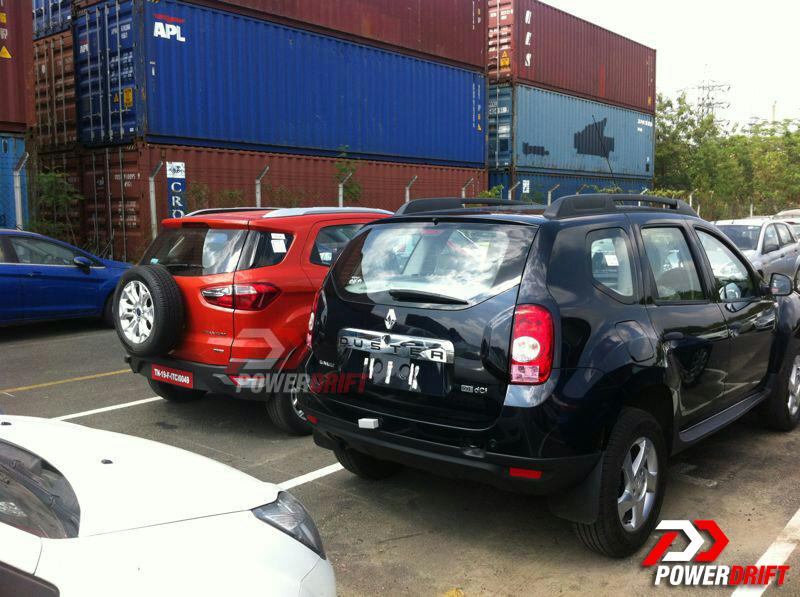 The place looks some kind of a parking spot near a port with those big shipping containers stacked one over the other. Now, Ecosport is a company owned car with temporary registration, the Duster’s whereabouts are  little confusing. At the front it carries showroom ‘Registered’ sticker whereas inside the car, the ‘TN’ temporary plates are placed. What are these cars doing together? Is this a mere coincidence? Are these cars all set for a media comparo drive? No, we aren’t sure!

But these pictures do give a sense of how, in India, both the most sought after compact SUVs will look side by side.

Did You Know – Shocker: Ford Ecospor might start at Rs 5 Lakh

1 thought on “Ecosport and Duster Spotted Together in India, First Time Ever!”