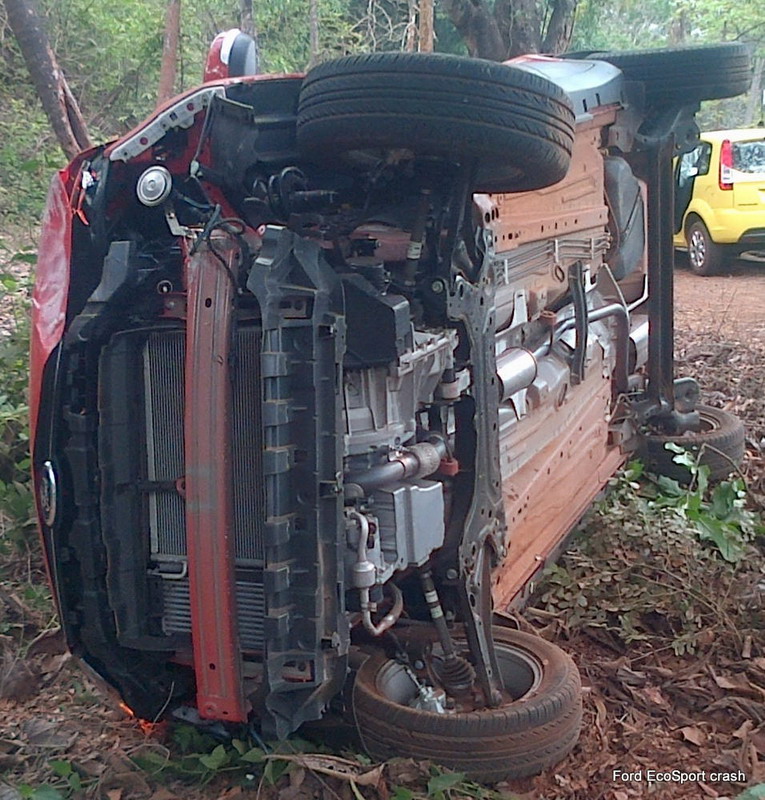 It has barely been a few days when we test drove the EcoSport on the narrow but clear and well laid roads of Goa. In all Ford allocated 9 cars for this massive drive which included journalists from international media as well.

Sadly, one of these EcoSport (No 6) suffered a major crash in the hands of a reviewer. There are various words coming on the media citing various reasons but we will not get into those details. The most important thing is that there was no casualty and no one was seriously injured.

Reportedly, this incident happened during the regular media drive program when the driver was taking a turn on a curve and lost control of the vehicle. The EcoSport crashed into a lampost, breaking it away and ended up flipping by the side. There were two people in the accidental EcoSport including the driver and both of whom were wearing their seat-belts. The impact was severe which caused the airbags to get deployed. All media drive cars were EcoSport EcoBoost Titanium option pack which had as many as 6 airbags including the side airbags! 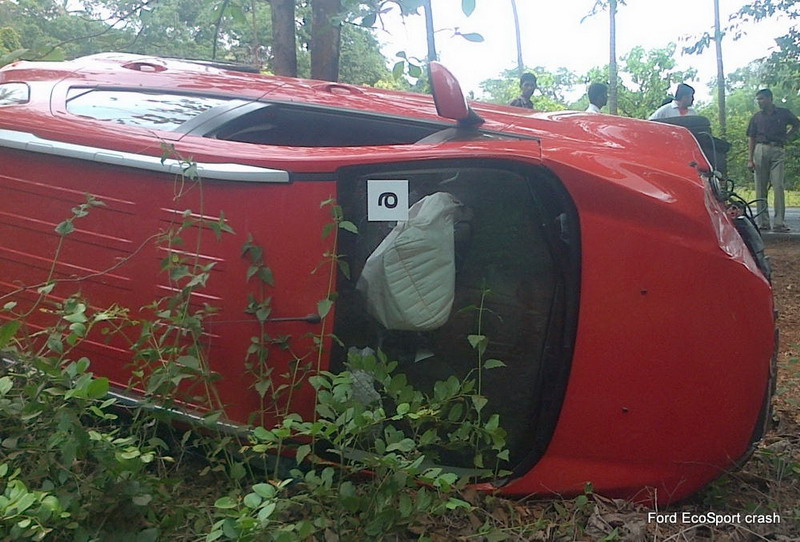 Now, there are two conditions for Ford’s Emergency Assist to function. It will get activated when airbags get deployed or the fuel cut-off is activated. And this is what happened! As soon as the airbags were deployed, the Emergency Assistance System dialed the emergency number (which is 108 for India) through the network of the connected smartphone. An ambulance arrived at the scene within 10 minutes of the call for immediate medical help. 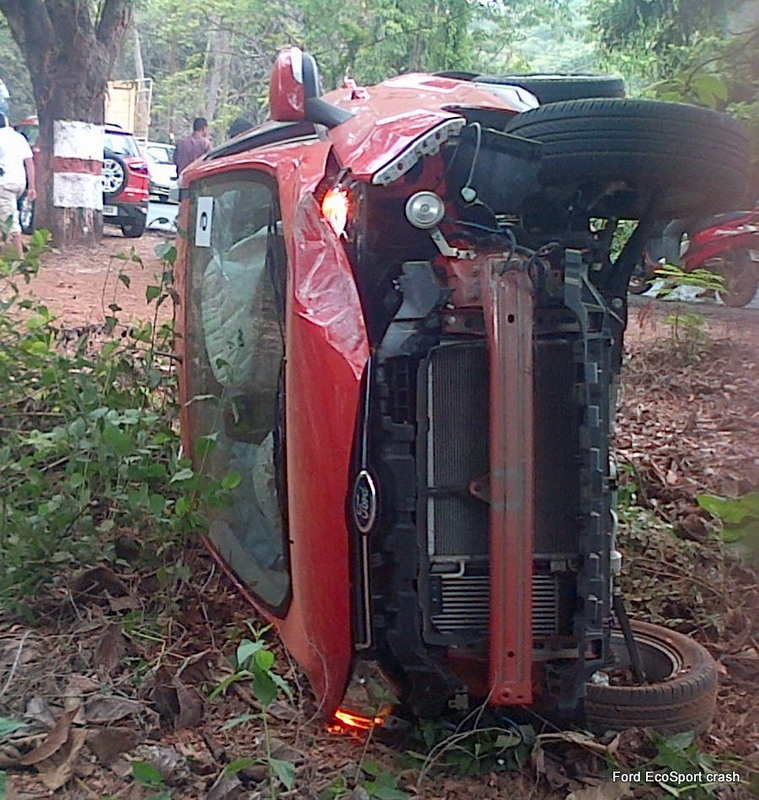 Now, through this unfortunate accident, we get a hang of how effective and life saving Ford’s Emergency Assistance System can be. And it works perfectly fine, as it gets demonstrated here. Ford will offer India’s first Emergency Assistance on the upcoming EcoSport and you can know about its complete functioning here.