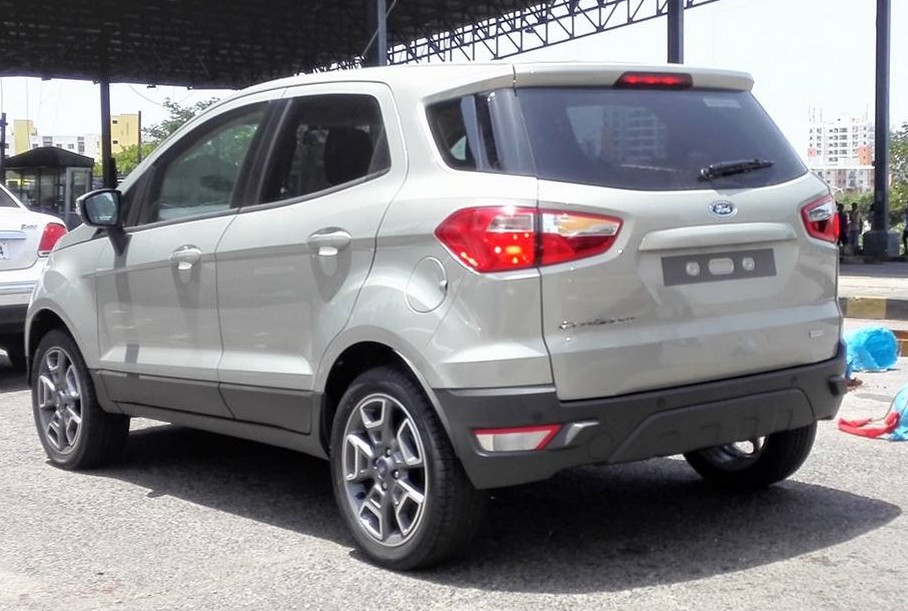 Ford India has started testing the new EcoSport update in India and this is its second spotting here. The facelifted (rather rearlifted) version was recently launched in the UK and includes a few cosmetic and mechanical changes. The biggest change is the absence of rear spare wheel on the tail gate which makes it look more of a cross-hatch like the i20 Active and others.

These spy pics by the folks at Team Fiat Moto Club reveal the presence of new allow wheels which seem to have drawn inspiration from Abarth’s scorpions and they do look interesting! The compact SUV appears to be sitting slightly lower than the present version (more on that later). 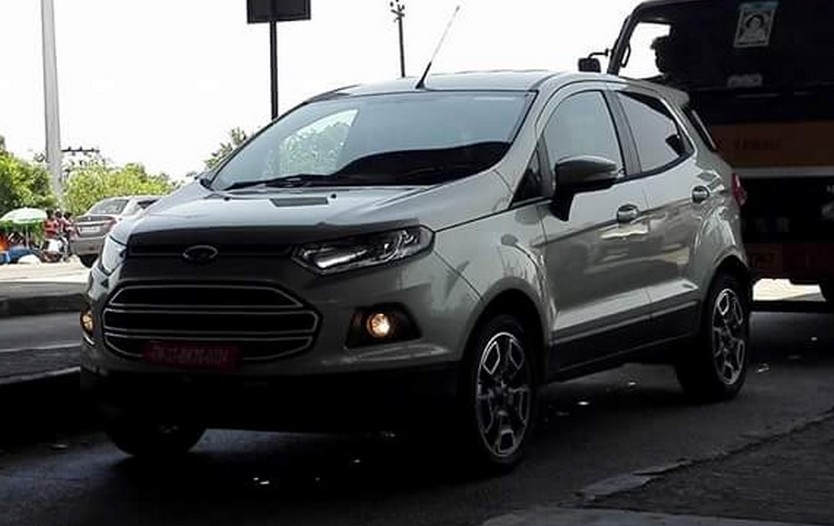 Changes on the front are minimal. The front grille remains the same but gets a pseudo chrome blemish on the front bumper. The head lamp gets a small blue LED lining to make it look funkier. The spare wheel in the UK has now become an optional extra and models without the wheel pack will get a tyre mobility kit as standard.

The tail gate design has also been redesigned to allow easier access to the boot space with partial opening. The rear bumper gets a skid plate while the tailgate also gets a pseudo chrome garnish. The registration plate moves to the centre of the tailgate with the Ford badging on its top. 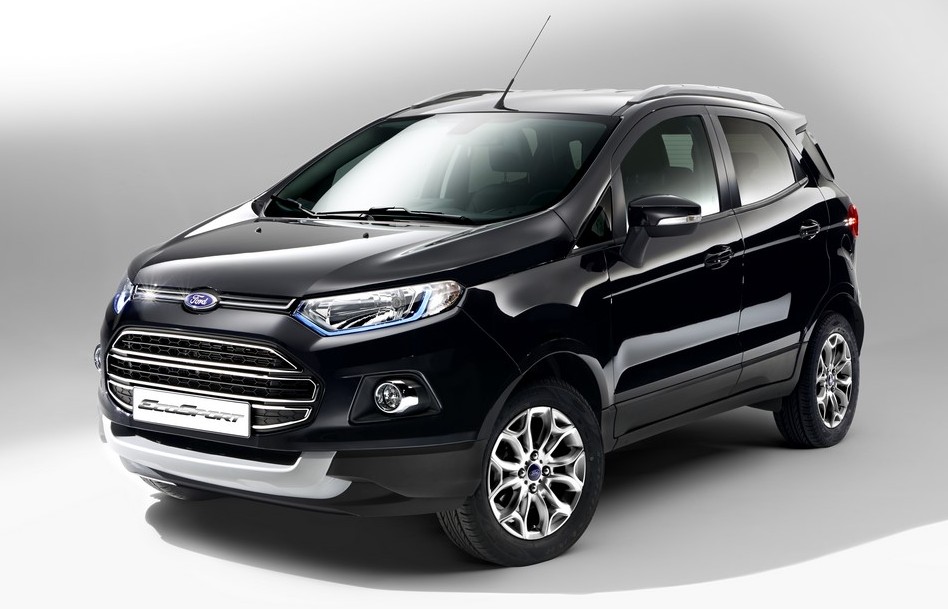 The updated EcoSport in the UK gets improved revisions to the springs, dampers, rear torsion beam, Electronic Stability Programme and electronic power steering settings (and a new steering wheel for Titanium trim too). The lower instrumentation panel, centre console and door boards are in charcoal black. The company also seems to have played around a bit with chrome. 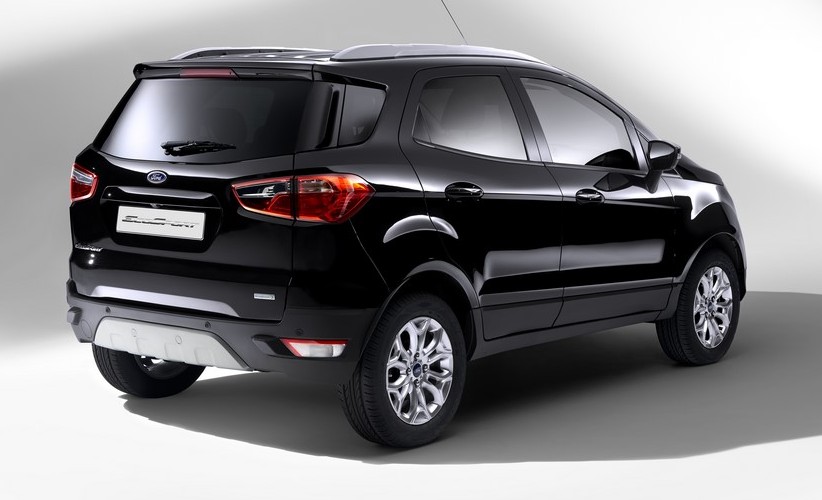 The petrol and diesel engines remain the same though the output of the diesel mill has been tuned up to produce 95 PS of power instead of 91 PS. Ford claims that they have worked on the engine and gearbox matching to offer more low speed torque and better driveability. The ride height too has been reduced by 10 mm. 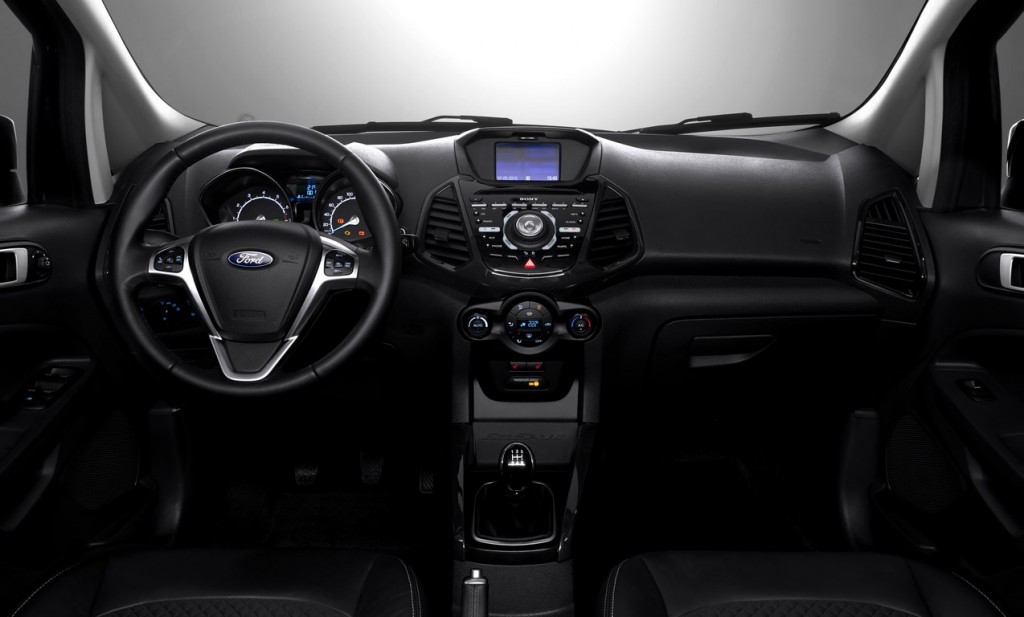 It is not a confirmation if this EcoSport in pictures is being tested for India and we hope it is NOT! Lower ground clearance, no exposed spare wheel are two of the prime-most reasons which will kill the small SUV-ish credentials of the Ford’s game-changer in India. If the company is considering the EcoSport facelift for our market, let it come with that exposed spare wheel.