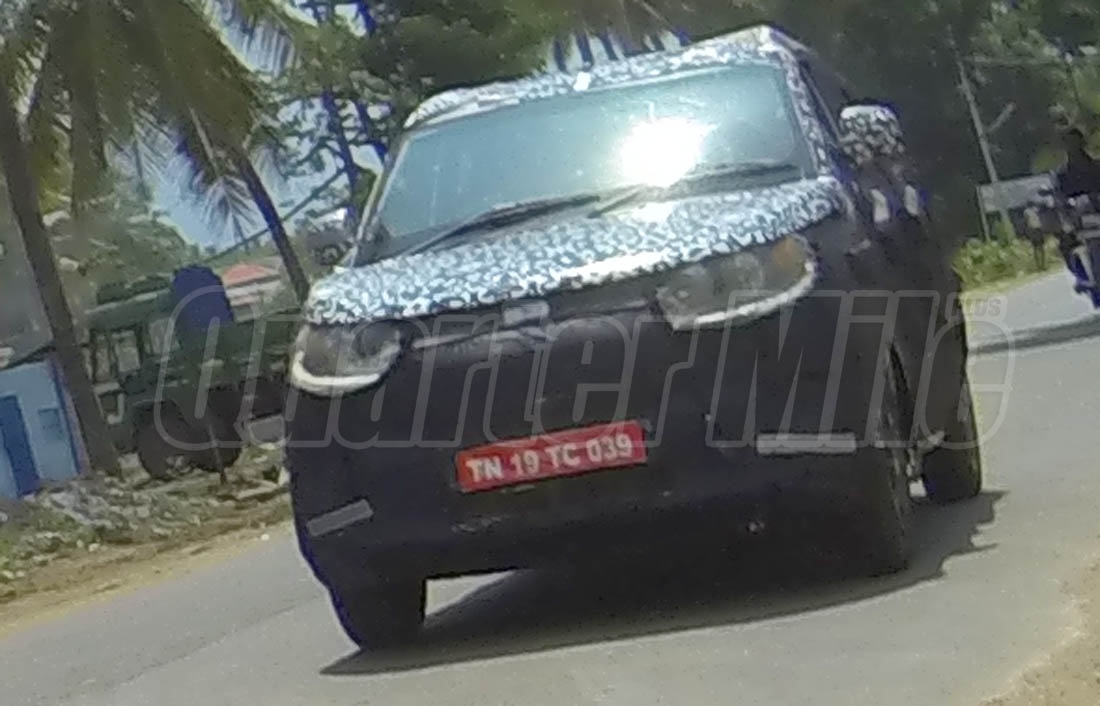 After tons of spyshots, Mahindra’s upcoming compact SUV, codenamed as S101, has been spied again by the folks at quartermile.in and this time we get to see the production ready headlamps for the first time.The rear lamps though continue to be a dummy.

The slightly rounded wide headlamps are very different than the rendered images which surfaced on the web a year back. They, though, do have a lot of inspiration from the company’s flagship XUV500. Interestingly the small grille gives it a very EcoSport-like face.

This frontal shot also hints at an aggressive sharper face. Though the pic is not clear,but those underlines can just be LED daytime running lights. So, slowly S101 is gaining shape and it would not be long before we begin to get proper near-production mule spyshots.

S101, the compact SUV, which was captured upon a test mule crash a few months back, is one of the most awaited products from Mahindra’s stable. The S101 will be produced at the new 4000 crore Mahindra’s facility coming up in Tamil Nadu, and hence do not expect it to hit the market before next year. S101 has been under road tests for more than a year now and is well on track of following Mahindra’s policy of teasing with prototypes for a loooong time. 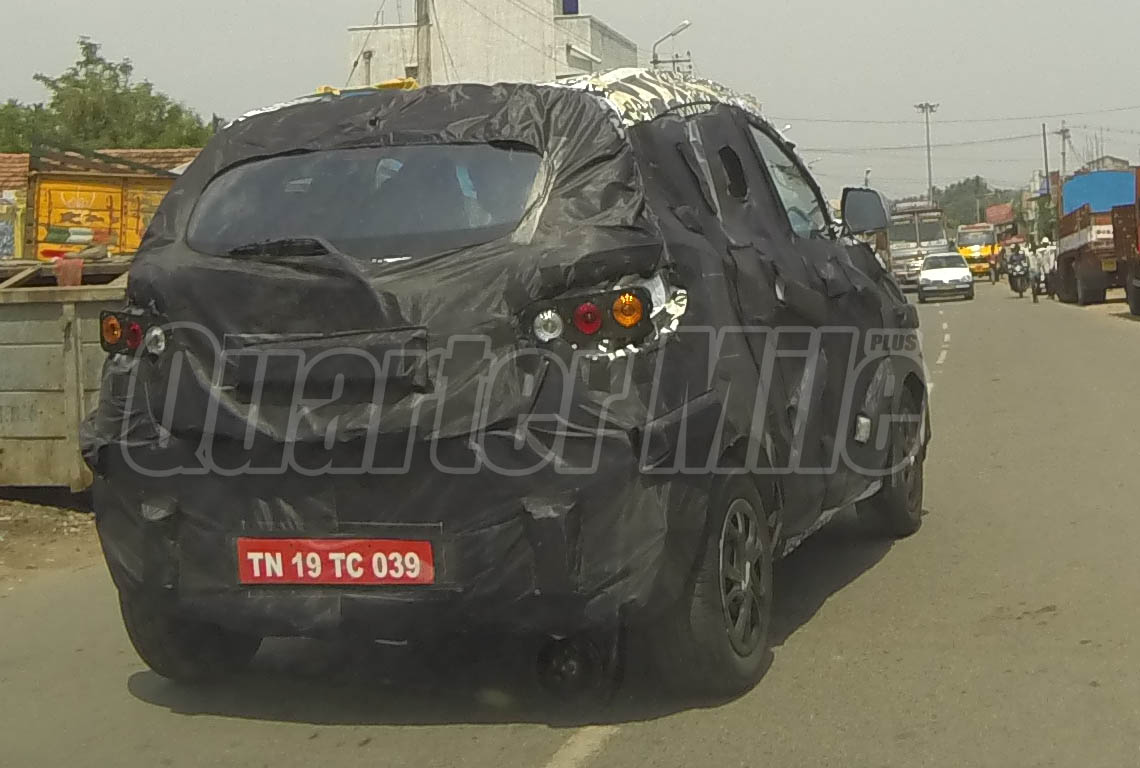 The most important bit is the fact that S101 will be a sub 4 meter car which will attract lesser excise duty benefits and will most probably get a new 1.2L petrol engine and a sub 1.5L diesel engine. This would also be Mahindra’s second vehicle to have a monocoque chassis (XUV500 is the first) and is based on a new platform which Mahindra engineers have built from scratch.

The spy shots also give us a clear view of the rear tail gate and we believe that it will house a spare wheel just like the Ford EcoSport (Spare wheel is not counted in the overall length of the vehicle in India).

According to earlier speculations, S101 is expected to be priced at around 5 Lakhs and there is another more luxurious project which is under works (codenamed as S102). After its launch in 2015, it will be the first true rival of Ford EcoSport in India. Mahindra can also use the brand name of ‘XUV’ to name S101, possibly XUV300!