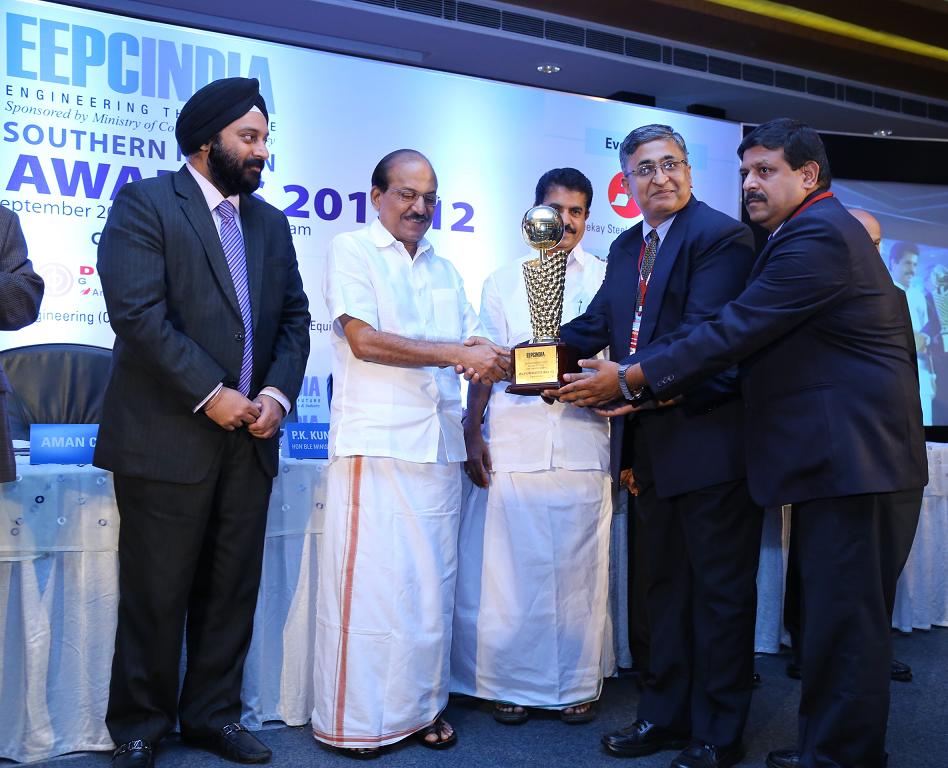 Hyundai Motors India has become the ‘Top Exporter of the Year for 2011-12’ in the category of ‘Large Enterprises’ for the Southern Region. The Second largest car manufacture of India was bestowed with the Gold Trophy by the Engineering Export Promotion Council (EEPC) India.

P.K. Kunhalikutty, Minister of Industries and Information Technology, presented the award to senior HMIL officials in an award ceremony held in Trivandrum.

HMIL has been India’s number one exporter for the past eight years consecutively. In 2013, HMIL exported 250,005 cars to as many as 125 diverse markets in Latin America, Middle East, European Union and Africa. The state of the art Chennai manufacturing unit of HMIL exports around 40% percent of its production capacity.

The easier availability of facilities and technical manpower has made India a wonderful place for manufacture of low cost cars for export. Benefiting from high exchange rates these foreign investments have become profitable. Hyundai motors began exporting in 1999 and gradually grew to be the biggest exporters. In 2004 HMIL commanded a lions share of 48% percent of total exports of car.

In April, 2013, Hyundai announced that the Eon would be exported from India to South Asia, Africa and other markets and thanks to one of our avid reader; we bought you the shots of Left Hand Drive Hyundai Eon caught testing on Chennai-Bangalore Highway. Volkswagen has followed a similar approach and has made India its export hub for small vehicles.

Their flagship Polo and Vento twins are exported to Arab Emirates, Malaysia and South Africa among other nations. Homegrown Tata motors and others are also aggressively expanding their global footprints and are using India as an export hub for small cars.