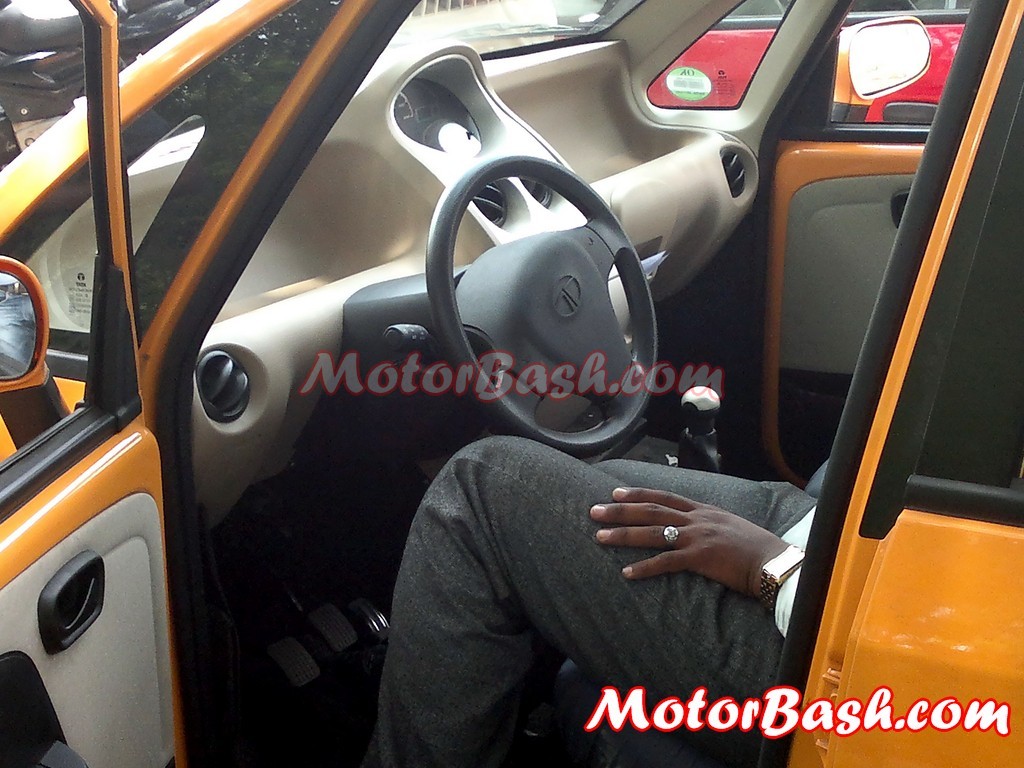 In April, the whole web circulated this news of Tata confirming the Left Hand Drive version of TATA Nano and here we come up with an exclusive scoop of the car.

Caught in Pune, this TATA Nano carried a paper printed ‘LHD’ at the back which caught my attention. Moving upto the drivers, one was skeptical to talk about anything related to the car but I caught hold of the other driver who was a little vocal. The first difference I could notice is the much meatier front wiper which obviously now was left inclined. 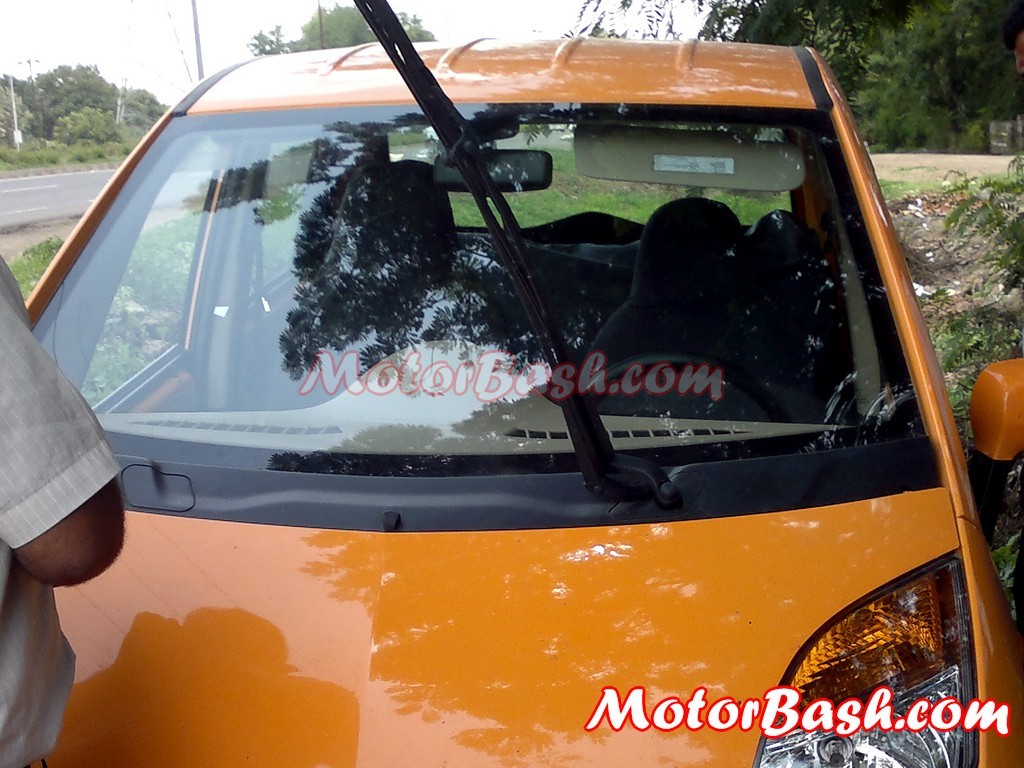 I also managed to snap the interior pic which reveals what lies inside. If you could spot any other differences do mention in the comments section below. There was another regular RHD Nano which was parked along with this car. The driver also confirmed that there are CNG Nano’s also being tested by TATA which makes us wary that the white Nano’s we caught earlier might have been the CNG Variants. He also confirmed that the diesel is also under test and when we referenced about the black color he replied in affirmative. However, he said there is no Automatic transmission that Tata is currently testing. 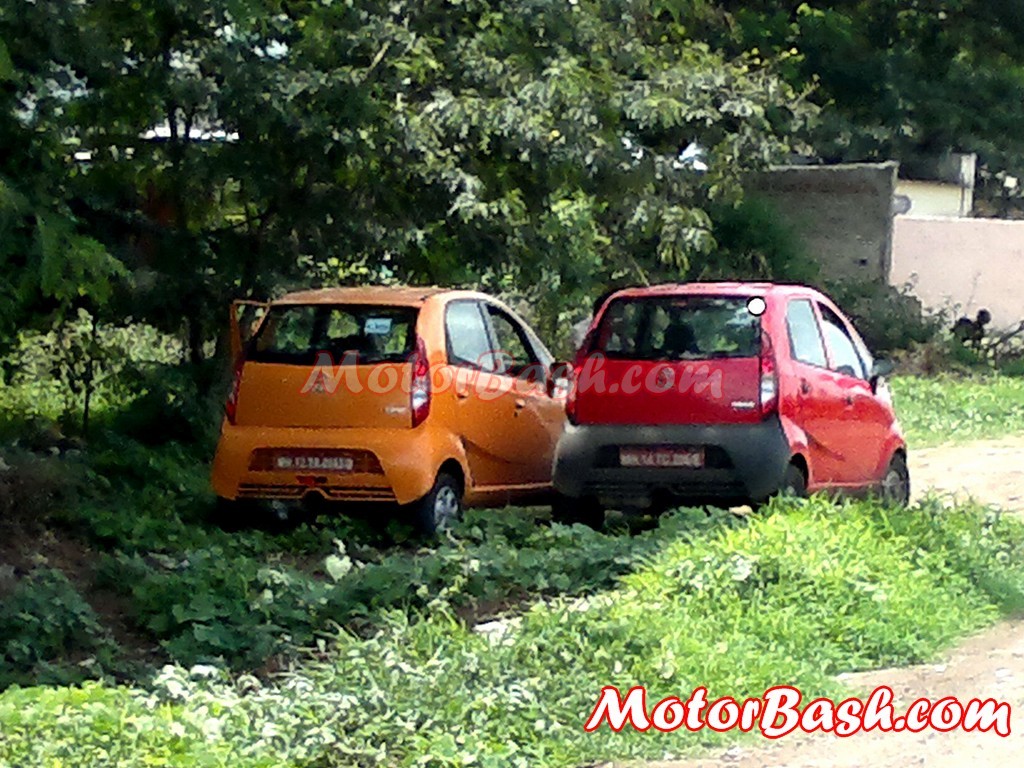 Tata already exports Nano to Sri Lanka and Nepal and working on Bangladesh. With this Left Hand Drive, Tata plans to cover Left Hand markets in Africa, South America etc.  Nano would be the cheapest 4-door hatch which would move out of the subcontinent. 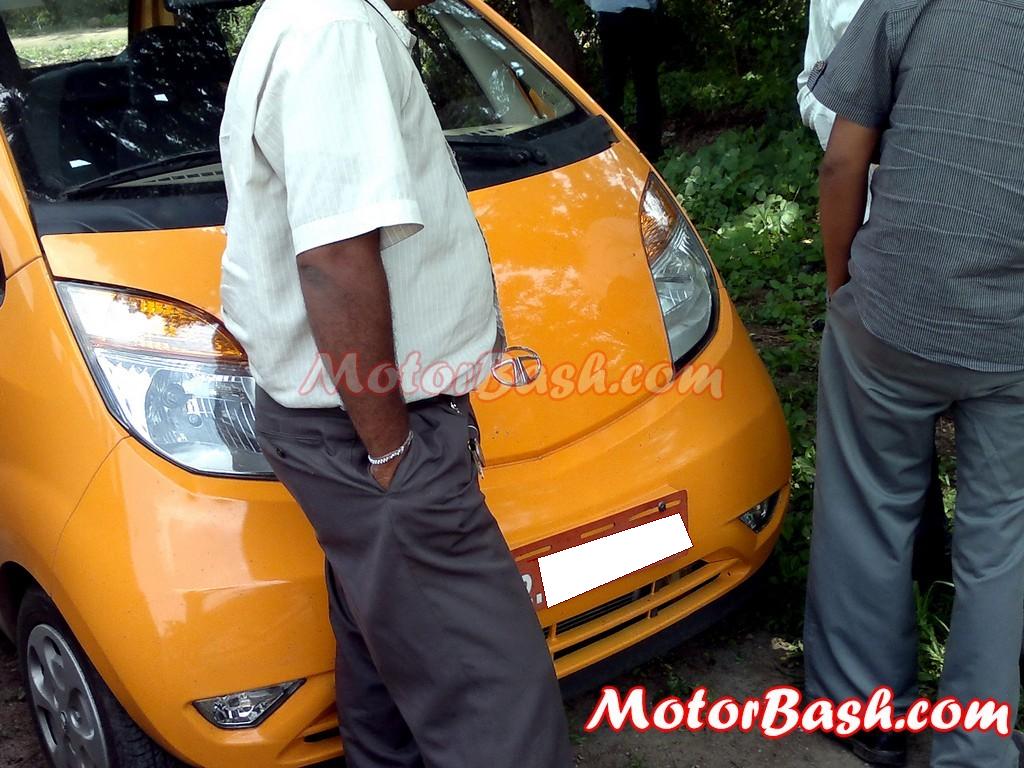 What was being tested in the Red Nano is not known. It could have been a regular endurance test vehicle or possibly something else which we might come to know later.

These spy pics add to our following list of Exclusive Nano scoops: