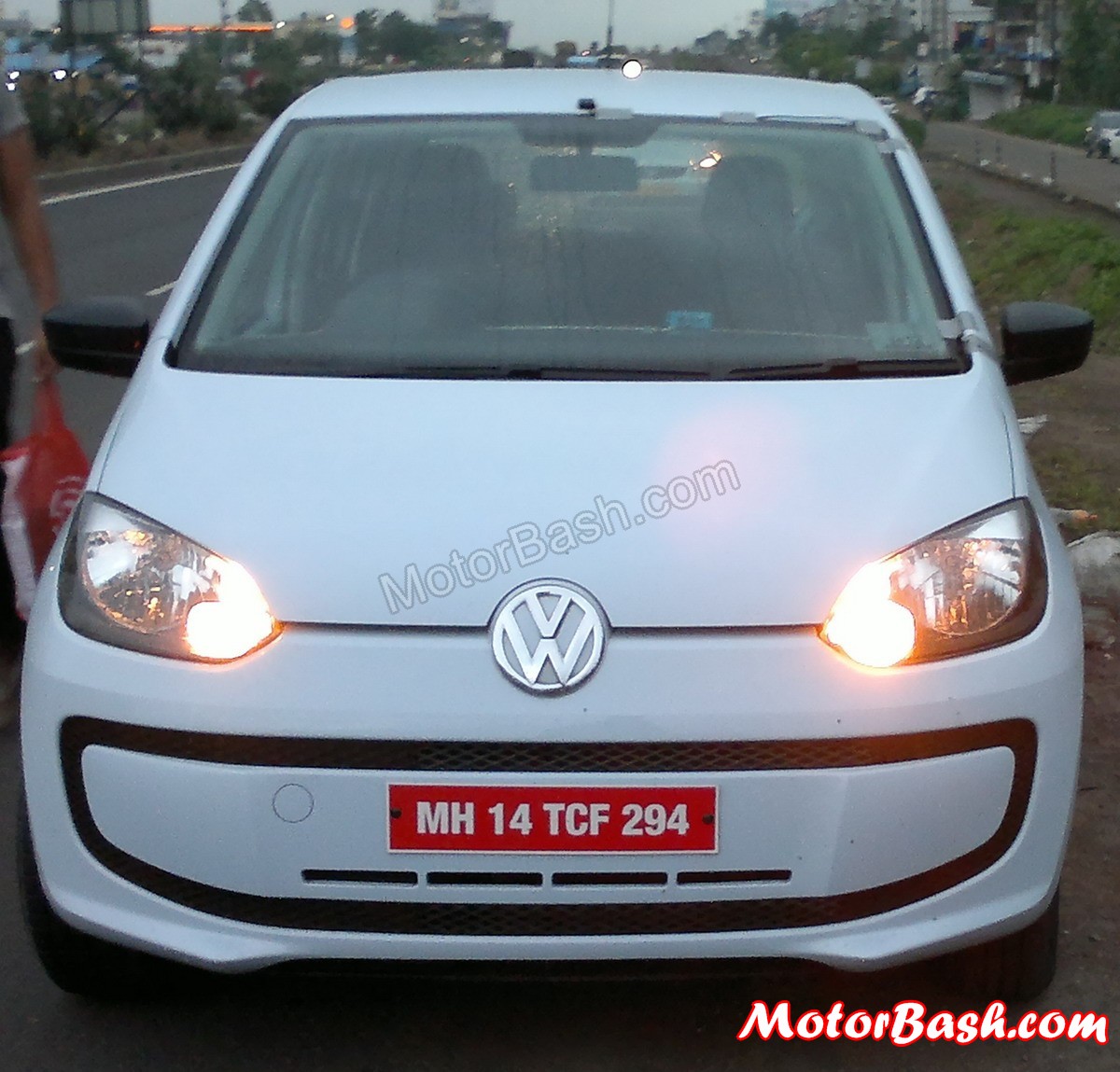 While the big scoop of Volkswagen UP back in July created a big uproar and came as a surprise, we catch the German carmaker’s small car UP again in Pune today.

While coming back from work, I spotted this cute looking car zipping past me. This is the proper 5-door UP which is expected to be launched in India. Since it was the Pune bypass highway this UP was speeding away to glory quite regularly near those 3-figure marks. After chasing it for a while the car stopped and I went upto the two fellows wearing ‘Volkswagen’ t-shirts and posed them a few questions.

Both of them declined to share any kind of information regarding this car. The car had rich all-black interiors. The rear seats were flatter with fairly decent legroom. There was some kind of a gadget attached to the car which you can notice on the dashboard.

This variant did not have central lock (not even manual one) as both the officials had to manually lock all the doors. This UP did not have power windows as well. It sported Apollo radials ratings of which I could not notice. It was a cute looking car which would definitely find good buyers if priced sensibly.

Volkswagen would place UP under its current Polo and it would compete with hatchbacks like WagonR, Hyundai i10 among other similar ones. When would Volkswagen launch it in India is not known!

Check out the following pics and do tell us – Would YOU Buy One?