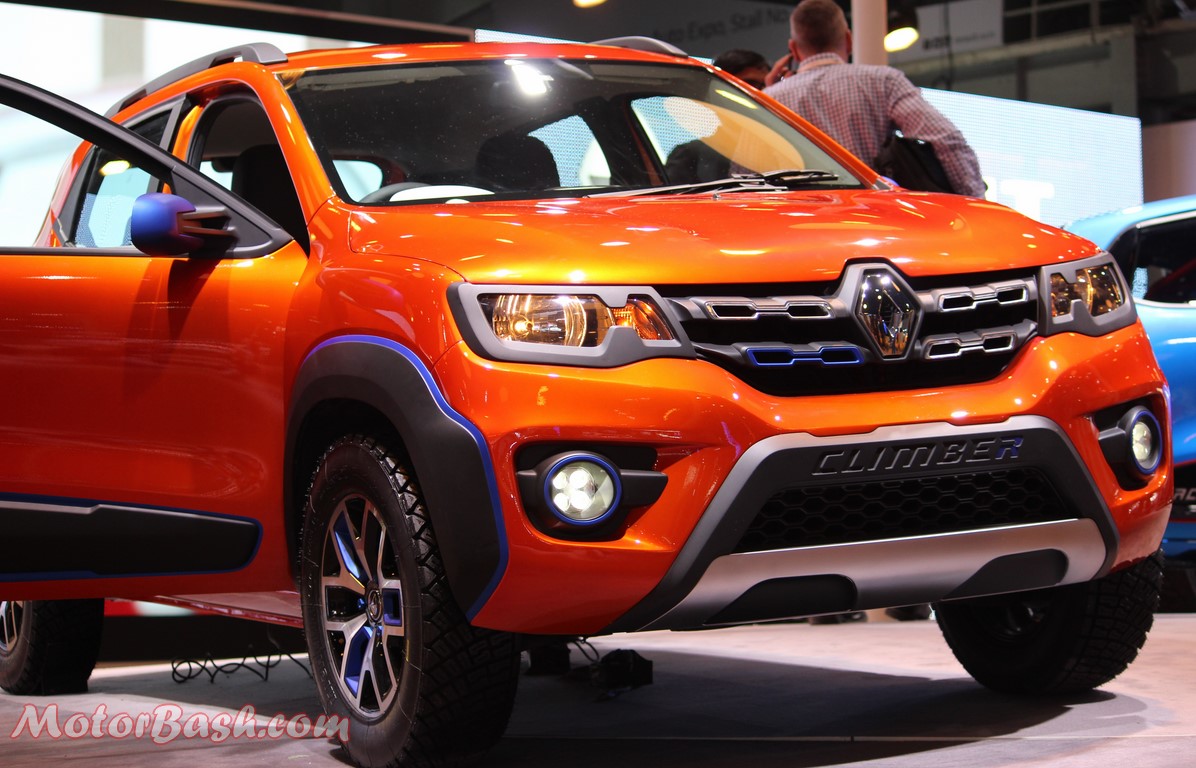 Renault India has showcased two breathtakingly good concept models based on the Kwid hatchback, the entry level car which has won everyone’s heart in India. They are calling them as Kwid Climber and Kwid Racer, both of which look stunning. Without wasting a minute let us quickly get a look at them…

Kwid Climber is an off-roader which boasts of a higher ground clearance, short overhangs, wide track and tyres that are specially designed for wild tracks. It is something adventure lovers will rejoice and Renault says it has been built to take you on an adventure over the road not taken.

The compact car gets side protective cladding, big bumpers and diamond effect wheels. The Flame Orange colour, also pictured on this page, helps in highlighting the the sculpted lines of the body. The wheel arches are in electric blue, the head lamps are placed in a special protective housing which gives it an all-terrain feel. As per the company, the Kwid Climber was designed to develop the hatchback’s SUVish capabilities. 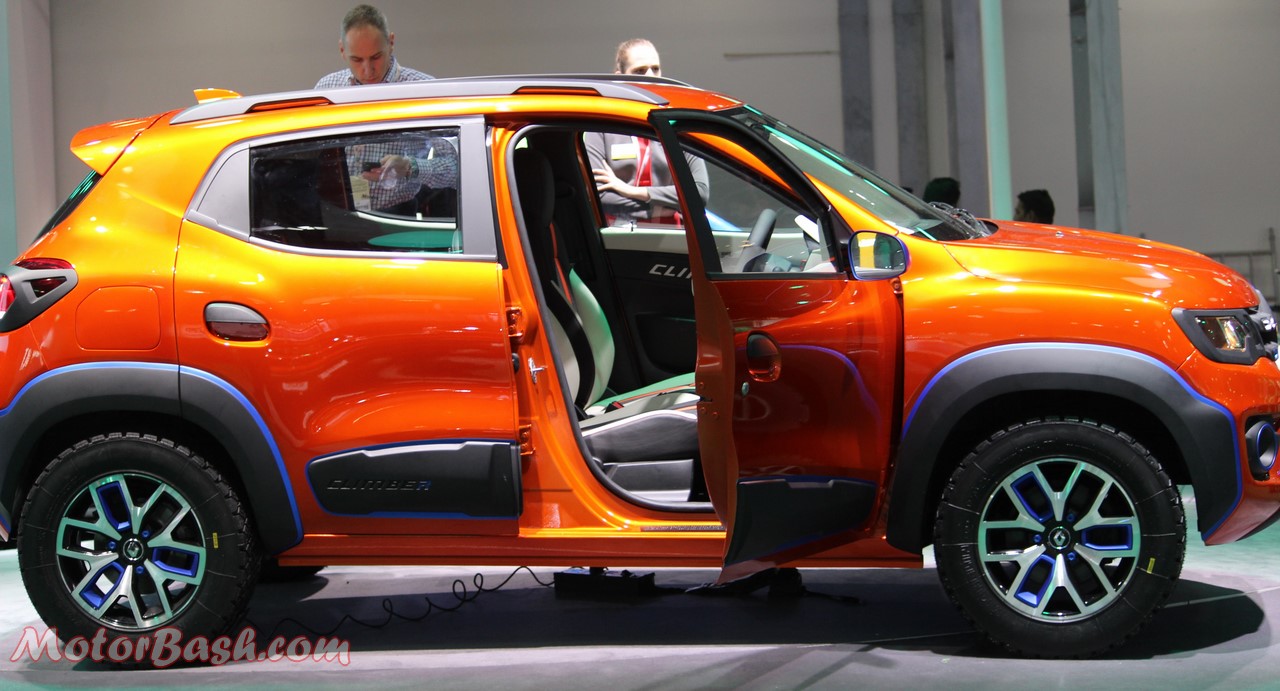 18 inch wheels, low profile tyres, honed aerodynamics, bucket seats (with a four point harness) and a roll cage! Yes, that’s the USP of this sporty looking metallic blue Kwid Racer. The air intakes have been made wider suggesting performance, while the diffuser and spoiler aiming to improve handling with more downforce. 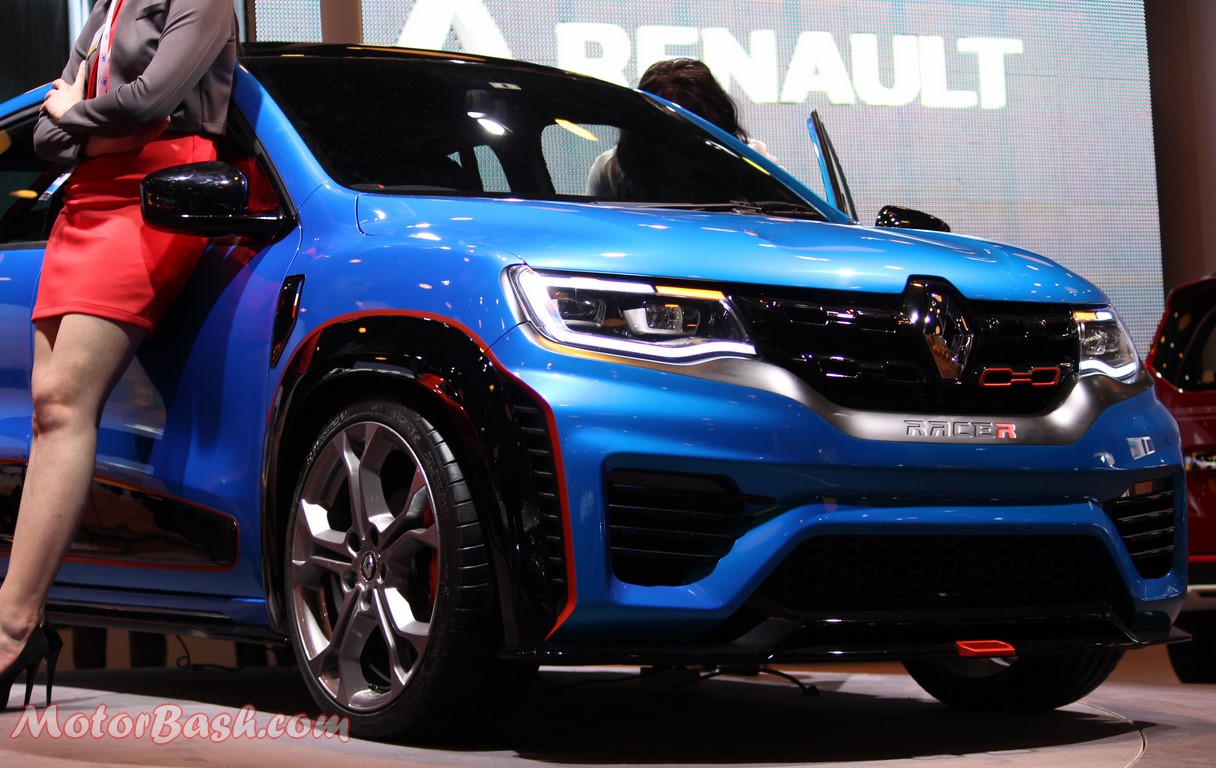 Interiors get Alcantara, aluminium and carbon with the Titane Black trim getting emphasised with anodised red which lends it a feel that it belongs to the world of motorsports. The totem console in the centre of the dashboard displays the telemetry data so the driver can track his or her performance in real time. 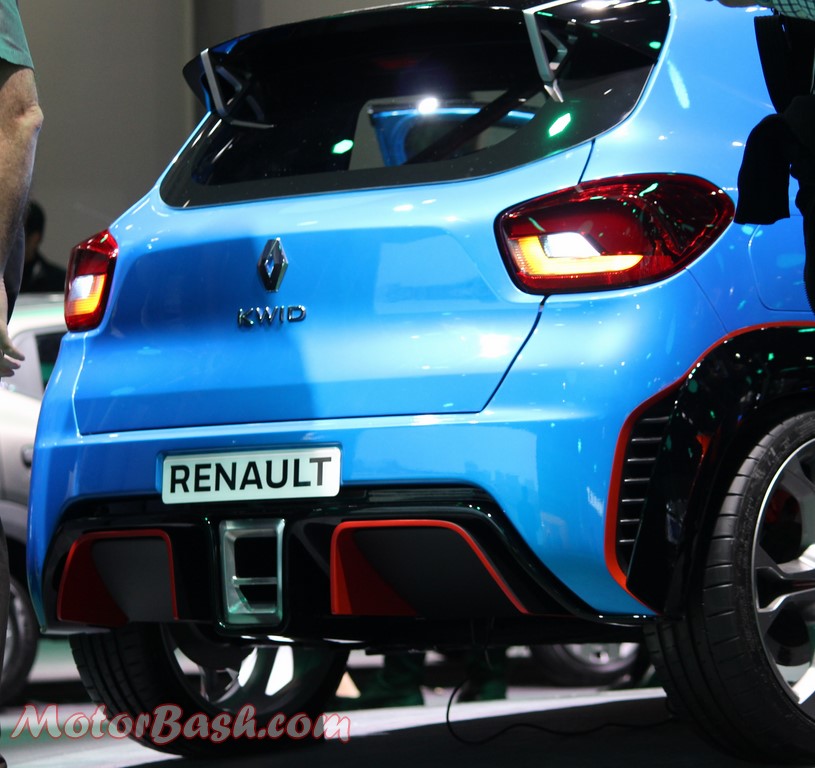 So these are the two absolutely marvellous concept cars based on Kwid Renault showcased at the Auto Expo. Whatever they are we are sure they will suggest ideas to what extremes can the muscular little hatchback can be taken!