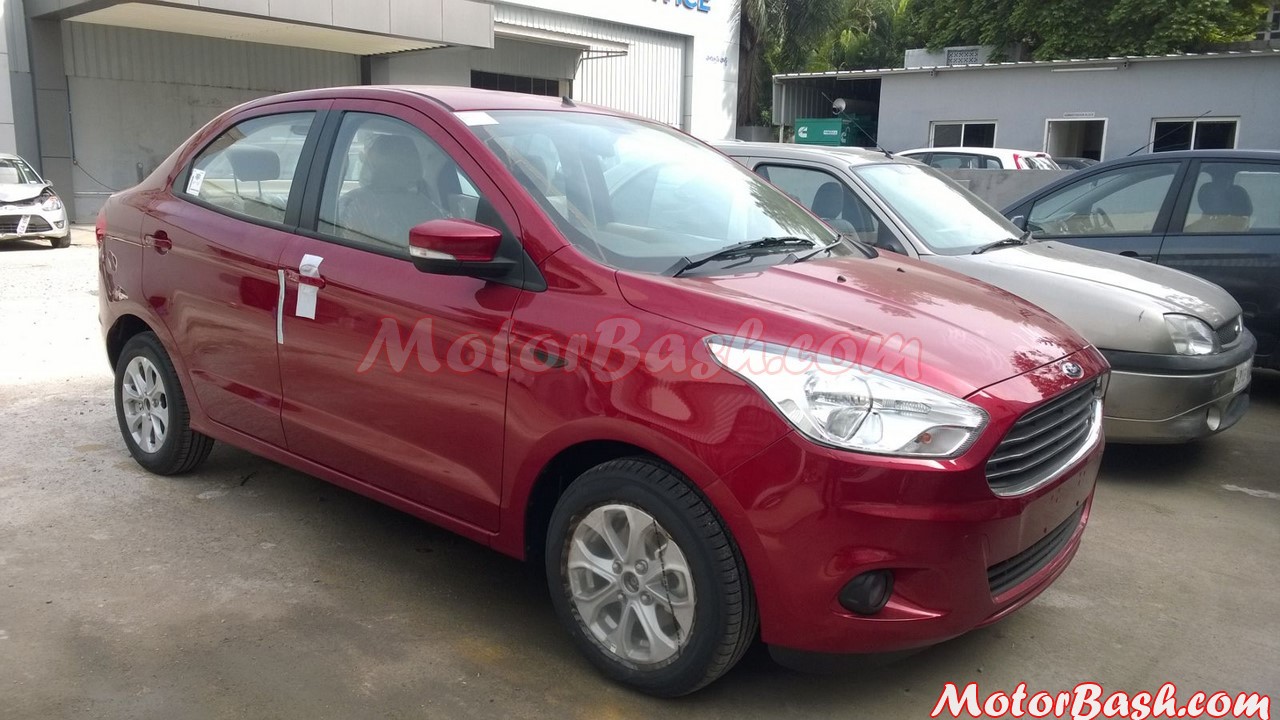 Ford Figo Aspire, which is meant to be a replacement of the Classic (we will miss you 1.6 🙁 ) and Ford’s entry into the sub 4 meter compact sedan segment, has started reaching dealerships. One of our friend from Hyderabad has sent us these pictures of the car from a dealership stockyard in its promoted color – maroon!

Figo Aspire is Ford’s first car to be manufactured from their new Sanand plant, which will be followed by its hatchback version within a few months. Powering the car will be a 1.5 litre diesel mill seen on the EcoSport as well as the Fiesta, this time though it will produce 100 PS of maximum power instead of the 91 PS output of the older cars. 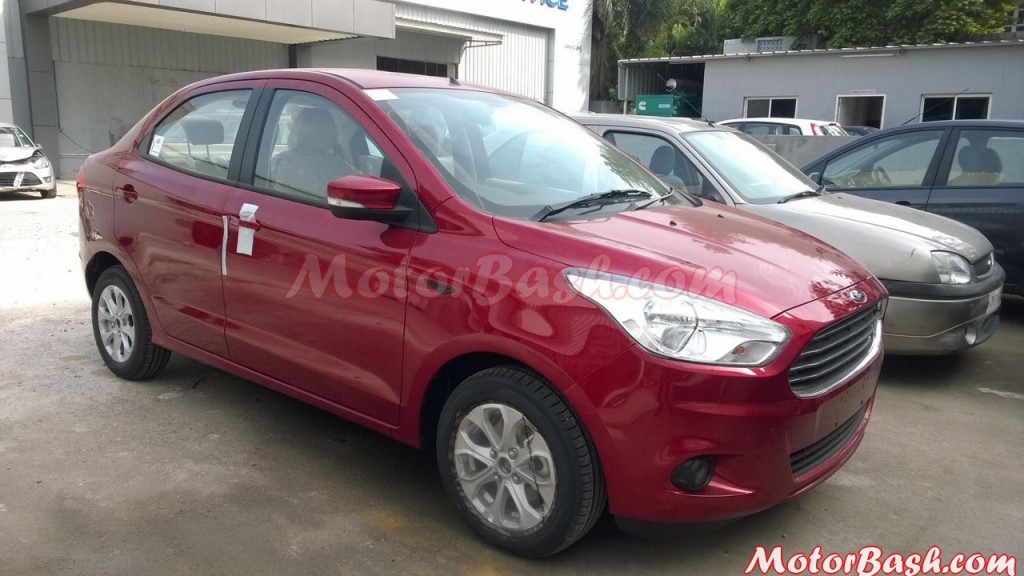 The petrol will include two engine options, a smaller 1.2 litre and the bigger 1.5 litre mill, again from the EcoSport which will be mated with the same 6 speed dual clutch automatic transmission. The top end variant will get 6 airbags which include first in class side and curtain airbags. It also gets ABS with EBD, EPS and hill launch assist. 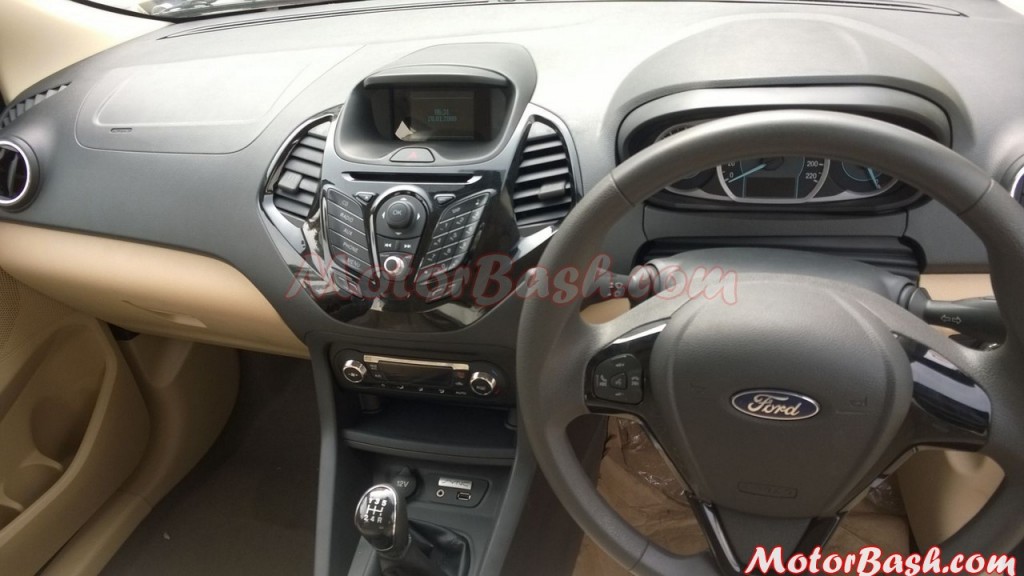 The pictures reveal that the dual tone interiors will sport a familiar looking infotainment system with the same design philosophy as seen in the EcoSport and Fiesta. The steering wheel gets shiny black plastic which is a bit different from the usual chrome garnish that manufacturers end up adding. 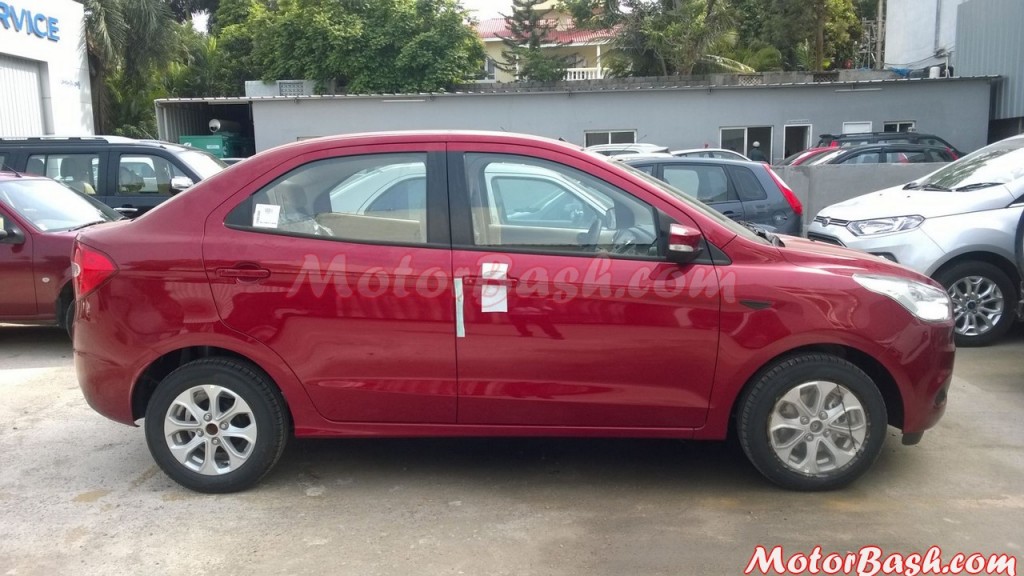 Also Read: Not a Single Fiesta Produced Since May 2015: More Powerful Facelift in the Making?

The compact sedan segment in India is full of competitive products which include the likes of Maruti Dzire, Honda Amaze, Tata Zest and Hyundai Xcent. But let us accept that the Aspire looks the most proportionate! We have seen Ford surprise us with EcoSport’s pricing and a similar attempt can be expected for the Aspire as well. Launch is during the first few days of August!