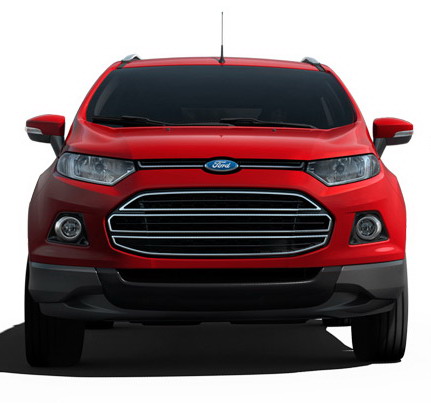 Ford’s upcoming Ecosport is easily the most awaited cars in the coming months. With each passing day we are witnessing new developments, rumors and speculations.

While we listed 4 major reasons which are a recipe to expect a competitive price for the Ecosport in the Indian market, unless Ford wants another Fiesta! We already know that the compact SUV will come in:

Now, there is a big confident speculation going on in the town that Ecosport will come with 3 engine options – 1.0L Ecoboost petrol engine along with the 1.5L Diesel and 1.5L Petrol engines from the new Fiesta. While the first two engines really make a lot of sense and interest, it is the third 1.5L Petrol engine which puts a question mark!

Will it really make sense for Ford to launch 1.5L petrol mill from Fiesta? Here are Five reasons which make us wary about the possibilities.

1. 1.5L Petrol engine doesn’t come under ‘Small’ Car: By the definition of ‘Small Car’ in our excise duty terms, it should be under 4 meters is just one part of the story; it should also come with a petrol engine lesser than 1.2L (1.5L for diesel engines). And with the 1.5 Petrol engine, the lowest excise duty advantage will be lost out.

2. Presence of Ecoboost Engine: While the 1.0L Ecoboost engine pumps out 120PS of power output and 170Nm of guzzling torque from its 3-pots, presence of 109PS/140Nm 1.5L engine from Fiesta doesn’t seem to make much sense to us.

3. Two petrol engines in a dieselized India?: We all understand the current scenario of India. For cars having petrol as well as diesel variants the ratio has got reduced to 15 or lesser petrol cars for every 85 diesel cars sold in the country, will Ford want to try to make a game of nothing? It doesn’t seem sensible to us.

4. No Mention of 1.5L Petrol at Ecosport’s site: A quick glance at Ecosport’s official Indian site and you will see that they have talked about EcoBoost in detail. To clarify, they have specifically mentioned “A diesel engine is also available“, however there is not even a zilch of a hint of the 1.5L Petrol.

5. Pricing and placement: For an instant, even if we consider that there are two petrol engines. How will Ford price it? Where will they keep it? Since EcoBoost is a latest breakthrough and it would debut in India, it is obvious that it will be priced at a little premium. Even if Ford were to keep the 1.5L under the EcoBoost, the extra excise duty (on 1.5L Petrol) will nullify any cost advantage Ford might be planning. 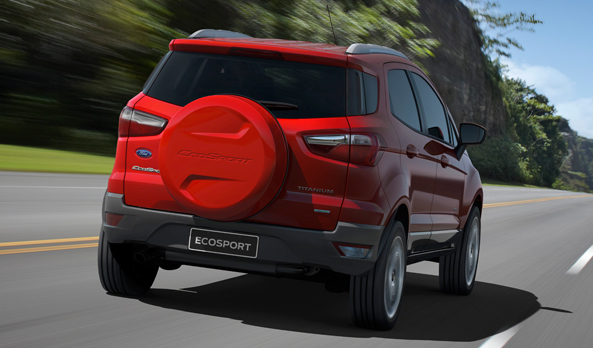 All these reasons and considering the competition, we strongly feel that Ford might launch the Ecosport with only a single petrol EcoBoost engine and 1.5L Fiesta’s diesel mill. There might NOT be any 1.5L petrol engine at all. It just doesn’t make much of a sense by complicating things which might not have a real big potential to sell. This is definitely not our claim, but a logical analysis. Let’s wait and see if Ford has any other plans.

2 thoughts on “Five Reasons Why Ford Ecosport Might NOT Get the 1.5L Petrol Mill From Fiesta”