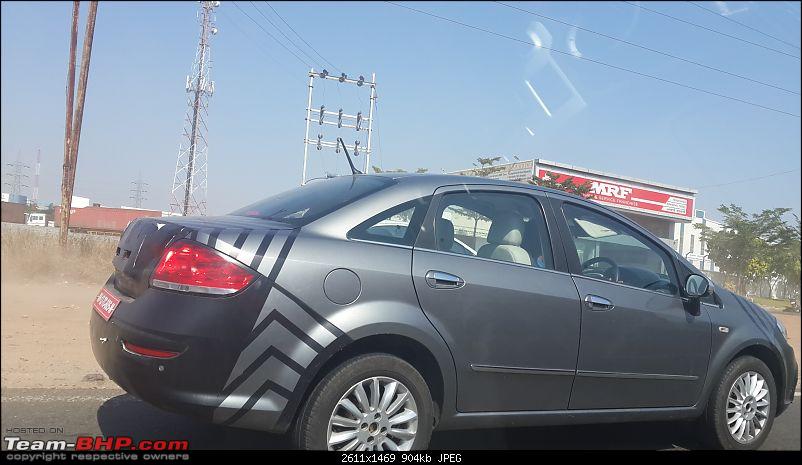 If you are considering buying a premium C-segment sedan in India, we suggest you to wait a while even after the All-New City (with diesel) which launches on 7th of January.

Simply because after the Japs, it is the Italians that will make us dance to their tunes. MotorBash busted, 2014 Fiat Linea facelift is coming early in 2014. It will debut the 1.6L Multijet diesel engine in India as has been officially confirmed by Fiat India.

And just before we get the actual glimpse of what is coming our way, Fiat continues testing the car in and around Pune. In a new development, a Team-BHP forum member, ceebeezee, has spotted as many as 5 test mules of the 2014 Fiat Linea Facelift with front and rear camouflage.

In one of the spottings earlier, 3 test mules were snapped. Testing so many cars at one go hints at the possibility of multiple engine options that the 2014 Linea Facelift will/may come equipped with. 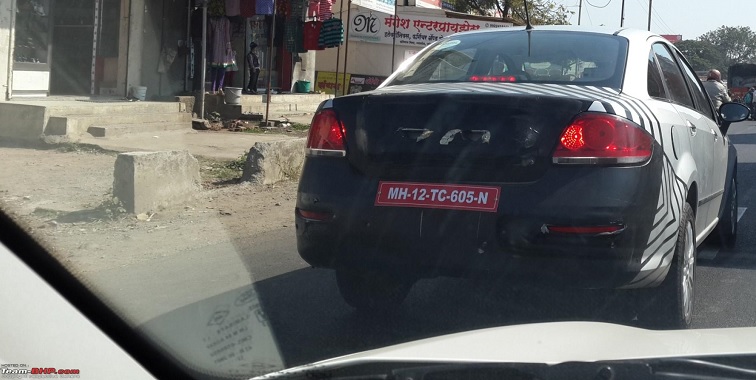 Fiat’s 1.3L MultiJet Diesel Engine – List of All Indian Cars that Run on it

There is also a possibility of different tunes of the 1.6L Multijet that are being tested. Considering the immensely potent 1.3L Multijet, expectations are high with the 1.6L bigger sibling. The 1.6L Multijet produces 105hp of power and 290Nm of torque and comes mated with a 6 speed gearbox.

We expect an Auto Expo unveiling/launch of this new Linea and if Fiat can price it well, we see a real interesting preposition; one which can unsettle the current best sellers!

Also Check Out: Fiat’s Upcoming Crossover To Be Based on Punto: New Details Spilled; Launch in 2014