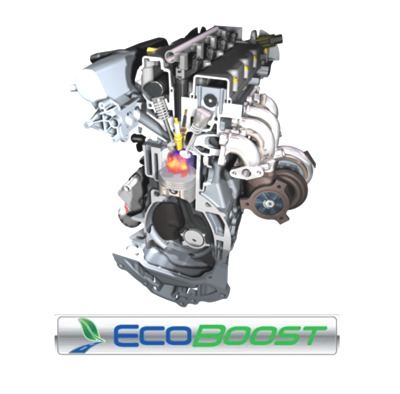 Almost all of us were wondering how Ford managed to extract that huge power outputs from those EcoBoost Engines. Little did we know that these engines are made from a by BorgWarner supplied super-alloy which used in fuel pumps of a space shuttle!

This alloy is made from a mix of Tungsten, Cobalt and other materials. High strength of this alloy prevents itself from deformation at high temperatures and oxidation. This alloy is common in jet engines or anywhere that material has to be functional under high heat and forces.

Ford reveals that use of this alloy will allow the turbocharger to have longer operational life. Turbochargers made from this super-alloy can function at temperatures up to 1,050° Celsius (1,922° Fahrenheit). Adoption of these materials allows Ford to increase the power output of the 2.0-Litre EcoBoost Engines to 270 HP from earlier 240 HP. EcoBoost engines that aren’t using this super-alloy, are equipped with a turbocharger which is functional at temperatures up to  970° Celsius (1,778° Fahrenheit).

In India, we will get to see the first traces of EcoBoost engines in the upcoming Ford EcoSport which will get a 1-L Ecoboost petrol engine which is claimed to extract power/torque outputs similar to a normal 1.6L engines with supreme fuel efficiencies.