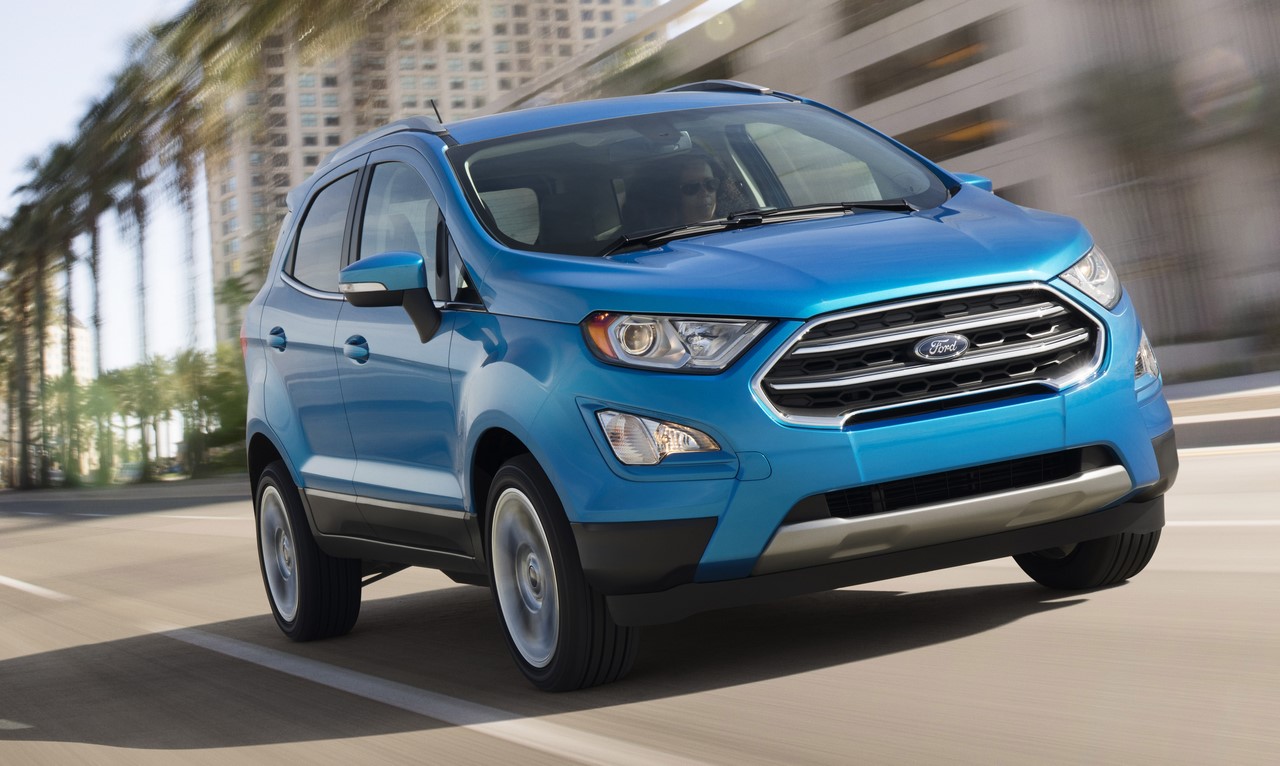 Ford has unveiled the Ecosport facelift at the Los Angeles Motor Show. This mid-life facelift also marks the compact SUV’s entry into the US market. Bringing in some cosmetic changes, we expect this version to be available in India sometime next year.

The new EcoSport gets a new headlamp console. The grille has been redesigned to lend it a more mature look. The two-piece setup now gets a one-piece assembly. In fact, the entire front fascia has this no-nonsense image, typically seen in the bigger SUVs by Ford. There is a pseudo-skid plate both in the front and the rear. 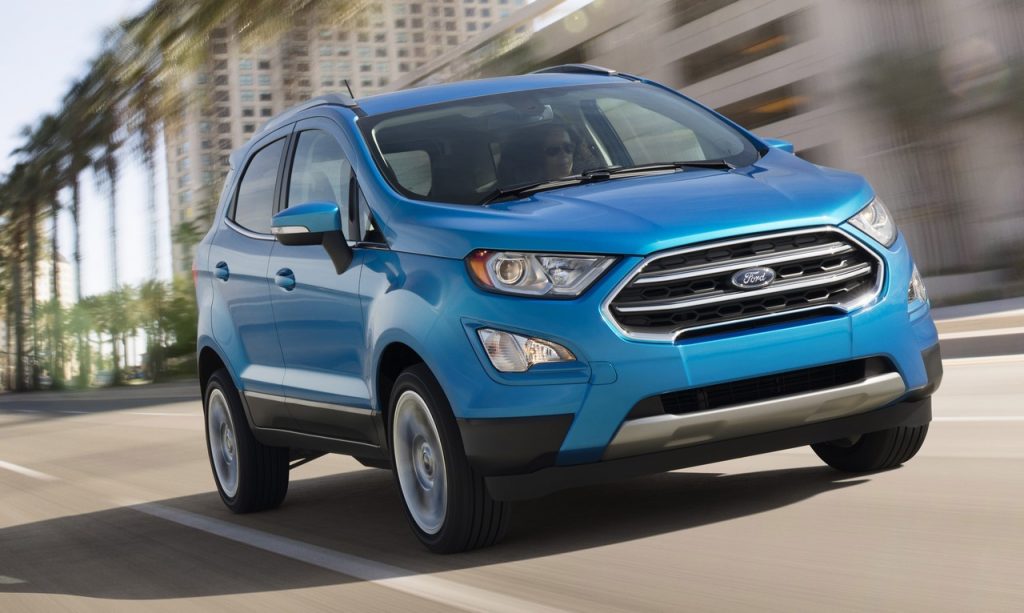 The fog lamps too have been reshaped. The rear does not get a spare wheel, but in all probability, the Indian version will continue to carry one. The dash gets a new layout for the centre console. The silver finished surfaces in the present version are replaced by body coloured inserts. The instrumentation console and steering wheel are new. 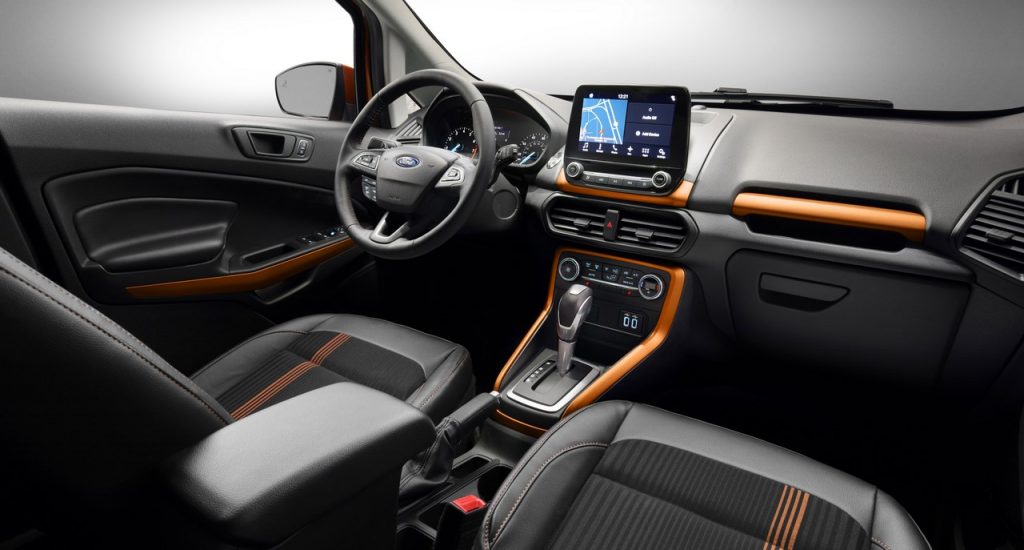 A new 8-inch infotainment system can be seen. It is supported by Ford’s SYNC3 system. The touchscreen infotainment system will be a welcome move from the one seen in Indian models so far. A 675 watt audio system is also available for the top end version. The US version will be available in four trims (S, SE, SES and Titanium). 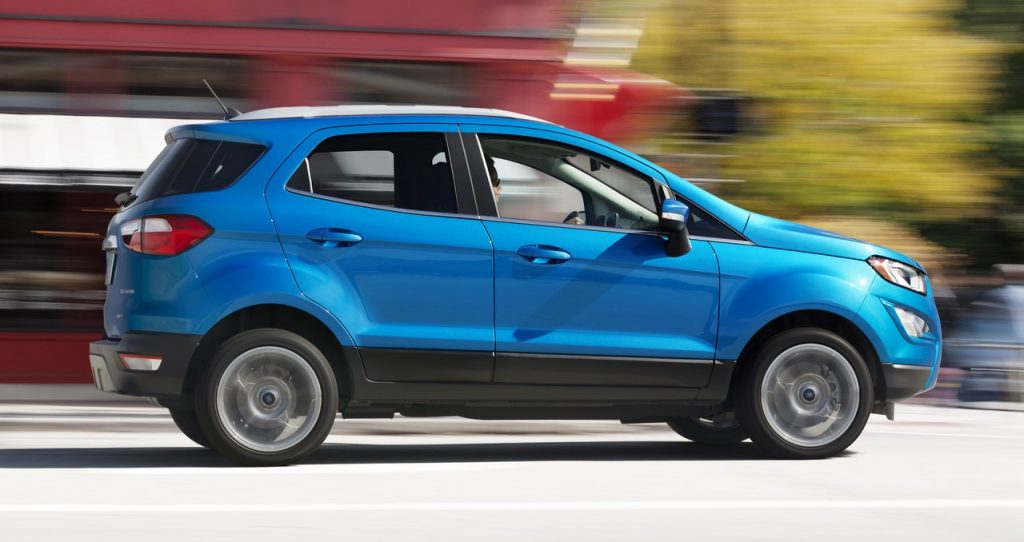 The SES trim level gets Intelligent 4WD, sport-tuned suspension and steering. Powertrain options include a three pot 1.0-litre EcoBoost mill and a four cylinder 2.0-litre mill. Both the engines are mated to a 6-speed automatic gearbox. 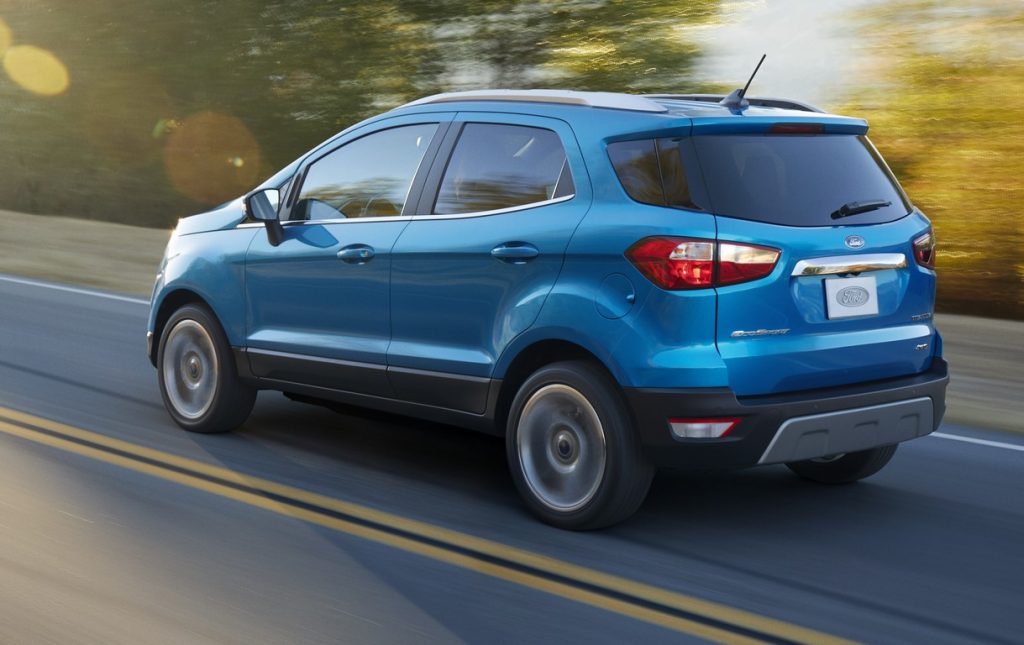 The new EcoSport gets as many as 30 storage pockets, bins and hooks. A cargo management system at the rear features a movable floor board and fold-away second-row seats to provide a flat area for moving furniture and other larger items.

The Ford EcoSport will be available in the US in early 2018.