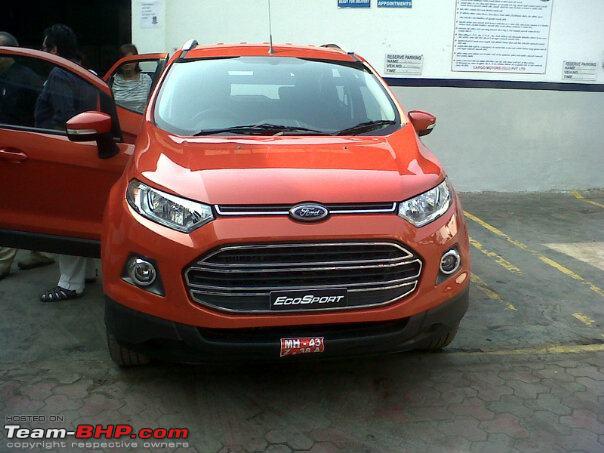 It was just a few days back when images confirmed that EcoSport has reached dealer’s yards in New Delhi. Now, we have a few more images of the EcoSport, carrying temporary registration plate of Navi-Mumbai, Maharashtra.

This car was spotted in some dealer’s yard and we assume it to be somewhere in Mahrashtra. It’s pretty clear from the images that this car wasn’t a test mule considering that the test mules bore TN number plates. So we think it would be pretty fair if we say that the launch of this Compact SUV is closing in fast. We expect this baby-SUV from Ford to be officially launched by the end of February – early March. 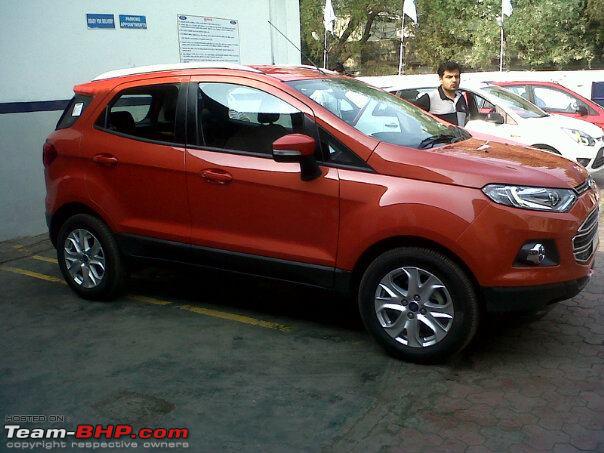 We have discussed a lot about the possibilities, features, pricing and offerings of this much talked about car. Recently, we shared a video of the EcoSport with Flashing DRLs (Daytime Running Lamps), a feature that is available in Brazilian EcoSport but was suspected to have been omitted by Ford for India. 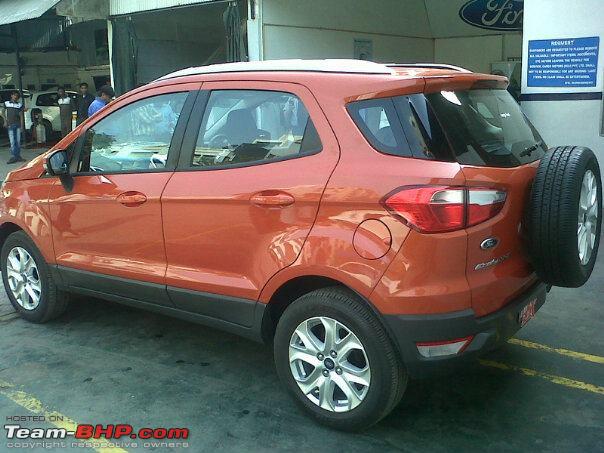 The EcoSport is quite expected to be the next revolution in the segment after the groundbreaking success of the Renault Duster. The EcoSport is supposed to be priced sensibly, and here are four main reasons why!

Keep tuned to MotorBash for more news regarding the upcoming EcoSport, as we are dedicated to bring you the latest!