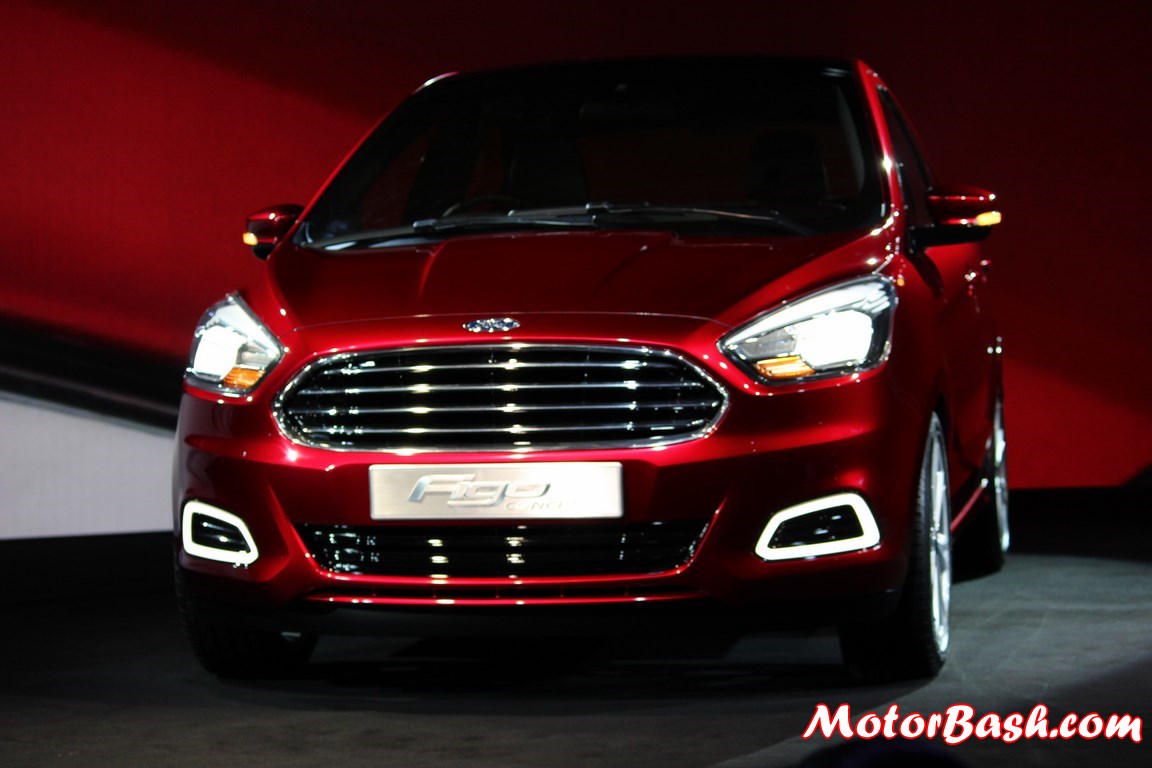 Ahead of the Auto Expo 2014, Ford has unveiled the much talked about compact sedan and it is being called as Ford Figo Concept. The global compact car from Ford has some real interesting bits and and clever design and is aimed at India and other emerging markets.

The car is less than 4 meters and it is one of the few sub-4 meter cars that happen to look good in pics and real great in person. And it is no accident either. The designers at Ford had the goal of bringing high level of refinement to this segment of cars and the Figo Concept has design elements usually seen on more upmarket cars, specially the glossy paint finish it was finished with.

Speaking at the occasion of the unveiling, Kumar Galhotra, VP of Engineering and Global Product Development, said that choosing a compact sedan should not mean compromising on premium design or smart solutions. The Figo Concept, he said, offers a premium and refined feel than one expects from the B segment (Yes, Ford is calling it a B-Segment car). 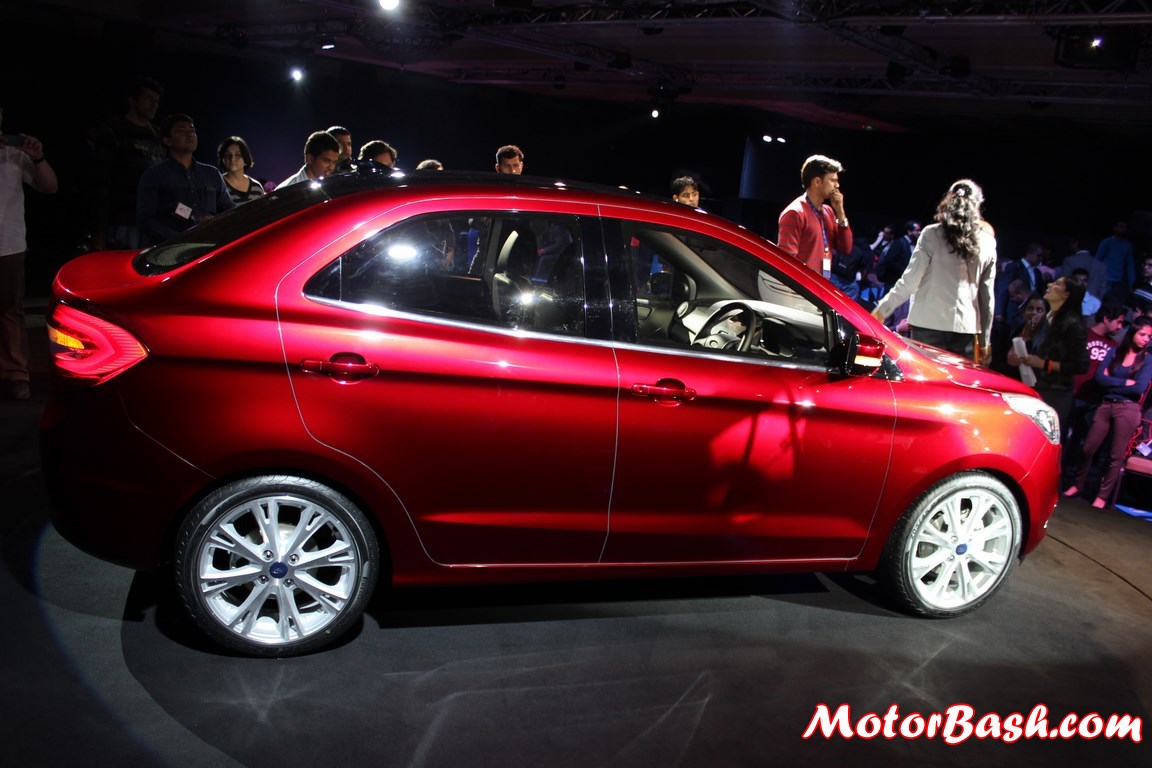 Ehab Kaoud, the chief designer (for EcoSport as well) who led design for the Figo Concept said that the idea was to create a premium, long-lasting design that is clean and elegant and which conveys a sense of precision, efficiency and sophistication.

Looking at the Figo Concept, it looks like the chief designer has succeeded. The concept has the trapezoidal signature grille giving the vehicle a powerful look. The inclined windshield and the elongated and blacked-out headlamps give the car a fast, sporty appearance. The sweeping, curved lines together with light catchers along the side gives the vehicle a robust and muscular presence. 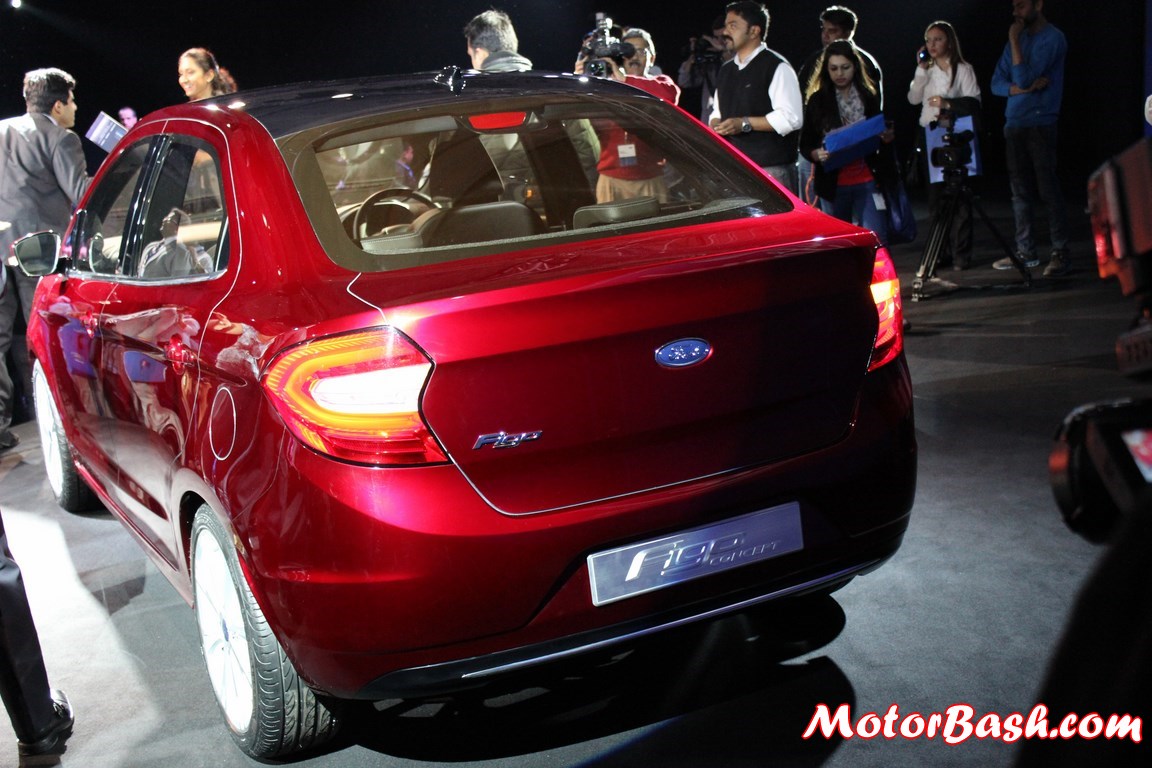 This was just a teaser of what we can expect from Ford and the company did not unveil its interiors, primarily because they are just not finished yet. The concept car on display had absolutely unfinished interiors and Ford confirmed that they will reveal the interiors soon. However, all you guys who have just planned to defer your booking of the Amaze, do it at least for more than a year because the Figo sedan will be launched only in 2015, if not 16!