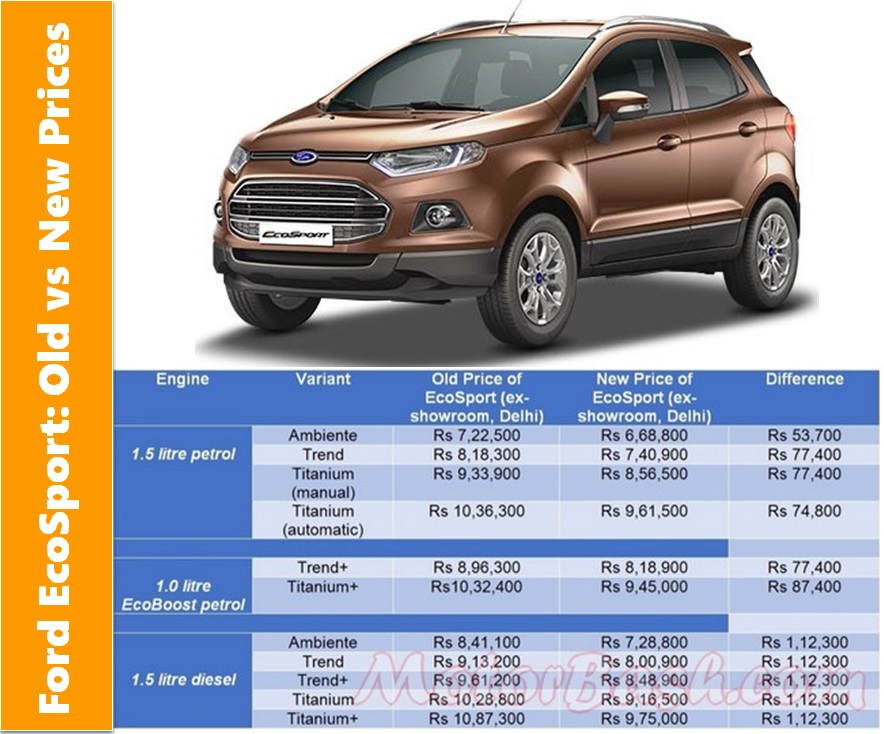 Now that was quick! Just a couple of days after the launch of the Vitara Brezza at real sense-making prices, Ford has quickly announced a reduction in the prices of its EcoSport. With a price difference so significant the company was set to lose significant ground to the Brezza which is anyway backed by the strongest dealer and after sales network in the country.

Applicable with immediate effect, EcoSport will begin at a starting price of Rs 6,68,800 for petrol and Rs 7,28,800 for diesel. The top end diesel now costs Rs 9.75 lakhs which brings it below the Rs 10 lakh psychological and luxury tax mark (all prices ex-showroom Delhi). Since its launch in 2013, the EcoSport has received several awards and has been the bread-earner for the US based manufacturer in India.

The diesel variants have seen the maximum drop in prices with all the trims becoming cheaper by massive a Rs 1.12 lakhs. For petrol the biggest drop is seen in the EcoBoost Titanium+ trim on which you can now save Rs 87,400.

This brings us to two real important points to ponder over….

During the last few months, they raised the prices so much that some variants stopped making sense at all. It took a Brezza to let Ford know that nothing is invincible. Nonetheless, now that sense has prevailed, EcoSport still remains our favourite compact SUV in this segment.